Nike won a record high of over 690 patent approvals in 2016, partially driven by a major expansion of patent applications the previous year. For a retail brand, Nike has been active in the tech sector over the years, collaborating with Apple, launching various wearable apps and devices, and making private market investments in artificial intelligence (via startup Reflektion) and supply chain optimization (via startup Llamasoft).

Based on this activity, we used CB Insights’ patent database to dig into some of Nike’s recent granted patents, which may indicate future strategic moves by the company. The patents run the gamut from customizable shoes to AR-based exercise enhancements. 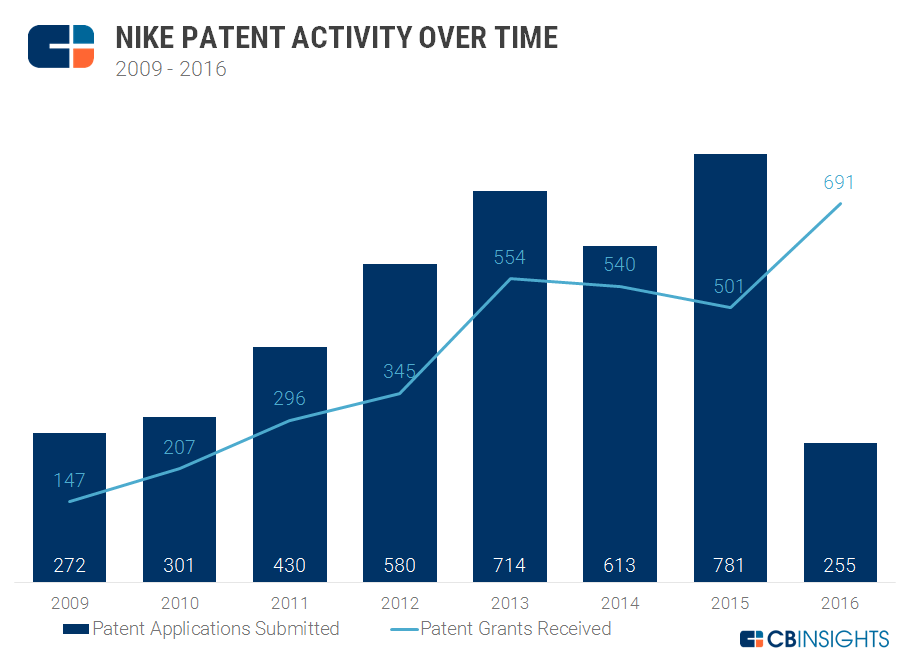 Many of Nike’s patents focus on designs for footwear, apparel, and accessories — golf clubs, footwear soles, and air bladders for use inside shoes are especially frequent topics. On the tech side, Nike’s patents include biometric sensors, fitness tracking platforms, and product customization, along with several discussing augmented reality and gaming.

Nike holds patents on methods to track activity through wearable devices, mobile phones, and sensors inside footwear. From the footwear angle, Nike has patented systems such as Footwear Having Sensor System, which can track pressure on the shoe, and Footwear Products Including Data Transmission Capabilities, which the patent says can transmit users’ workout data to a smartphone or other display system, track users’ locations, and activate targeted, proximity advertising. See images from the two below. 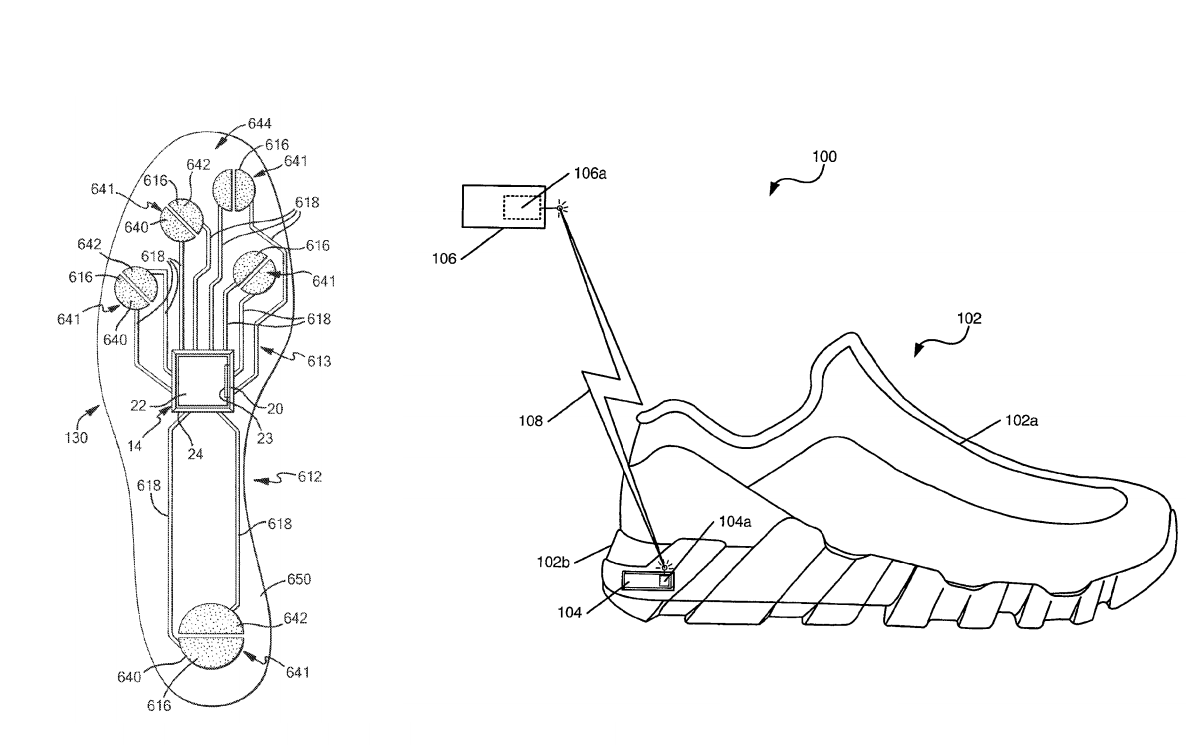 In 2016, Nike also received several patents related to wearable fitness trackers, mainly armbands. Many of these likely trace their origin to Nike’s FuelBand wearable program, which Nike shuttered in 2014. On top of hardware sensing devices, more patents relate to data analysis, such as systems to calculate energy expenditure, programs to identify the type of activity in which the user is engaged, systems to calculate user “flight time,” when both feet are off the ground, and methods for “scoring” users’ fitness levels.

Based on its private market activity, Nike clearly prioritizes supply chain improvements, and in 2016 the company received several patents related to automated sneaker production. However, it also patented ways to allow more user input into the production process.

One patent looks at a website interface to allow shopper customization of footwear, apparel, and accessories. Another patent enables customization once the shoe is in the store — a portion of the shoe would be designed to change shape under steam, and it would be sold with an accompanying steam bag. Consumers could steam the shoe, and then put in their foot to mold and adjust the shoe for custom fit. See the process in a chronological assembly of images from the patent below.

In 2012 Nike filed two patents (both granted in 2016) related to interactive, fitness-focused gaming. The first, Interactive Gaming Apparel for Interactive Gaming, describes apparel marked with reflective materials that can be monitored by a camera, so that gaming systems with cameras can track user activity, shown below. 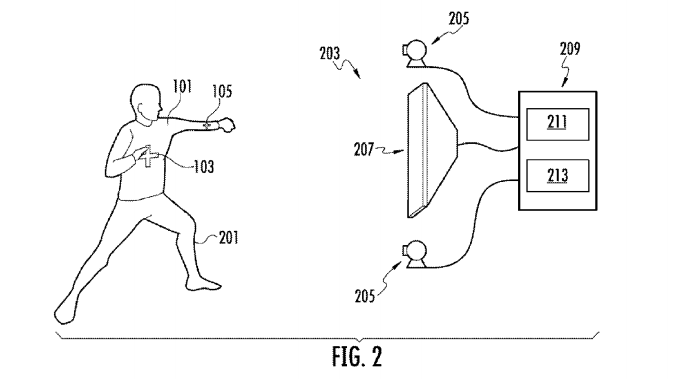 The second, Virtual Performance System, is a patent for an electronic game with user avatars, which gives players rewards inside the game based on physical activity in the real world, as shown below. Even earlier (filed in 2008, granted in 2014) Nike patented a system of avatars used in virtual social networks. Most recently in this area, in December 2016 Nike applied for a patent (not yet granted) for use of augmented reality to enhance exercise routines. 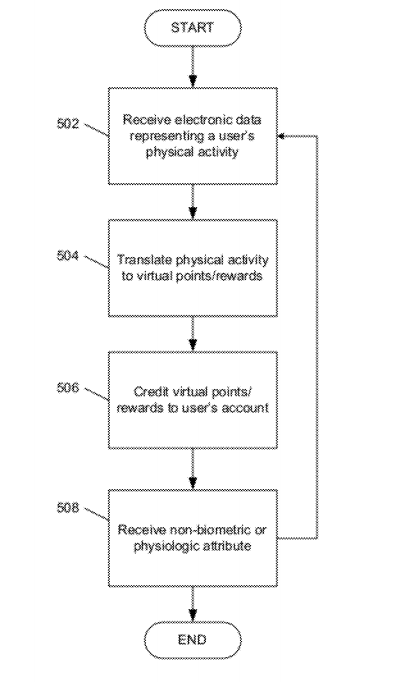 Want more data on patent filings by top companies? Log in to CB Insights or sign up for free below.