Beijing and Tokyo are some of tech's fastest growing markets in terms of deal growth. Is one of them the next Silicon Valley?

Many cities have been given the title of the “next Silicon Valley” yet none have been able to live up to the hype of “the only relevant market for venture capital“. With that said we decided to look at cities globally to see which have seen the most growth in deals and dollars over the past two years. Specifically we looked at growth in tech deals from November 2012 to October 2013 versus November 2013 to October 2014. in cities with at least 20 deals or more in each time period.

It looks like the next Silicon Valley might not be state-side as international cities dominated the top 3, with Beijing (165% deal growth), Stockholm (127%), and Tokyo (126%) topping the list.

On the other end of the spectrum, some of the more established cities in tech saw little or negative growth, like New York (6%), Cambridge (-12%), and Los Angeles (6%). The full spectrum below. 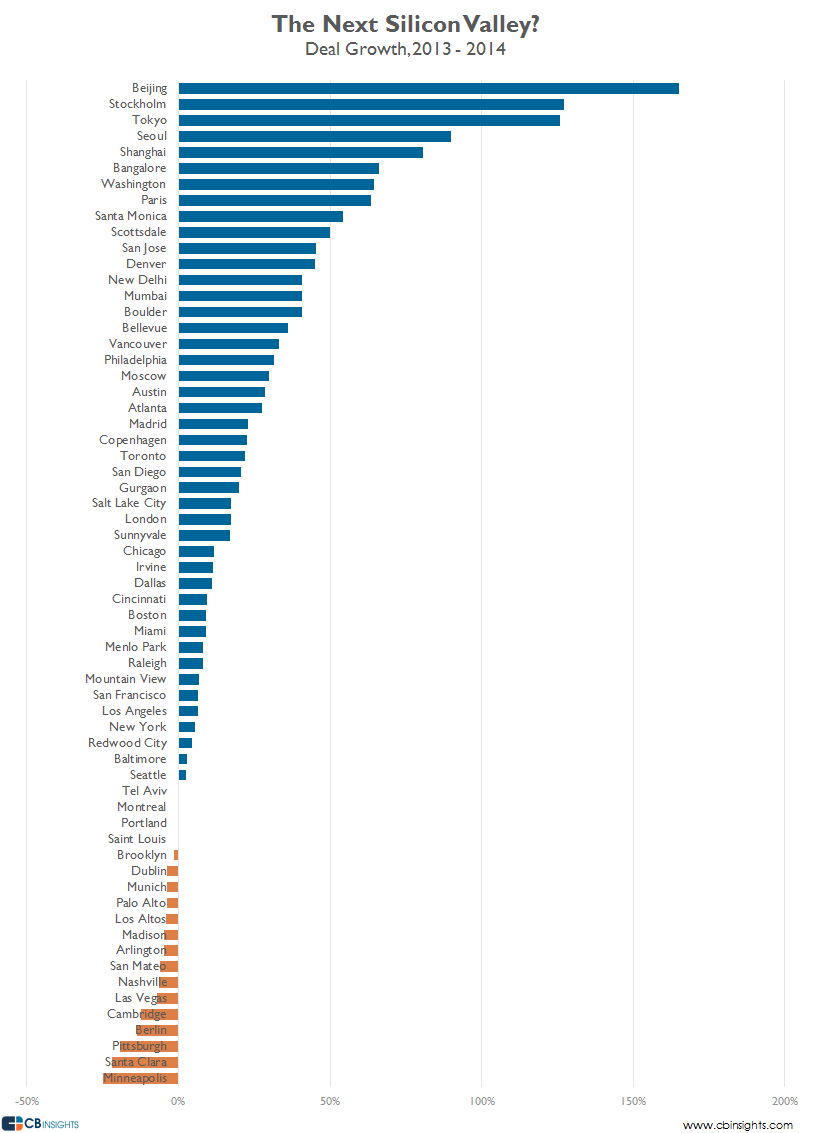 While we believe deal growth to be the more indicative metric, on a total funding basis St.Louis saw the greatest growth among cities. Munich and Seoul rounded out the top 3, with all three seeing over 600% funding growth year over year.  Funding can be skewed heavily by a handful of large deals which is why deal activity is a better measure of a region’s vitality. 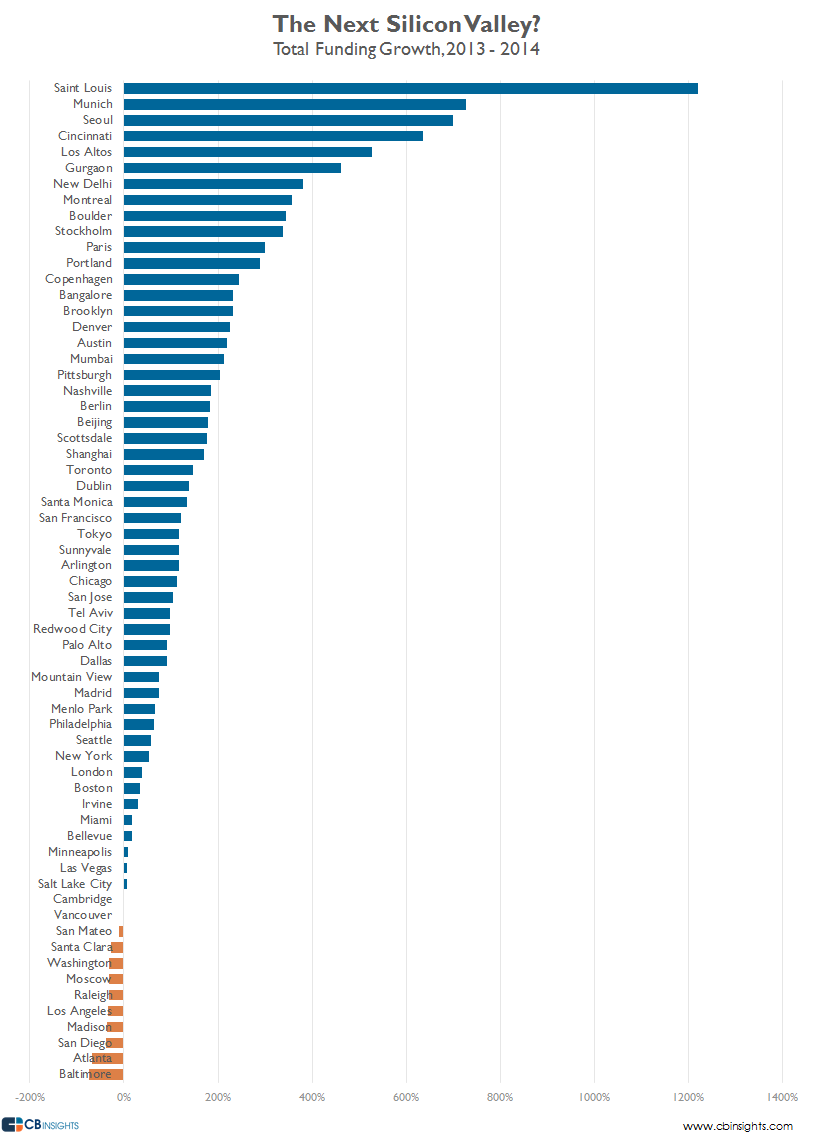 The full table below.

Want to track financings and exits globally?  Sign up for the CB Insights venture capital database below.