New York is a venture capital market that evokes strong emotions. It has been called out for its lack of notable exits but that hasn’t stopped venture capital investors from plowing dollars into New York’s still relatively nascent tech scene.

Q3 2014 saw NY venture-backed deals take $1.37B across 122 deals, a step-up of 105% and 20% from the same quarter last year. Even in the past two years, the steady increase in venture capital funding to NY companies is notable. Both Q2 and Q3 2014 each saw over $1.1B+ invested.  There were nine financings in the last quarter that were over $50M as you’ll see below highlighting the rise of mega-financings to NY companies.

We wanted to share some VC investment trends observed in New York in Q3 2014, including the top sectors, stages and deals. For more VC financing and exit data across all sectors and U.S. tech hubs, see the full Q3 2014 Venture Capital Activity and Exits Report.

94% of New York VC dollars went to the Internet and mobile sectors over the three month period, with 8 of the 10 largest deals in NY going to Internet firms. Mobile trailed with 9% funding. 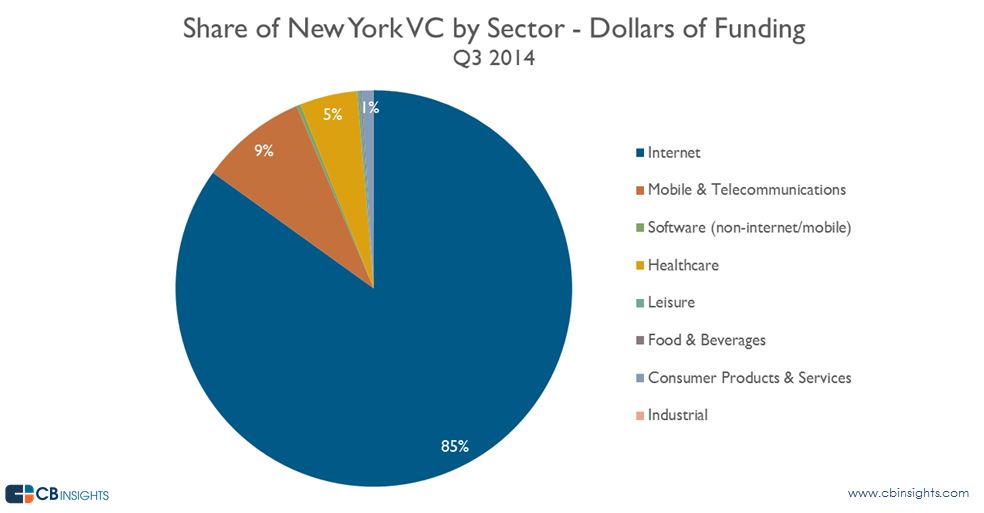 Based on deal activity, Internet VC deal share in NY increased for the fourth straight quarter to a five-quarter high of 70% in Q3’14. Mobile VC deal share rose slightly to 19%. 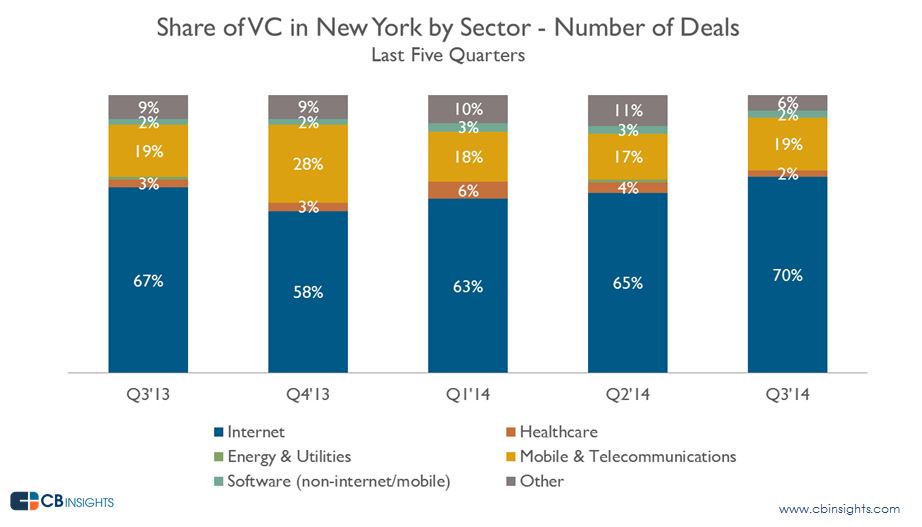 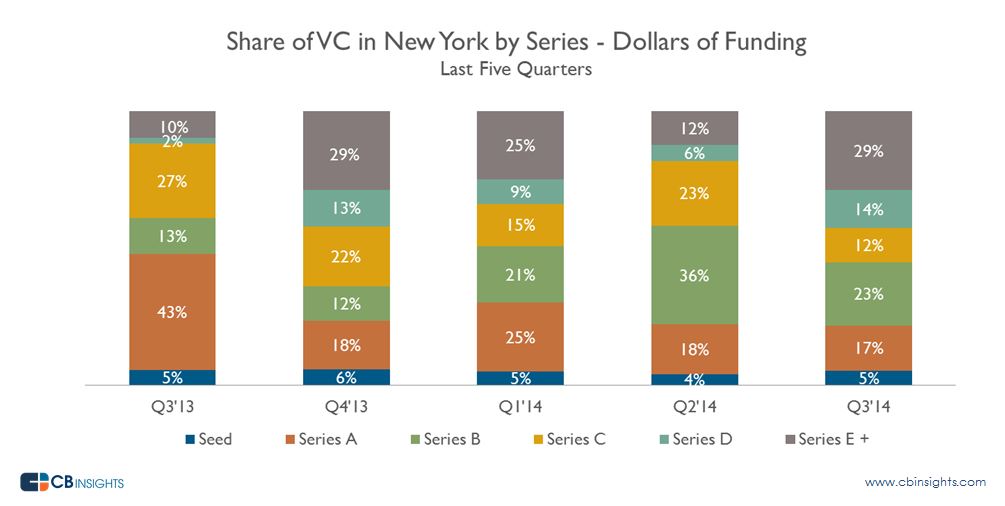 Seed VC deal share in NY bounced off of Q2’14’s five-quarter low of 30% to reach a five-quarter high of 43% in Q3. NY which has had an active early-stage market continues to thrive at this stage. As the data above illustrates, the money is also flowing in at the mid- and late-stages indicating that NY companies have shown VCs the potential to become unicorns. 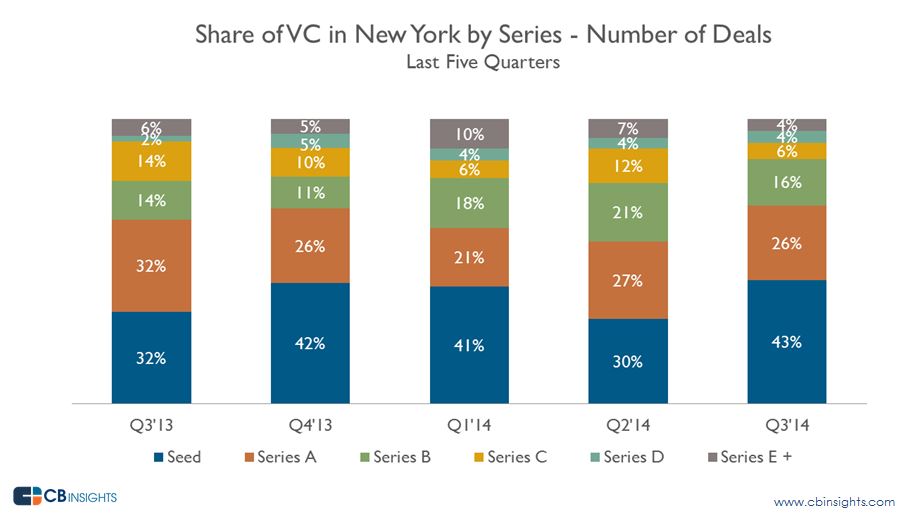 Of note, nine companies raised $50M+ venture-backed rounds in Q3 including IEX, FanDuel, Pond5, Jet.com (a well-funded stealth startup) and Buzzfeed. This does not include AppNexus which has partially closed $85M from strategic investors including WPP (and which we track but which are not included in our VC data). The top 10 venture-backed Q3 NY deals are below.

Note: Data in this brief only included rounds in which venture capital firms participated. For more NY financing and exit data and analytics, check out the CB Insights Venture Capital Database. Sign up for free below.