In a recent interview, Andreessen Horowitz Partner Chris Dixon said that New York would produce ten $1B+ valuation companies in the next five years, and named several of his portfolio companies as three of them (Buzzfeed, Stack Exchange, and Kickstarter). But what about the other seven?

We used CB Insights data including Company Mosaic to identify 15 possible future NY Unicorns (companies which have already reached a $1B+ valuation were not included). The list ranges from the companies Dixon named, to large pre-IPO companies like ZocDoc to hot mid-stage companies like BlueApron and ClassPass which raised 3 rounds of financing at ludicrous speed, i.e., within 18 months. 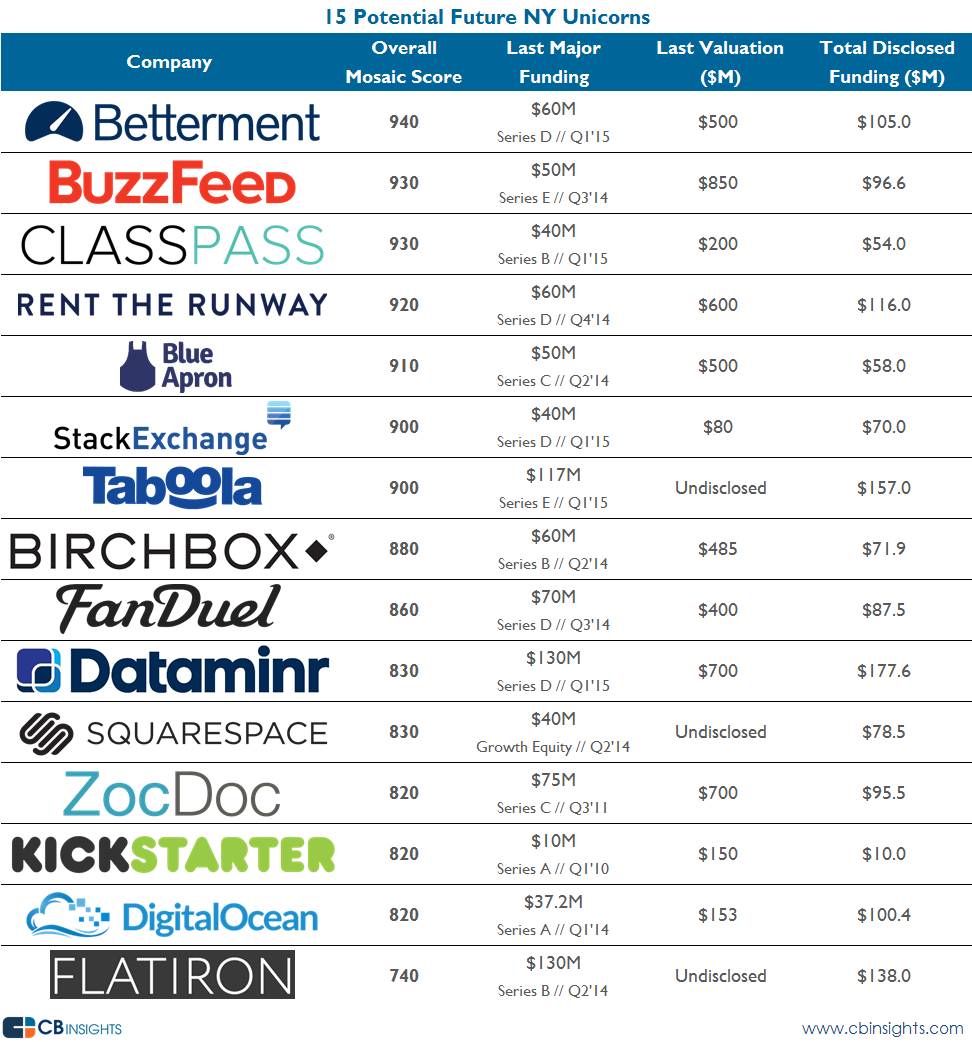 Want more data around New York’s top companies? Login to CB Insights or sign up for free below.