Research Brief
2151
Since 2013, 3x as many new $1B+ companies emerged in New York as there have been tech exits. This year has seen 7 new unicorns emerge in New York, including FanDuel, Oscar Health Insurance, ZocDoc, and Buzzfeed.

Tumblr’s $1.1B acquisition by Yahoo in 2013 marked a watershed moment as the first billion-dollar VC-backed tech exit in New York ever.

But the same period saw the emergence of 11 new New York-based companies valued at $1B+.

The chart below highlights New York’s 10 biggest VC-backed tech exits. The top three, Etsy, OnDeck, and Tumblr, all took place since the start of 2013. 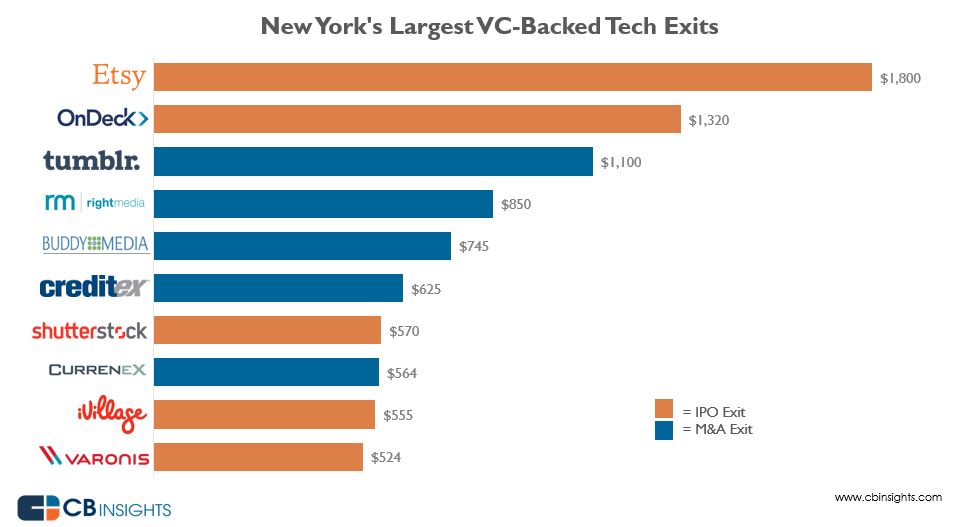 Over the same period, there has been a spike in billion-dollar private financings — most of which have come in 2015 year-to-date. More specifically, 7 different VC-backed startups in New York have been valued at $1B+ this year, including FanDuel, Oscar Health Insurance, ZocDoc, and Buzzfeed.

Will New York tech’s bigger valuations soon lead to more liquidity and downstream effects in the ecosystem? Weigh in below in the comments. 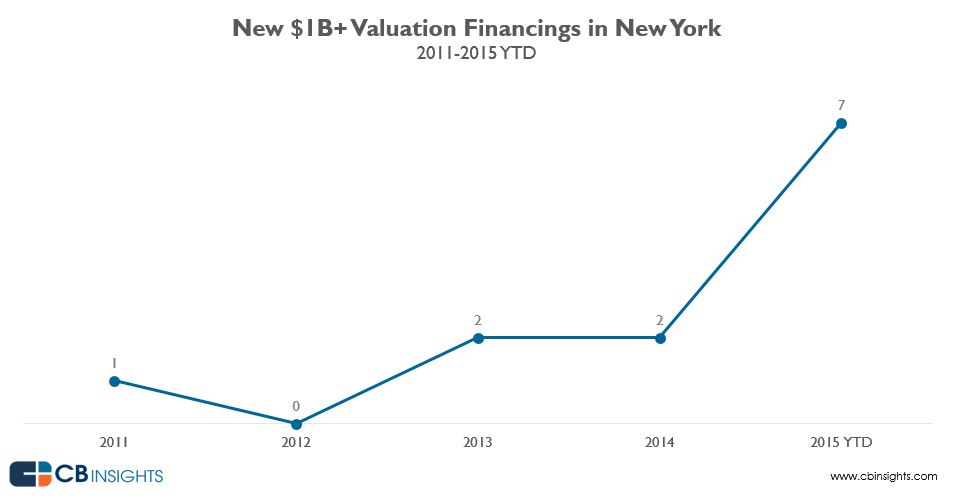 Data note 1: This list does not include private equity transactions or acquisitions that took place after an initial public offering. For example, Doubleclick, which is often erroneously considered a billion-dollar VC exit for New York, was not valued at $1B+ at the time of IPO. It was later acquired by private equity firms JMI Equity and Hellman & Friedman, and then ultimately purchased by Google for $3.1B.

Note 2: We don’t consider companies that are based in New Jersey or Connecticut to be part of these New York stats primarily because, simply-stated, those states are not part of New York. That is why exits by the likes of Indeed, Sirocco Systems, etc. are not included in this data.

Note 3: IPO valuations used are the company’s market capitalization at the opening of trading.