Buzzfeed, AppNexus & Genius are just three of more than 30 New York-based tech companies that have raised $25 million plus financing rounds in 2014 YTD according to CB Insights data. Notably, in just the first eight months of 2014, there have already been more New York mega-rounds than in all of 2013.

Altogether, more than $1.55 billion has been raised in the 33 mega-deals by the NY-based tech upstarts. The proliferation of large tech financings to NY-based companies comes as overall quarterly financing to NY tech startups topped five-year quarterly highs in Q2 2014. Among the largest NY tech mega rounds to take place this year are Flatiron Health’s $130M Series B, Oscar’s $80M infusion and OnDeck Capital’s $77M raise led by Tiger Global.

NY still hasn’t seen many billion dollar exits and has even seen even fewer IPOs. Will this current crop of companies change that? 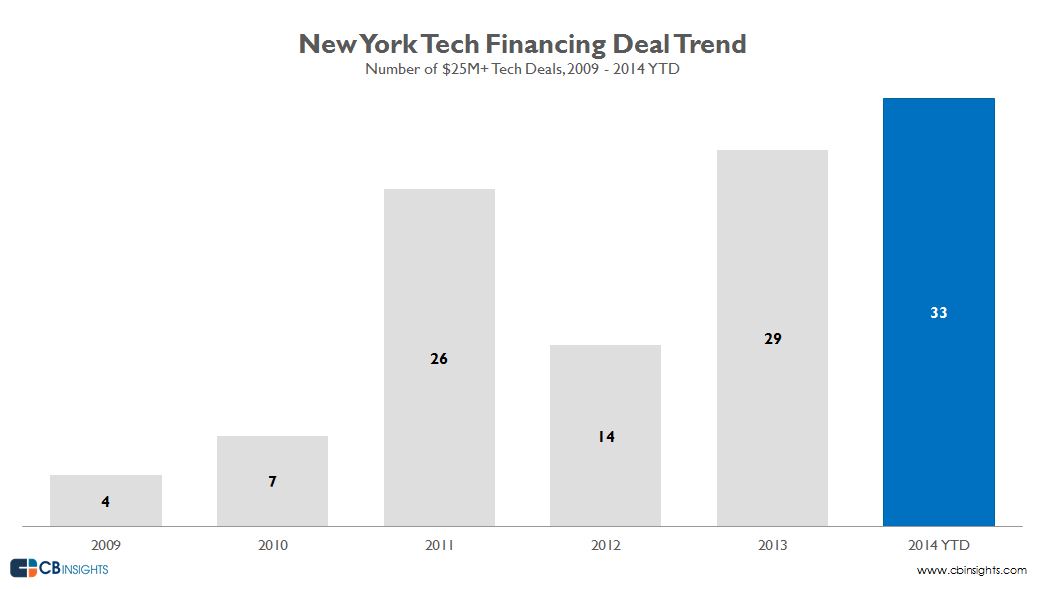 Want to get the financing data behind this research? Check out the CB Insights Venture Capital Database by signing up for free below and check out Industry Analytics for geography heatmaps and NY financing and M&A trends.  If interested in more NY data, you may also want the previously issued New York Venture Capital Almanac, which includes data beyond the tech sector.