Research Brief
1989
Seven of the last 8 quarters have topped $1B in funding for New York's startups. Exits are also on the rise. 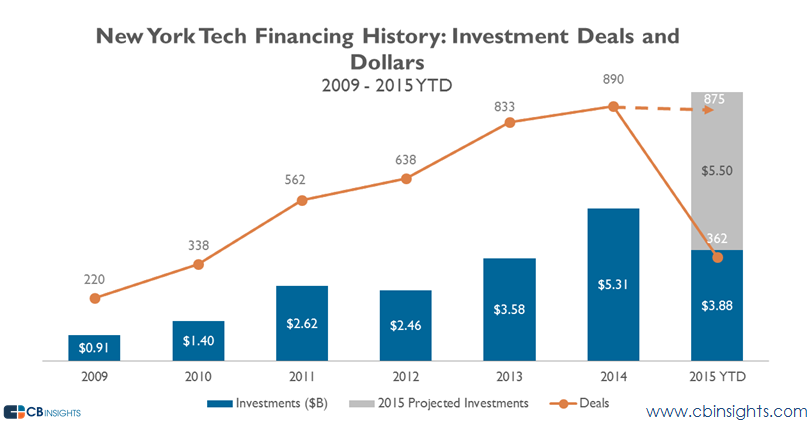 On a quarterly basis, 7 of the last 8 quarters have topped $1B in total funding for New York tech startups. Deal activity has kept pace, with 9 of the last 10 quarters topping 200 deals. The last four quarters, including Q2’15, saw a combined $6.7B in funding, 49% more than the previous four quarters. Overall, 2014 deals and dollars have grown 305% and 483%, respectively, versus 2009.

*The chart above shows deals and dollars through June 5, 2015

NY-based tech exits have also picked up, as 2014 saw the highest exit total of the past six years. The exits have largely been driven by M&A. However, 2014 did reach a six-year high for IPOs with five, including those of OnDeck Capital, Varonis Systems, and others. 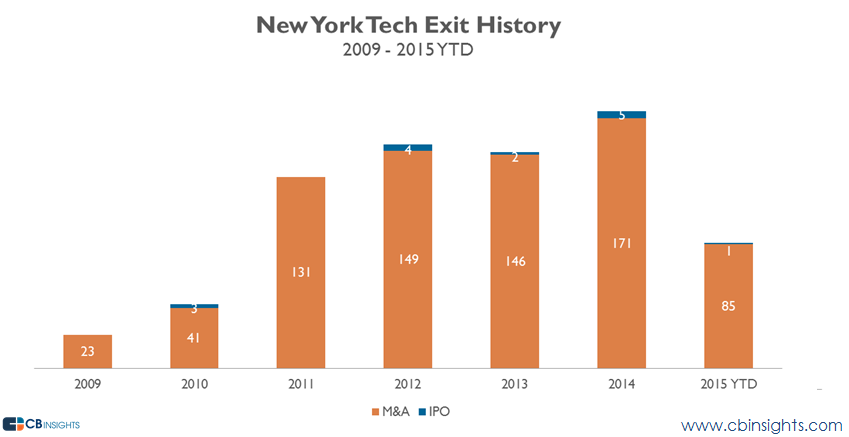 There has been at least one New York-based, VC-backed tech exit at a $1B+ valuation in each of the past three years. Etsy’s IPO in April 2015 at a valuation of $1.7B was the largest ever for a VC-backed New York-based tech company. OnDeck Capital went public in 2014. Tumblr was acquired by Yahoo for $1.1B in 2013.

Want more data around New York’s tech industry? Check out the New York Tech Almanac, login to CB Insights, or sign up for free below.