Recent chatter has suggested that new unicorns are a thing of the past, but data shows that this sentiment is largely unfounded. 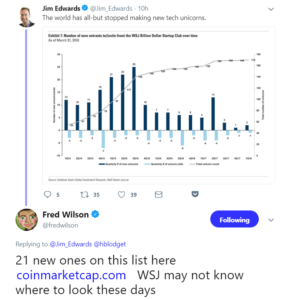 While 2016 saw newly minted unicorns drop to an average of 9 per quarter, 2017 saw big rebounds across the board. In fact, Q2’17 saw 21 new unicorns, the highest number on record.

The number of new unicorns per quarter has since decreased, but this shouldn’t worry private market investors too much; Q1’18 saw a total of 16, more than the majority of quarters have produced since Q1’13. 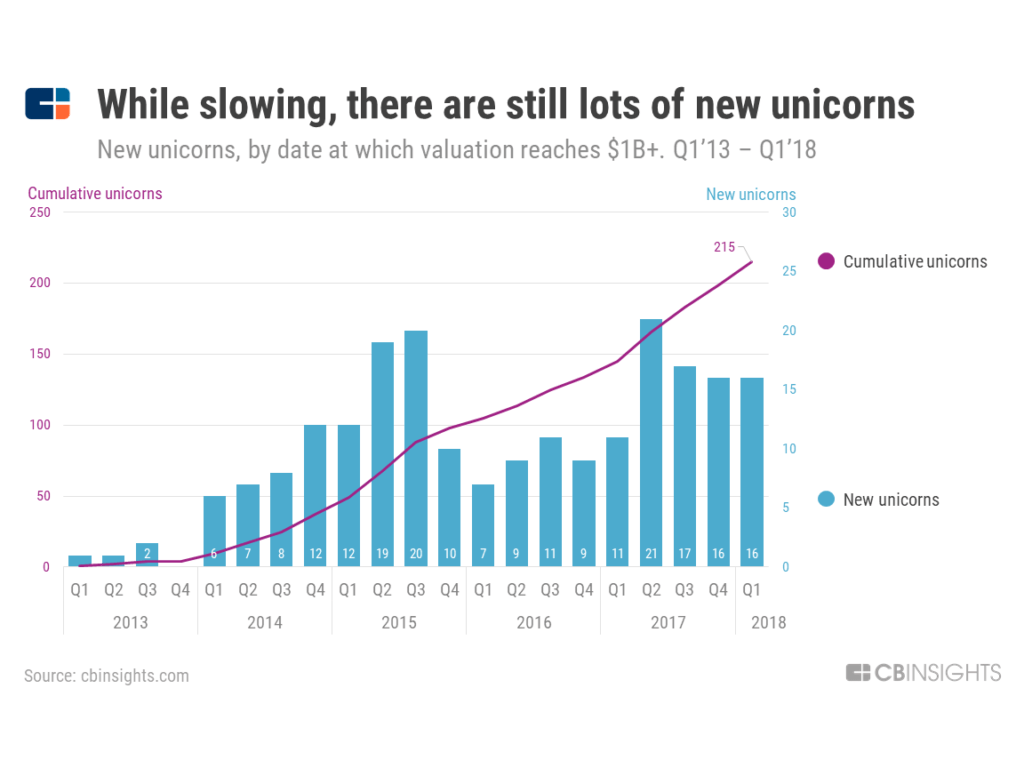 At the time of this writing, 21 of these “networks” held market capitalizations greater than $1B, including household names like Bitcoin and Ethereum, according to CoinMarketCap. Seventeen of these hit $1B+ in 2017, placing that year in the lead for new unicorn creation. 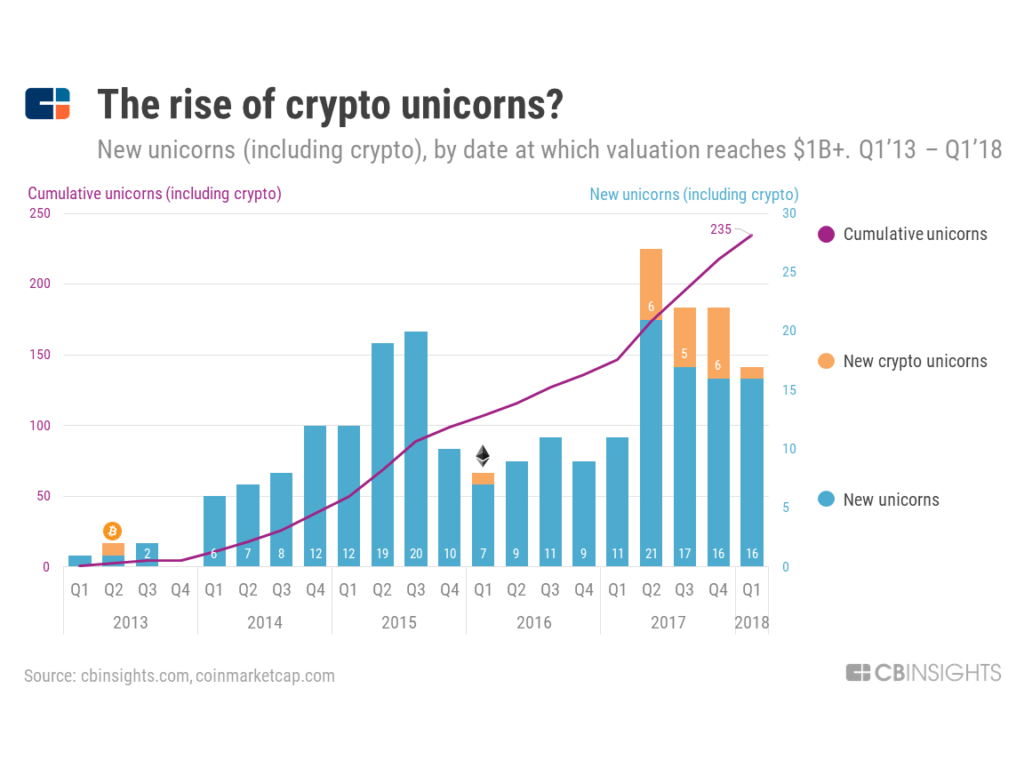 There are some nuances to this analysis.

Critics say market capitalization is a poor measure of a cryptoasset’s worth, as tokens often don’t grant token-holders voting rights and are backed by little more than a whitepaper and a dream. This contrasts with equity investments in private and public markets, where voting rights and cash flows are standard.

To illustrate, imagine a network with 1M tokens outstanding. If a single token is traded for $1,000 on an exchange, the token’s market capitalization is $1B according to the above formula — even though only $1,000 has been deployed to trade this cryptoasset. This implies severely limited liquidity.

It’s worth noting that the majority of the 21 cryptoassets mentioned above have trading liquidity, and market capitalization is an accurate measurement of how the market values them at a given point in time.

Determining valuations always involves some degree of speculation. Consider Theranos, a high-profile, equity-backed company that reached a sky-high unicorn valuation and ultimately proved to be fraudulent. If venture capital has set its sights on crypto, then the crypto sector’s $1B+ companies might as well be called unicorns.