For the first time, fintech growth in South America, Australia, and Africa is outpacing growth in traditional hubs like the US, UK, and China.

From 2014 to 2017, North America, China, and the UK established themselves as the heavyweights of fintech in the world.

In 2018, the pendulum swung the other way, with the majority of fintech growth located on the periphery: in South America, Australia, Africa, and parts of Asia beyond China. 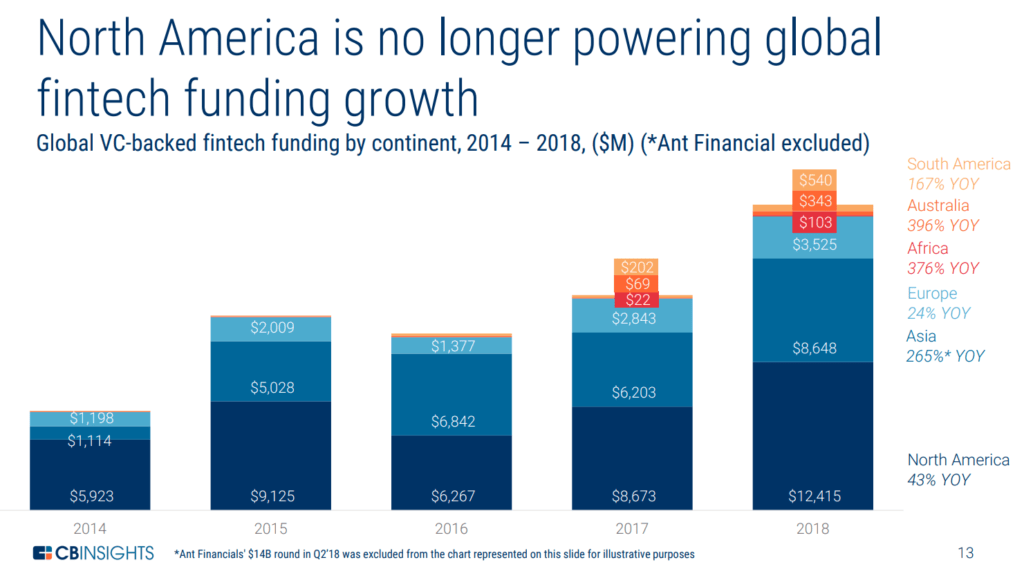 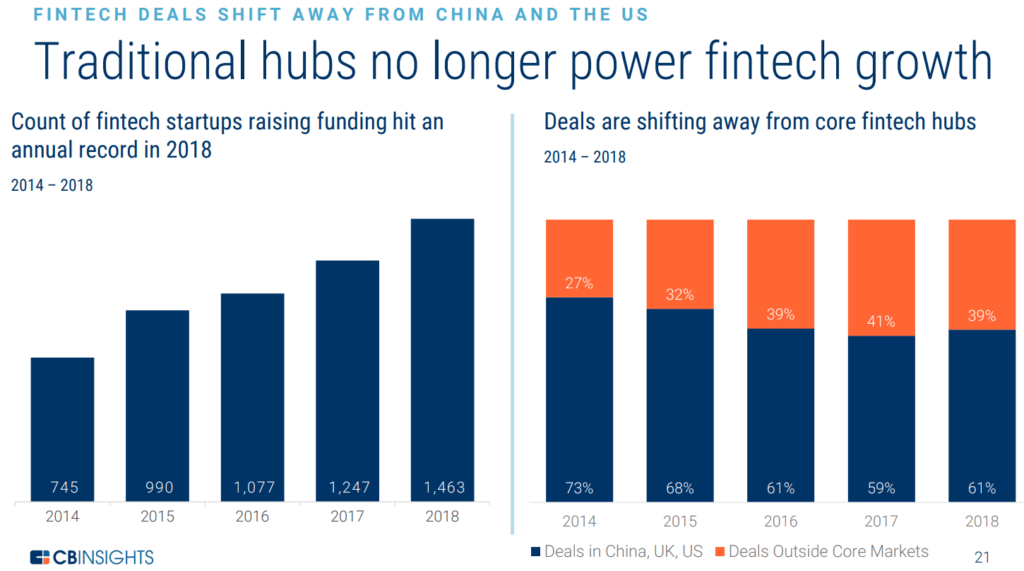 Europe is the only market that has seen a recent decrease, with deals dropping slightly from 2017 to 2018. 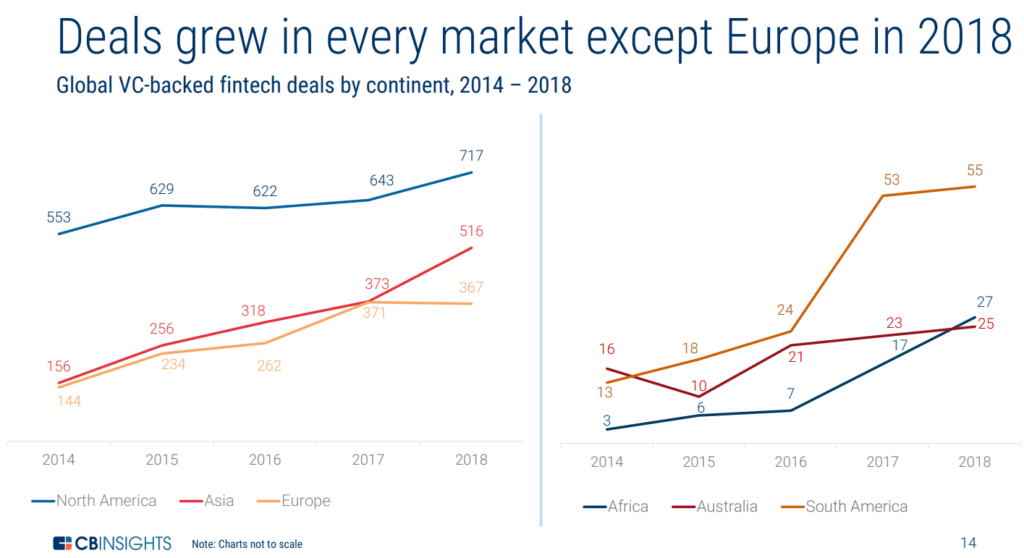 In Asia, fintech growth has historically been mostly attributable to Chinese companies. However, the continent has seen a recent explosion of fundraising activity in the southeast: funding hit $484M over 68 deals in Southeast Asia in 2018, up 143% YoY. 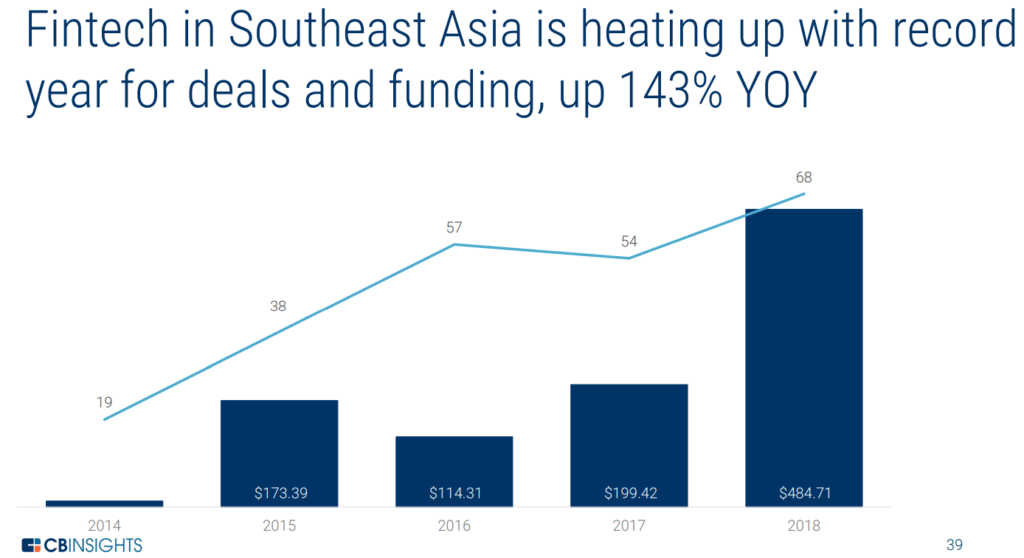 This shift in growth outside traditional fintech hubs bodes well for entrepreneurs located beyond the usual hubs of Silicon Valley, New York, London, and Beijing.