First Data, Simon Property Group, Ping An Insurance, and Wipro are just a few of the large corporations globally that recently launched venture units to invest in startups. And they’re far from alone.


The chart below shows the annual growth since 2009 of corporate venture groups by year of first investment. 2014 saw 28% year-over-year growth and 208% growth from 2010’s figure. 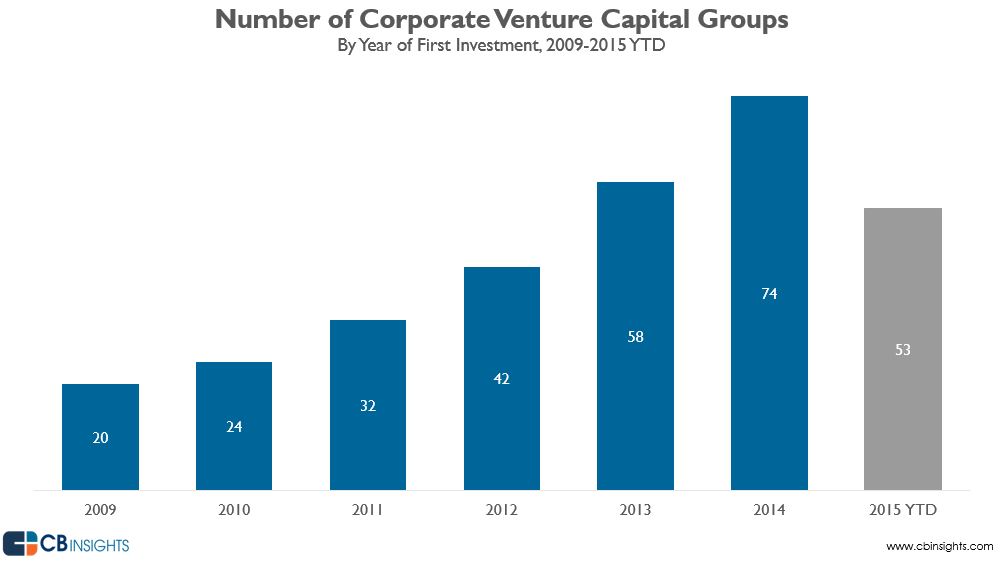 U.S. corporations make up nearly half of new CVCs since 2014

Breaking down the corporate VC groups that made their first investment since the start of last year, we see that 45% of the firms were made up of US-headquartered corporates. Japan- and Germany-headquartered companies rounded out the top three, with new CVCs including Line Ventures and Dentsu Ventures in Japan, and Bauer Ventures and CommerzVentures, among others, in Germany. 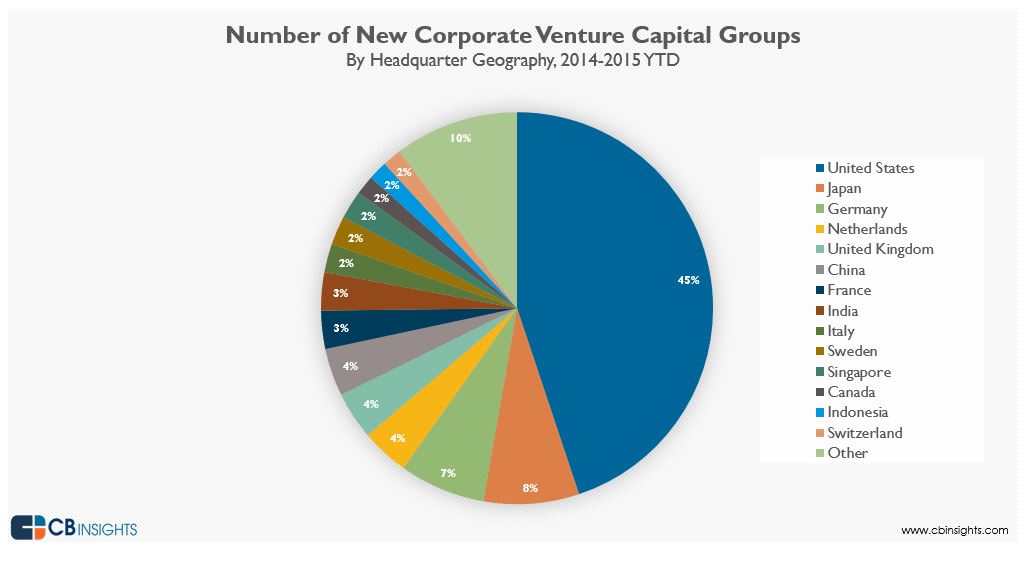 Want to track analyze data from all of the newly formed corporate venture units? Check out the CB Insights Venture Capital Database free below.