The South African media and internet conglomerate has invested over $3.35B across 37 total deals since 2012.

South African media and internet conglomerate Naspers is well-known for making one of the best tech investments of all time — a 2001 stake in Tencent now worth over $100B. Naspers has traditionally been an active investor in global private markets and e-commerce in particular. Since 2012, it has participated in 21 deals to physical goods e-commerce companies that added up to $2.6B.

That’s a large proportion of Naspers’ private market activity. As CB Insights data shows, it participated in investments totaling $3.35B across 37 total deals in that time span. 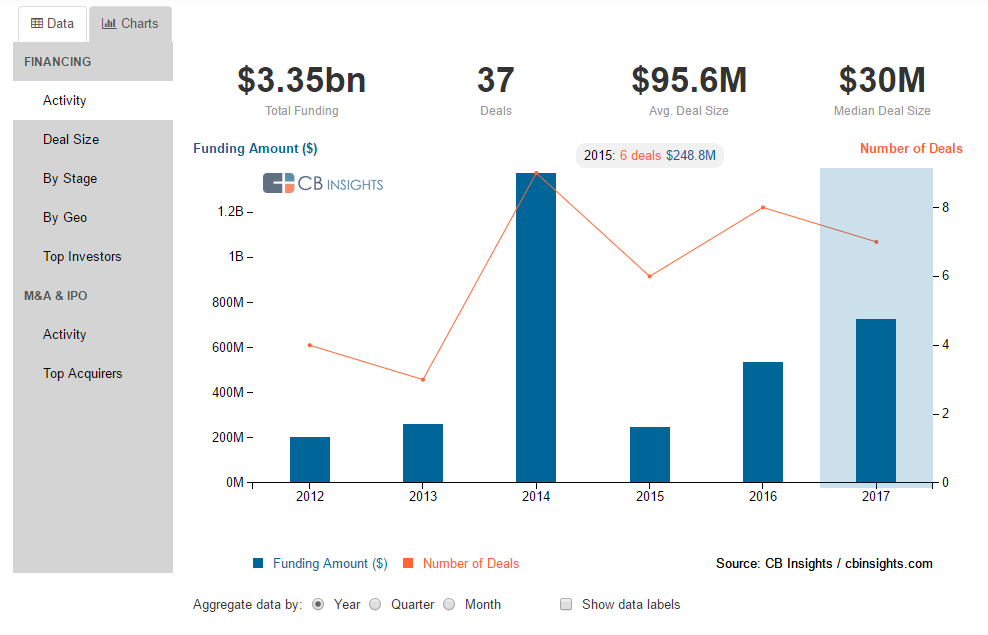