We analyze the web of backers behind the most well-funded transportation network companies (TNCs), as well as their own investments and acquisitions.

The largest transportation network companies (TNCs) providing ride-hailing, ride-sharing, and on-demand logistics services have grown into some of the best-recognized startups worldwide. These cash-hungry businesses are also some of the most well-financed private companies ever seen, with a complex web of investors, partnerships, and rivalries across the space.

With the broader on-demand economy these TNCs inspired in retreat, even these giants have run into headwinds as of late. However, amid recent news of various cultural and legal problems surfacing at Uber and a downround at Ola, Lyft and Didi have both reportedly set out for fresh capital.

Using the CB Insights Business Social Graph, which maps relationships between investors and target companies, we’ve updated our view on the investor networks of the 5 most well-capitalized private TNCs, including Uber and Didi Chuxing, as well as Lyft, Ola, and Grab. We also added an investor social graph to track the investments and acquisitions made by these companies as they have ramped up their own activity.

Note: Didi Chuxing’s graph also includes the backers of its pre-merger constituents, Kuaidi Dache and Didi Dache. The 5 ride-hailing startups are highlighted with their logos, and investments from one to another are highlighted in bolded lines per the legend. Click on the image to enlarge. 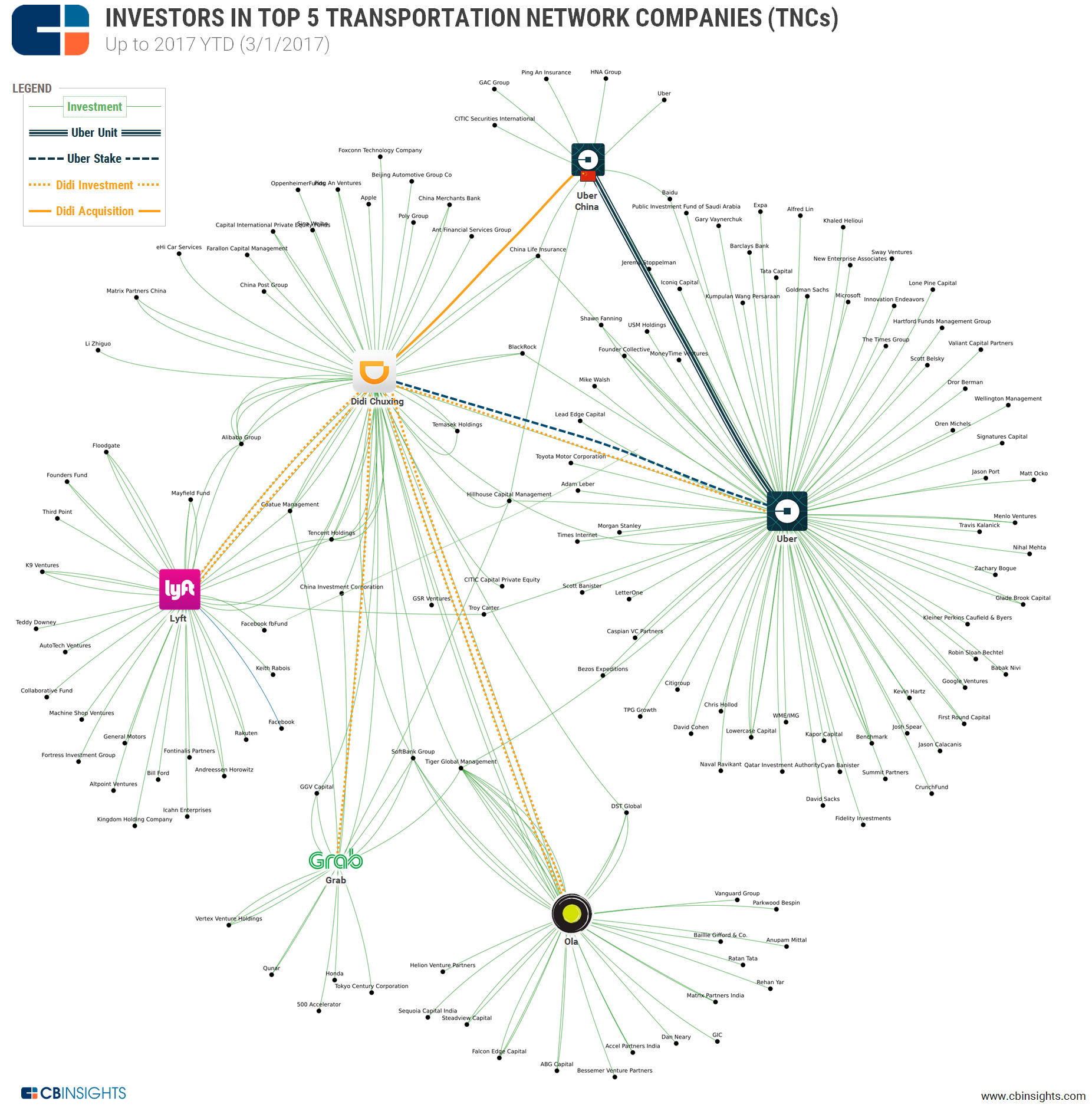 The fierce battle for ride-hailing supremacy in the world’s most populous market saw the two giants Uber and Didi Chuxing raise unprecedented amounts of funding as they rose to stratospheric valuations. Since Uber’s China unit entered the fray in 2014, both companies spent billions on driver and rider subsidies to fight for every point of market share, which ended abruptly with the August 2016 deal for Didi Chuxing to acquire Uber’s China arm. The deal also saw Didi assume control of Uber’s China operations and brand while integrating its technology behind the scenes.

We used this social graph and the CB Insights database to pull further insights on the data: 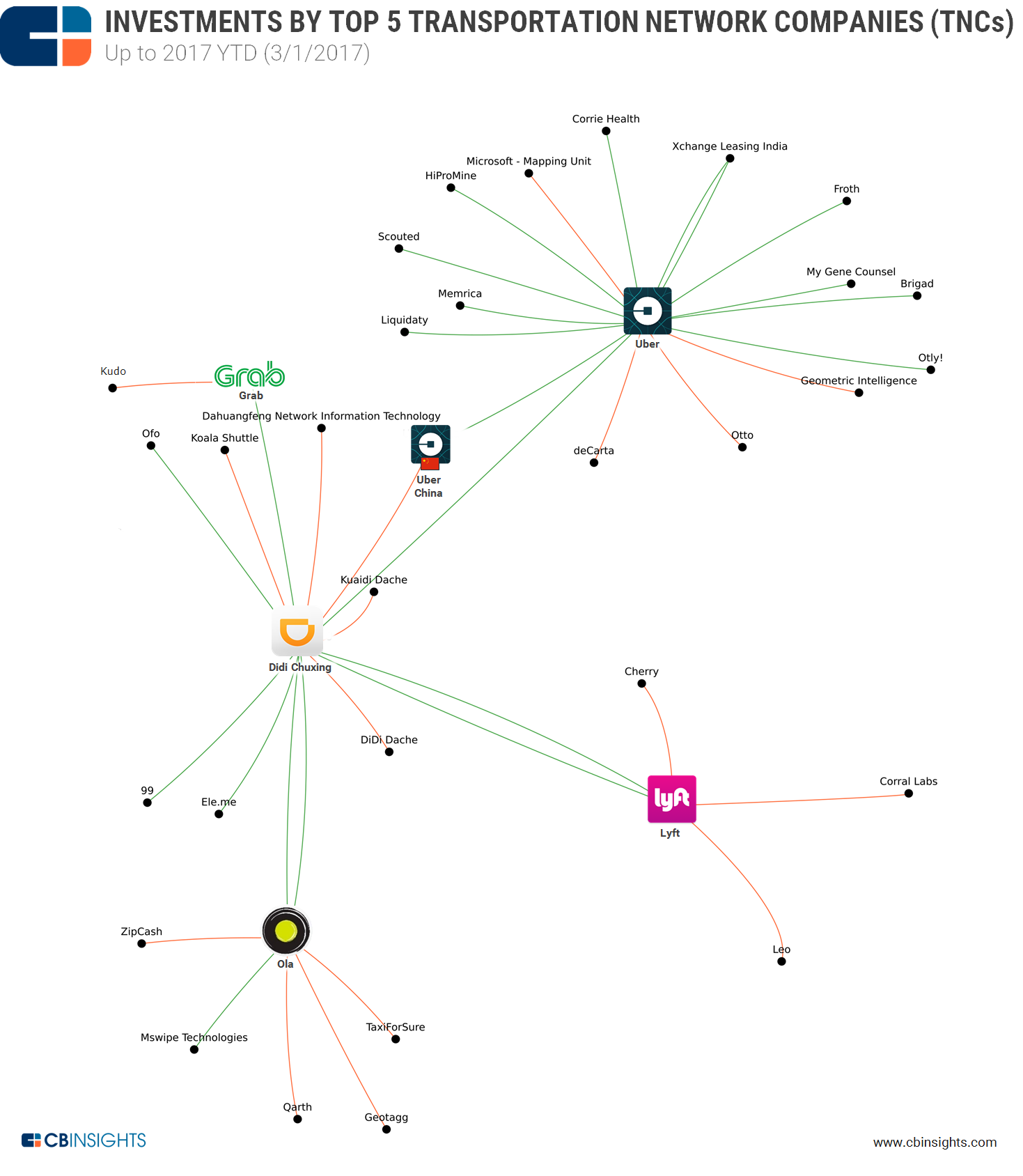