While the US accounts for nearly two-thirds of all drone investment activity, there are at least 11 other countries making bets in the space.

Since 2012, private drone companies have raised over $1.6B across 300+ equity investments. Drones make up the second largest sub-category in IIoT (Industrial Internet of Things) and account for roughly 20% of total deal activity.

Three of the earliest private drone companies and largest in terms of total funding are 3D Robotics, Airware, and RedZone Robotics. While they lead in the US, expanding internationally has been a challenge because of the complex international regulatory environment, both at country and local levels. But the market opportunity outside the US has attracted a number of new, early-stage (seed/angel or Series A) drone companies, many of which have launched in different markets that span across at least 11 countries outside of the US.

Using the CB Insights platform, we mapped the global distribution of drone companies and identified geographical breakdowns. We define drones broadly to include software and hardware companies developing technologies related to unmanned aerial, marine, and/or land vehicles designed for unstructured environments. These technologies range from the manufacturing of drones to the analysis of data collected by drones, among other applications.

US-based drone companies have received approximately 65% of the global deal share since 2012. China took second with 5%, followed by Australia, Canada, and the UK with 4%. France followed close behind with 3% of global deal share.

The third and fourth biggest deals went to US-based 3D Robotics. It raised a $50M Series C in Q1’15 (followed by a second $14M tranche in Q2’15) and a $53M Series D in Q2’17. Smart Money investors Foundry Group and True Ventures participated in both rounds alongside a number of other investors. 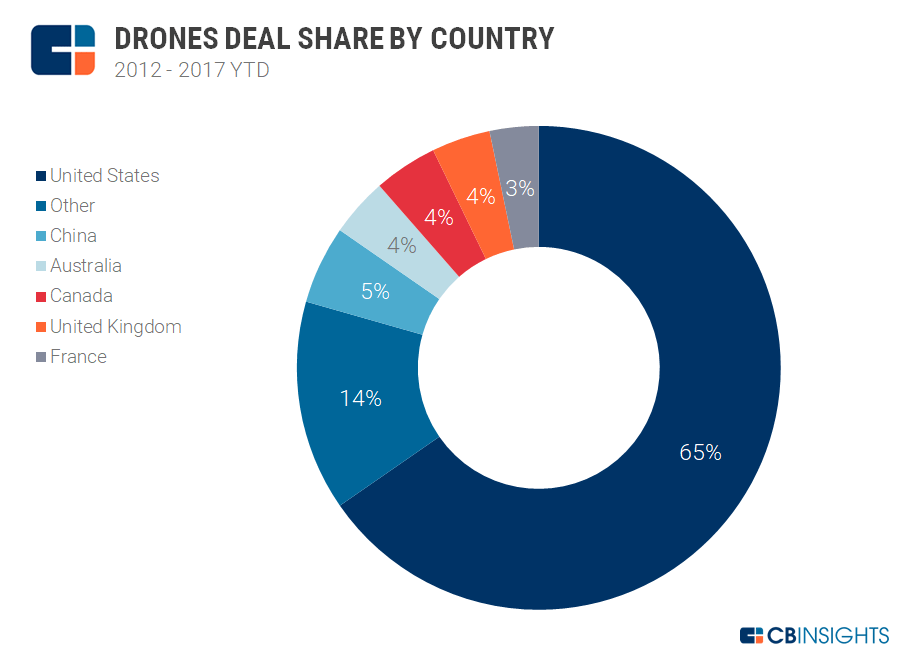 Drone companies AROUND THE WORLD

In the map below, we identified private active drone companies outside the US that have $1M+ in total disclosed funding and that have raised an equity round since the start of 2015. 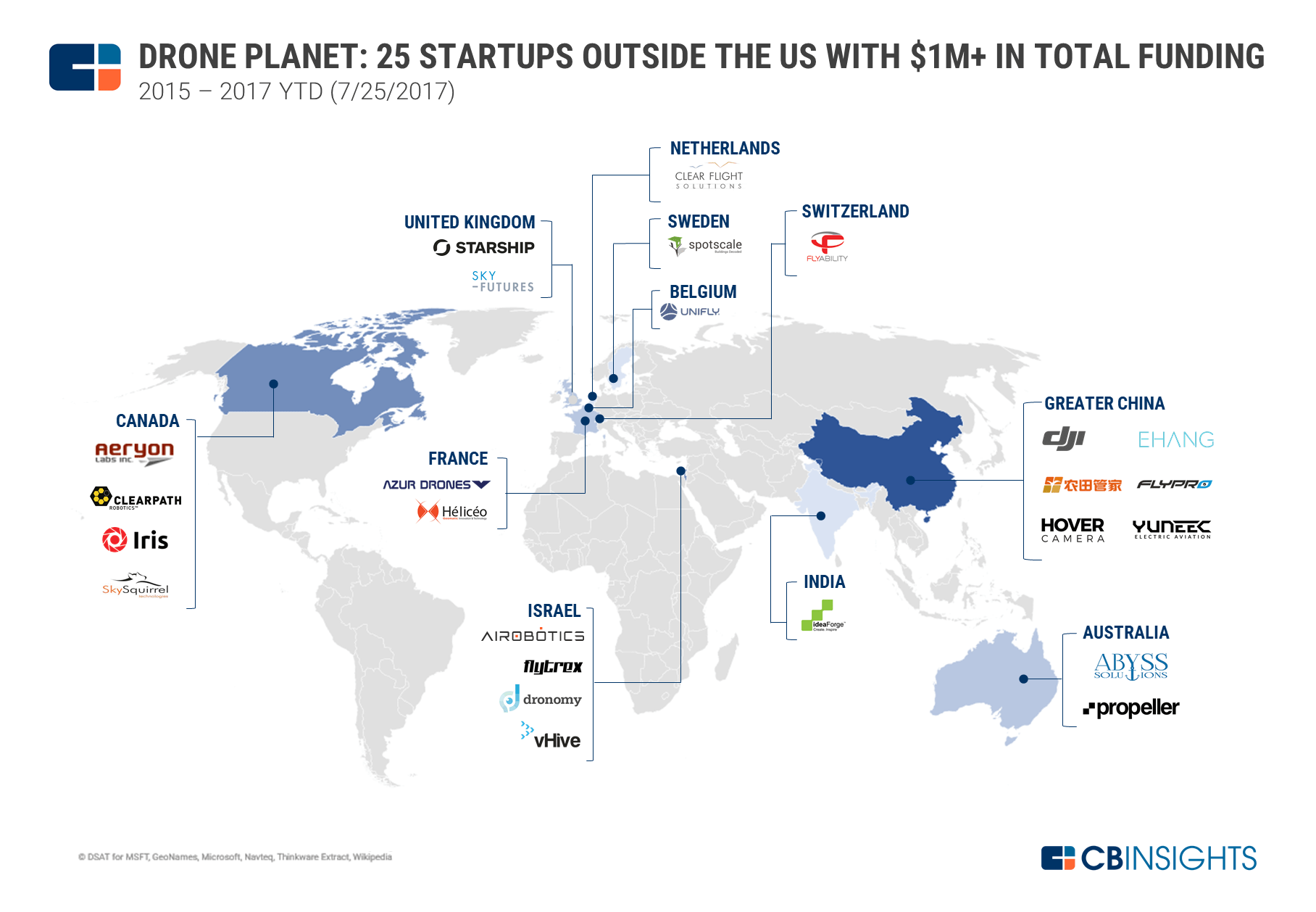