In 2017, the solar industry has closed a record number of deals, pulling in 111 investments as of last month.

Using CB Insights data, we outlined the most active investors financing equity deals to solar companies. The most active backers are diverse, from French energy utility company Engie — which operates multiple nuclear energy reactors — to Oakland’s Powerhouse, an incubator with a notable focus on the solar industry.

It should be noted that grants, debt, and project finance are common methods of financing in the solar industry. For example, China’s Dongguan Sungen — which trades solar cells and modules — has received a $77.3M grant from the local Municipal Government of Dongguan. Investors like the US Department of Energy and the National Science Foundation have also been highly active in giving out grants and financing debt rounds. 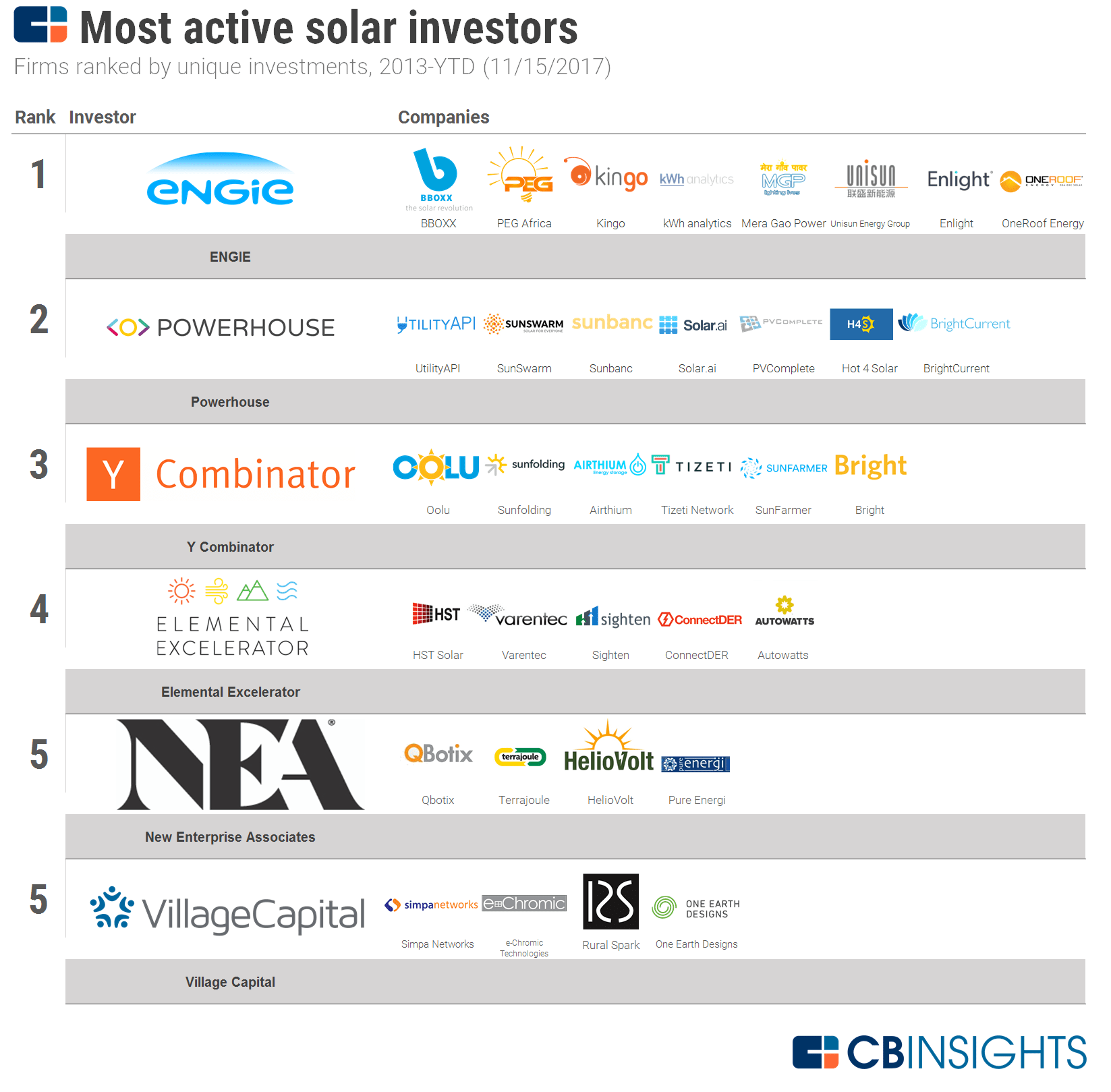 The most active investor in the solar industry is France’s Engie, an electric utility company known as a pioneer in the distribution of nuclear energy.

Three of solar’s most active equity investors are incubators or accelerators, investing in early-stage startups.