Mobile software, commerce, and service are still booming areas for investment in private companies. The growth of the on-demand economy has been a major contributor to growth.

And though startups working across mobile have seen investment drop dramatically in Q4’15, there was a modest recovery in both deals and dollars in Q1’16.

Large deals in 2015 included multiple $1B+ mega-rounds to ride-hailing startups Didi and Uber, along with a $1B corporate minority round to cloud company Aliyun. 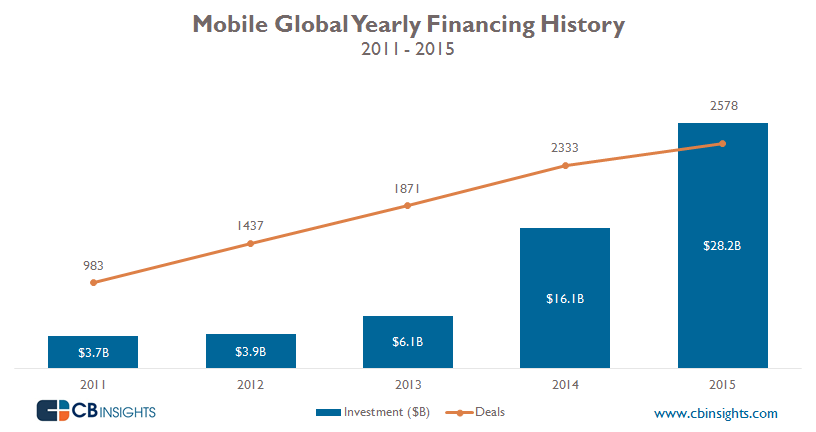 At a quarterly scale, the recent boom in funding becomes even more apparent. Funding to mobile startups peaked in Q3’15, fueled by 17 mega-rounds of $100M or more, the largest again being rounds to ride-hailing giants Didi Chuxing and Uber.

This past quarter saw an increase in both deals and dollars, up to $4.2B invested across 653 deals. Compared to the quarter prior, Q1’16 translates to 15% growth in funding and 16% increase in deal volume. 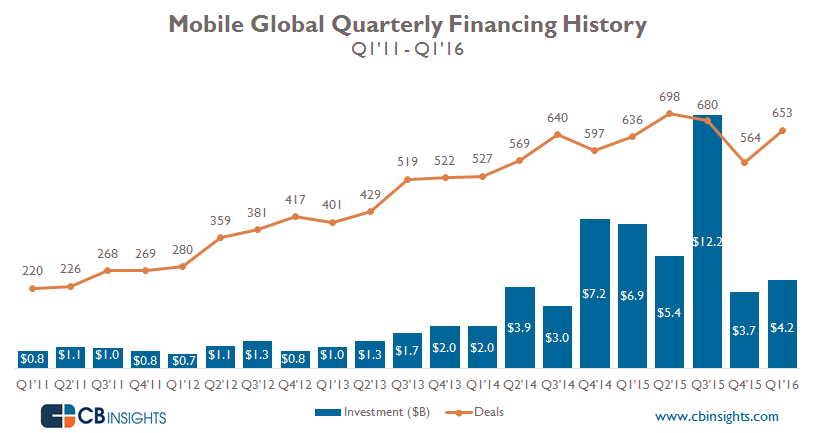 Middle-stage companies (Series B and Series C) have typically represented about 10% of deals. 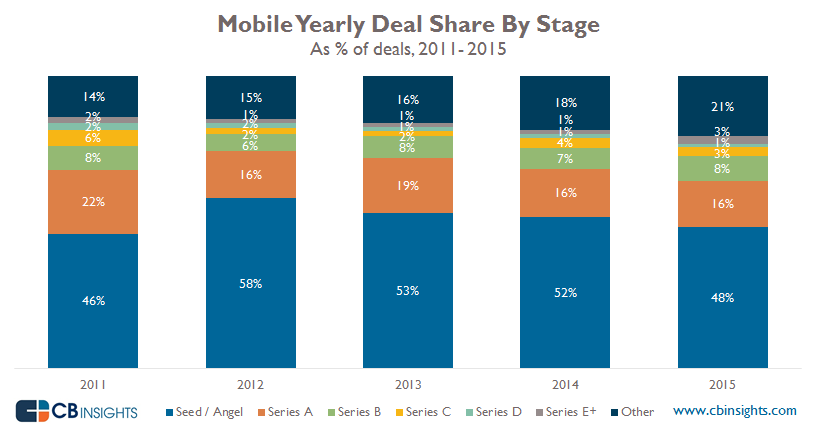 Looking at funding by stage, investment has increasingly skewed toward the late stages as the mobile industry has matured. 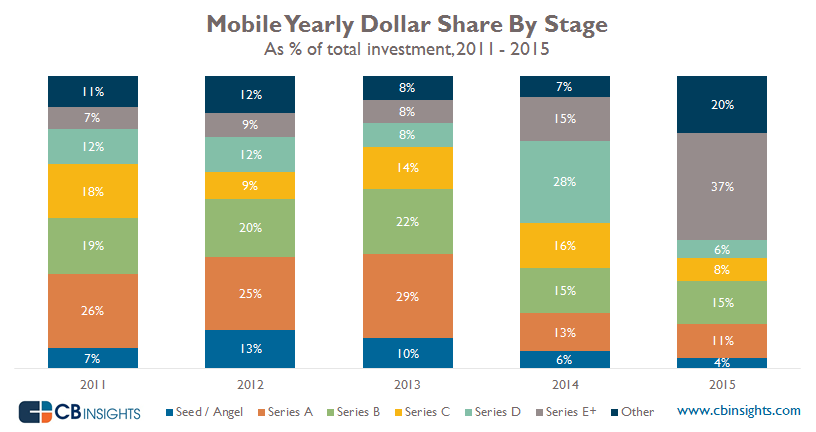 The geography of mobile investment since 2014 skews heavily toward deals in the United States, which is a bit surprising given how global the mobile revolution has been. 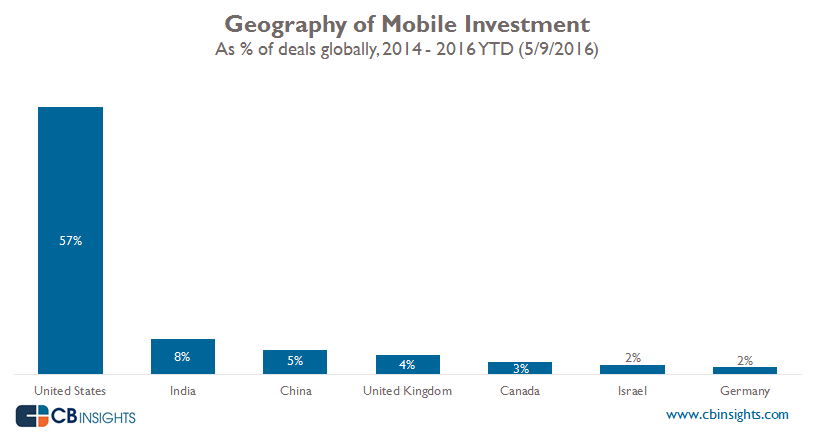 Home to 40% of all deals, California took the bulk of mobile deals in the US market since 2014. At the same time, New York saw a sizable 15% of deals. 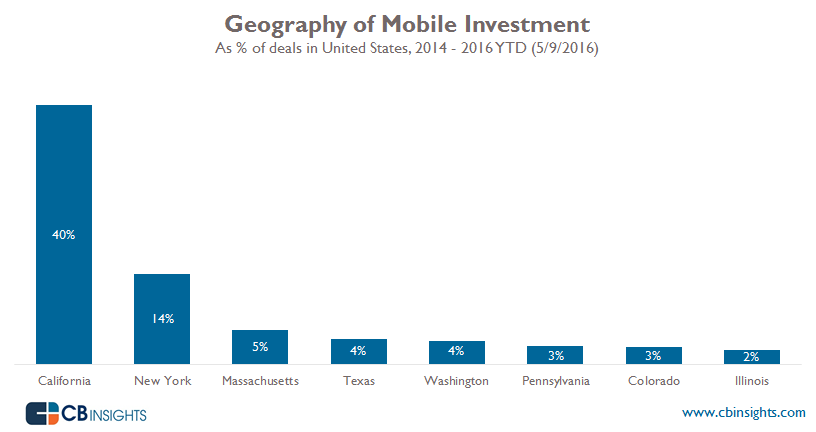