It was February 19, 2014 when the headlines started rolling in. In the largest VC-backed tech M&A deal ever, Facebook would acquire WhatsApp for $19 billion. Sequoia Capital was the sole institutional investor in the messaging service.

WhatsApp’s acquisition was the type of exit that venture investors salivate over. And there is nothing like a giant exit to get more investment going into a space. We used CB Insights Industry Analytics to understand the mobile messaging industry (Note: All the below are screenshots directly taken from CB Insights. No MS Excel required).

On a year-over-year basis, funding was up a whopping 401% while deal activity rose 38%.

Snapchat‘s $485.6M financing closed out 2014 but it wasn’t the only nine-figure round in the messaging space last year. Palo Alto-based TangoMe‘s $280 Series D led by Alibaba was responsible for Q1’14’s funding spike, while workplace chat app Slack raised a $120 Series D came on the back of skyrocketing growth.

While those three deals together made up over $885M, deal activity is still clearly centered on the early-stage. Almost 72% of all mobile messaging deals in the last two years came at the seed or Series A stages, as shown below. Among the startups to raise Series A funds in the last year are doctor texting app First Opinion, privacy-focused Wickr (which also raised a $30M Series B), and Minus (dba Meowchat). 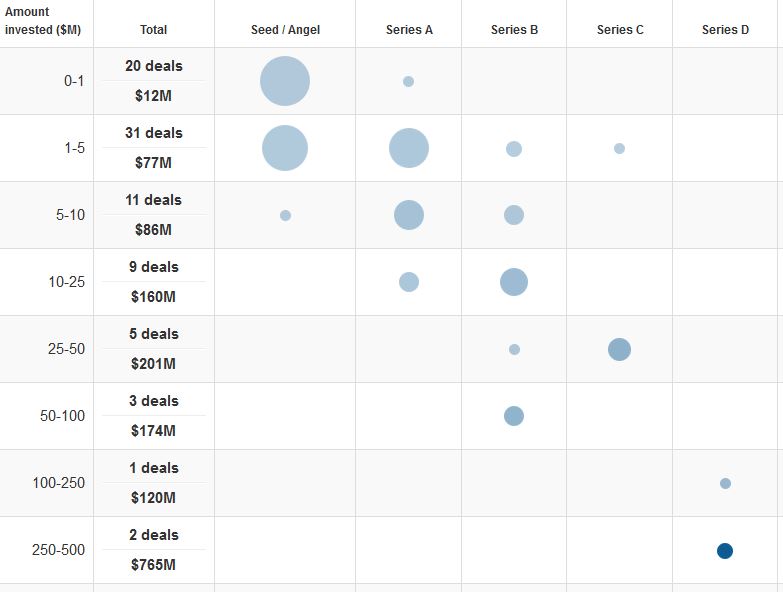 California on top for mobile messaging deal flow, but VCs are looking global

Silicon Valley startups accounted for 36% of mobile messaging deals over the past two years, while SoCal firms garnered 13% of deal flow. While the messaging space is a fragmented one globally with companies like Line, Kakao and WhatsApp extremely popular in certain markets, VCs continue to invest in messaging services globally. Examples include Israel-based video chat app Rounds, which raised $12M in new funding led by Sequoia Capital in January and India-based messaging provider Hike, which took a $65M round from Tiger Global Management in August 2014.

The chart below breaks down deal activity in the mobile messaging space over the last two years by major geographies.

SV Angel participated in the highest number of deals to messaging companies in the last two years, which included MessageMe (acquired by Yahoo), Confide and Kik among others. Google Ventures has also been a frequent investor in the space while Kleiner Perkins and The Social+Capital Partnership, round out the top 3 most active by new and follow-on deals. 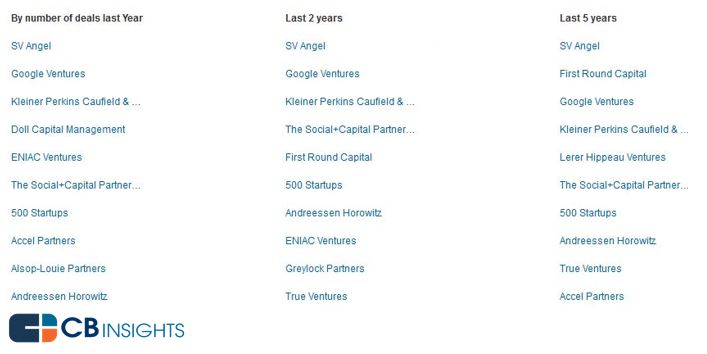