Research Brief
1459
Mobile continues to be a growing area of tech investment taking 16% of all deals. The space is seeing significant diversity in terms of the areas garnering investment ranging from security to digital health.

Mobile took 16% of all venture capital deals in the technology space in Q3’14 (up from Q2’14). However, after the huge spike in funding in Q2’14 propelled by deals in Uber and Lyft, the mobile sector returned to a more normal rate of investment in the last quarter. Q3’14 funding in the sector still reached nearly $1.2B across 145 deals, which is the most funding in the sector after the Q2’14 anomaly. The largest deals during this past quarter were in Lookout, NextNav, and Xamarin. 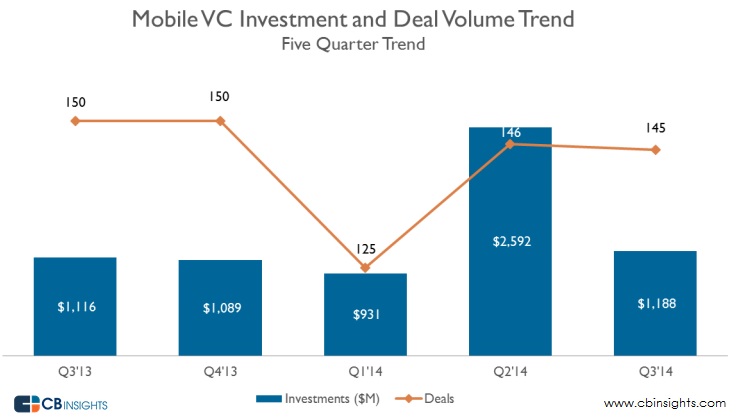 Funding in mobile is increasingly diverse with no specific industry proving dominant. 10% of all mobile deals occurred in the Health & Wellness sector which reflects increased interest in wearables and the larger digital health space. Some deals in this sector include the $25M deal into iHealth which included Xiaomi Ventures and a $21M deal into Doctor On Demand which included Shasta Ventures and Venrock. Surprisingly, social apps took 7% amount of deal share, which included deals in Hinge and Secret.

The massive “other” bucket also highlights the heterogeneity of the mobile industry and covers a wide range of sub-industries: sports, music, discount, conferencing, food & grocery, testing, search, legal and email to name just a few. 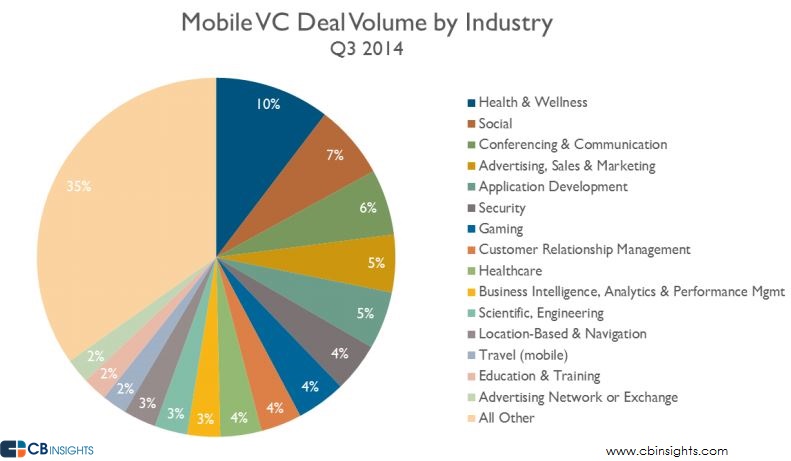 After a series of security breaches in high profile businesses, it’s hardly surprising that mobile security took the most dollars. The 16% dollar share was mostly due to the $150M investment in Lookout with investors including Khosla Ventures, Accel Partners, Andreessen Horowitz and Index Ventures among others. Application Development, part of the larger developer tools ecosystem, also took nearly $100M in investment which included investments in companies such as Xamarin, famo.us, and Kinvey. 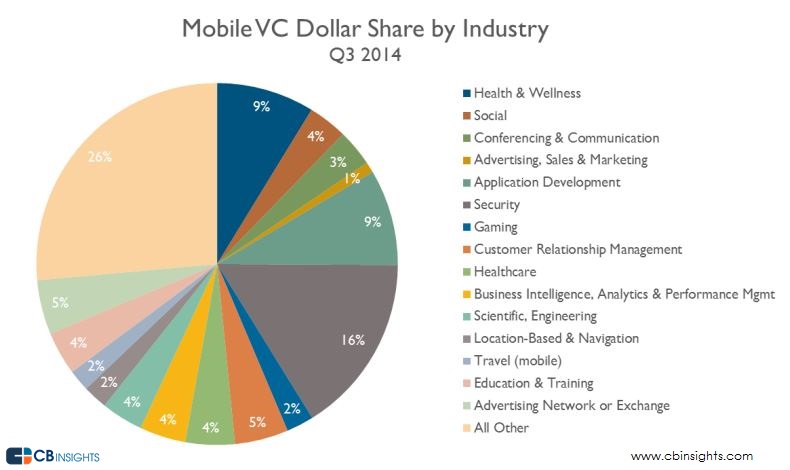 Mobile deals saw a resurgence in Series A funding rounds, which had dipped below 30% in the two previous quarters. Series B also saw a 5 quarter high of 17% deal share. Series C+ deals have remained relatively range bound and scarce. 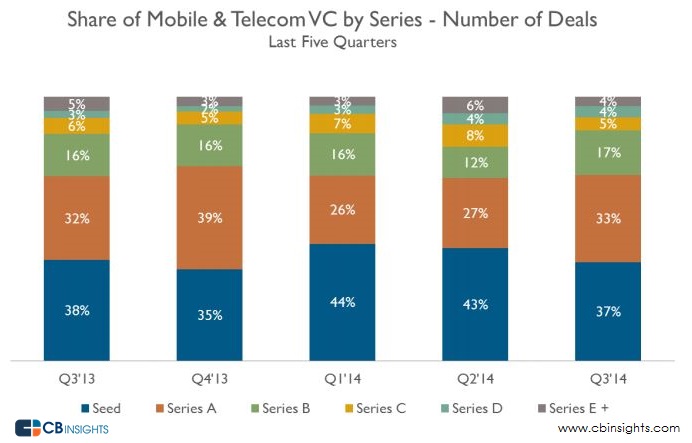 Dollars invested were spread more evenly after a heavy Series D investment in Q2’14 into Uber and Lyft skewed the last quarter’s data. Series A and B dollars comprised nearly half of all dollars invested in Mobile, with Series B reaching a 5 quarter high. 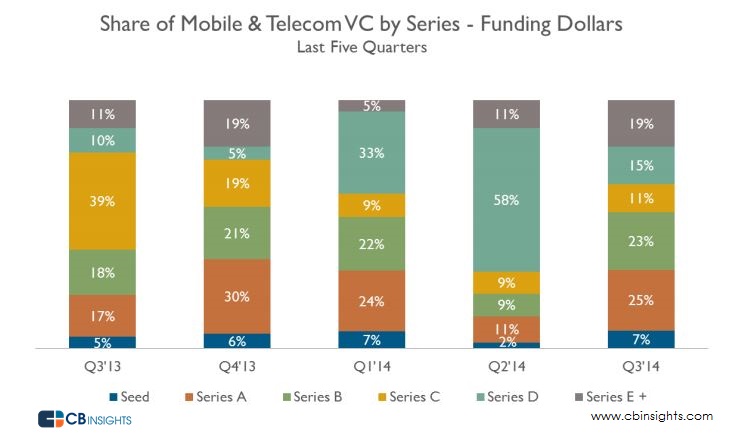 Despite the sector diversity, there was little geographic diversity in the mobile investments space. California took more than 50% of all deals, with San Francisco taking more money than the next 5 top cities combined. New York and Massachusetts trailed behind, taking 16% and 8% of deals, respectively.