A new patent from the tech giant hints at a future of smooth human-robot interactions, where robots continuously learn from human reactions.

“How fast can I move without making a human uncomfortable?”

That’s the kind of question Microsoft wants robots to be able to answer for themselves.

The company is ushering in a new age of socially adept robots, according to its recently published patent application.

“Adapting Robot Behavior Based Upon Human-Robot Interaction,” filed in April of this year, focuses on robotics technology that would enable intelligent machines to successfully operate in unpredictable environments, such as in crowds of people.

In the patent application, Microsoft notes that robots are already capable of certain set tasks. For example, robotic vacuum cleaners and lawnmowers can stop and change direction based on computer code.

But the company aims to take robot functionality further.

Microsoft is looking to develop a system that helps robots adapt to less predictable circumstances and learn to complete tasks in more complex environments. For example, it wants to create a robot that will have the ability to judge whether it can make noise at a given time based on its surroundings.

Theoretically, the robot would gather information based on feedback from human interactions, then create a learned model it can apply to future situations. 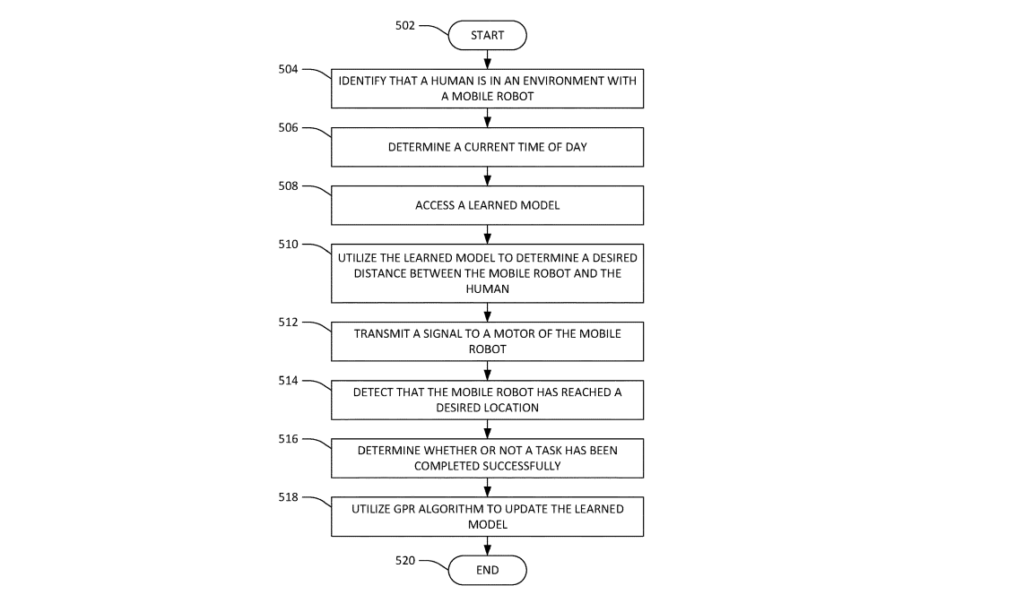 The patent states that as mobile robots become more widely used in places like hospitals and homes, the devices will need to understand “socially acceptable behavior” — such as how to maneuver safely around humans, make an appropriate amount of noise, and move quickly without “causing a human to feel uncomfortable.”

This new robot type represents a significant advance from the automated devices currently on the market. 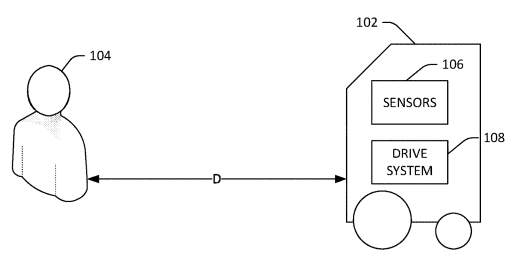 Many robots (like the aforementioned vacuum cleaners and lawnmowers) are hard-coded to respond to certain types of information transmitted via sensors, but don’t learn and adapt the way Microsoft’s mobile robots purportedly will.

The devices detailed in the patent application will be able to use information like a user’s gender, the temperature, or the time of day to adjust their behaviors.

These robots can also optimize noise levels and movement to maximize its chances of successfully interacting with a human. Potential applications include responding to a gesture or voice command or engaging a human user with advertising content (fliers, products, etc.).

For example, if a robot attempts to deliver a flier to a human, and the human doesn’t accept it, the robot will take into account information like location and time of day to adjust its attempt for next time.

As robots learn, the probability of successful interactions with humans will increase over time, making the robots more valuable and effective.