With multiple billion-dollar acquisitions in the last few years, Microsoft looks like it may be getting more aggressive on the M&A front.

The $2.5B acquisition of Mojang has been Microsoft’s largest deal since Satya Nadella took over as CEO. Acquisitions have increased since Nadella’s arrival and Microsoft has also continued their trend of annual billion-dollar acquisitions. We decided to use CB insights M&A Analytics tool to take a closer look at Microsoft’s acquisition history and how Mojang fits into their M&A strategy.

*Data used was of mergers and acquisitions that Microsoft has disclosed

Since 2005, Microsoft has acquired 101 companies with nearly 75% of these occurring from 2005-2009. After a high of 20 companies in 2006, the number of acquisitions slowly fell to a low of 4 companies in 2010. However, the last three years indicate a possible upward trend in acquisition rate with 6 companies being acquired in 2014 already (5 of which happened after Satya Nadella took the reins).

Although the number of deals have been lower in recent years, Microsoft has had at least a single billion-dollar acquisition every year since 2011 in the form of Skype, Nokia, Yammer, and now Mojang. 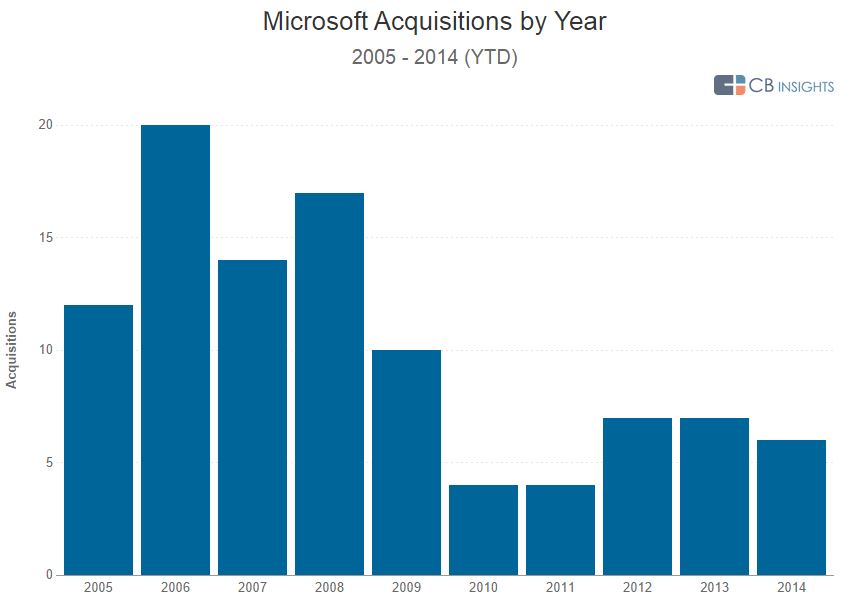 Acquisitions by stage – companies in the midstage get acquired the most

Of the companies that receive funding, Microsoft tends to acquire companies at the Series B or Series C rounds.  When we look closer at the acquired companies, about half do not have disclosed funding prior to acquisition. 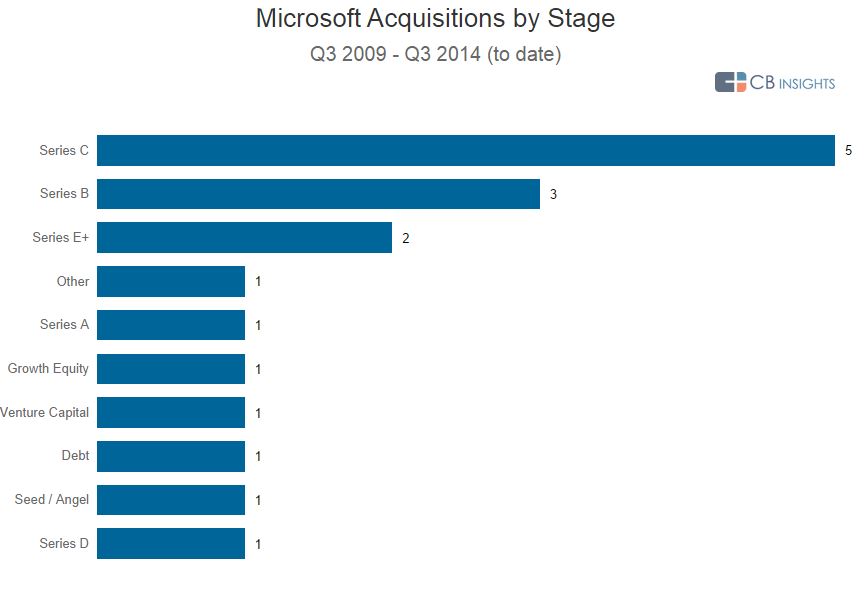 Of the 35 acquisitions that Microsoft has made in the last 5 years, 24 have been of internet and software companies. The prioritization of these sectors has remained constant for the last decade. Some of the deals include: 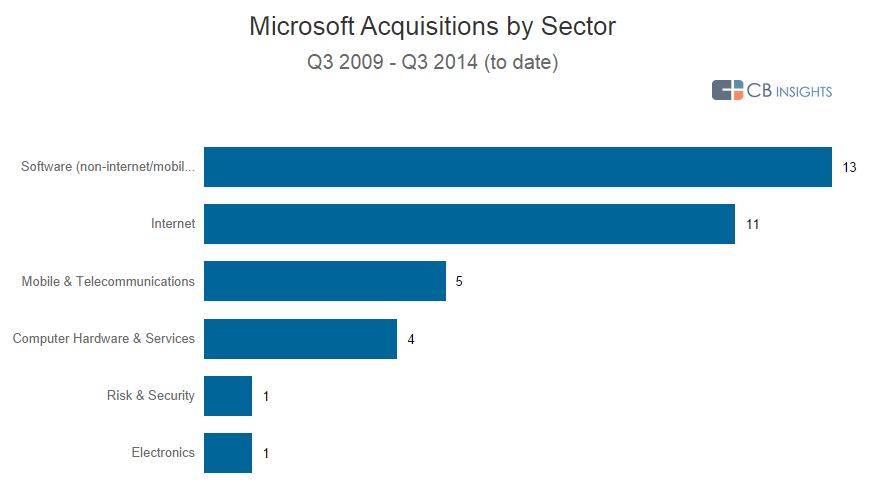 Although California took nearly a third of US-based acquisitions in the past 5 years, this is a relatively small share compared to other large technology acquirers (nearly 60% of Google’s acquisitions were from California in this same time period). In fact, many states outside of major venture markets saw multiple acquisitions including Alabama, Washington, and Illinois. From an international perspective, more than a quarter of overall deals in the past 5 years occurred internationally, which included companies such as Skype, Mojang, and SyntaxTree. 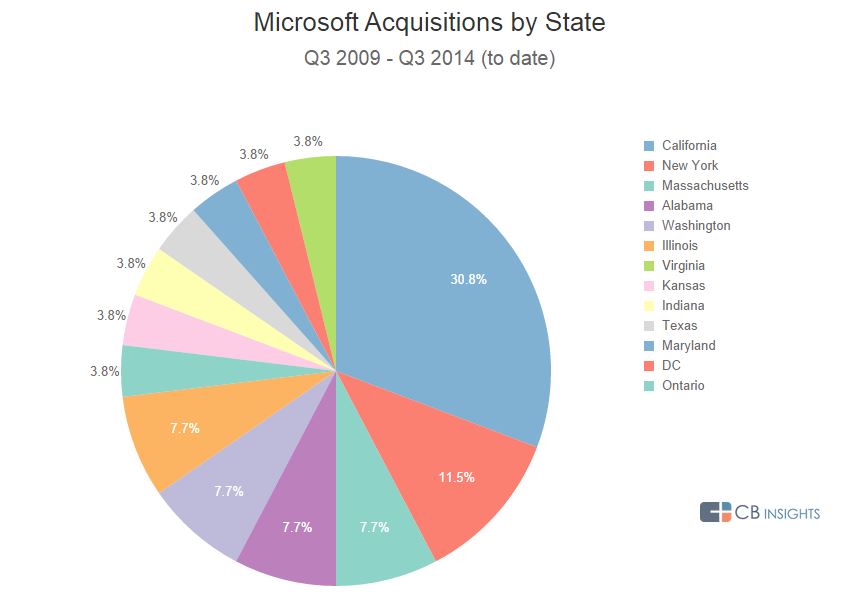 Intel Capital is the top investor

The investor with the most exits to Microsoft is the corporate venture arm of long-time partner Intel. Intel Capital has exited 8 companies to Microsoft, including InMage Systems, Pando Networks, and Perceptive Pixel. These are the other investors that Microsoft has bought at least 3 companies from in the past 5 years:

Want more M&A data? Check out the CB Insights Venture Capital Database and our M&A Analytics tool to understand the acquisition strategy of corporations. Sign up free below.