Research Brief
1840
$100M+ Tech financings are on pace for new highs across all major markets in 2015, with Asia leading the way ahead of the US.

North America (largely driven by the United States) has led all other continents in $100M+ equity financings to tech companies over the past few years (excluding PE rounds). But things are changing. Thus far in 2015, there have been 35 $100M+ rounds in Asia, more than North America’s 32 and Europe’s 8.

Overall 2015 is on pace to smash multi-year highs for nine-figure rounds. In just over 4 months, there have been 75 from the three largest tech continents, versus 107 in all of 2014. 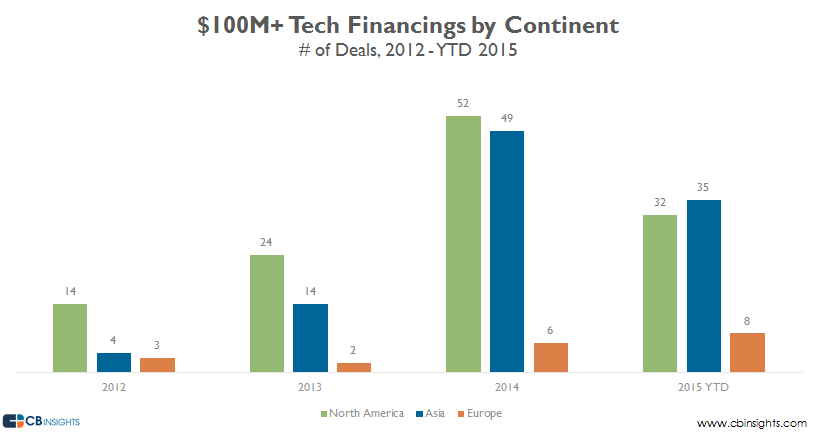 When looking at the cumulative funding, Asia narrowly outpaced North America in 2014 behind $500M+ financings to Xiaomi, Flipkart, Meituan, and others.

Thus far in 2015, North America is slightly ahead in total funding from $100M+ rounds, buoyed by two $1B+ rounds of financing to Uber. Asia, despite a slew of large eCommerce rounds, currently sits at just over $7B in funding, while Europe lags behind at $1.6B, a third of which comes from Delivery Hero’s $563M investment from Rocket Internet. 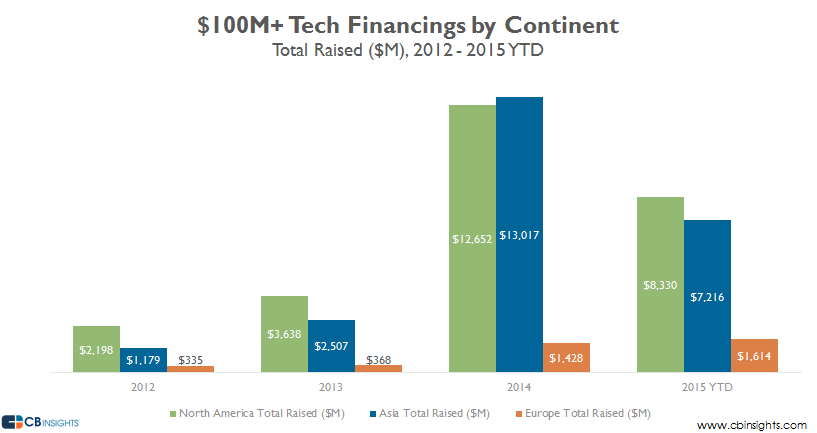 Want more data around nine-figure tech financings? Login to CB Insights or sign up for free below.