Research Brief
3306
Corporate-backed deals to private medical device companies are on pace to reach a four-year high in 2016. Boston Scientific is also among the most active corporates in the space.

Corporations and their investment arms — including Johnson & Johnson, Kaiser Permanente, and Medtronic — have been participating in major deals to medical device startups.

These include large late-stage deals into CVRx, Acutus Medical, and Transmedics. On the back of this activity, corporate-backed deal activity into medical device startups is on track to surge this year.

We used CB Insights data to examine funding trends involving corporates, their activity by deal stage, and the most active players in the investment space. 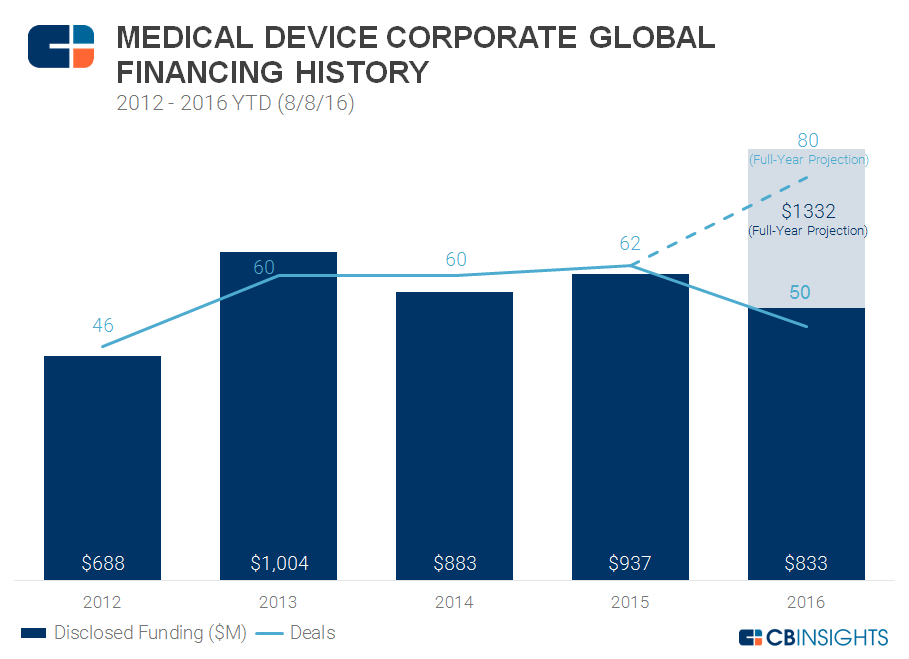 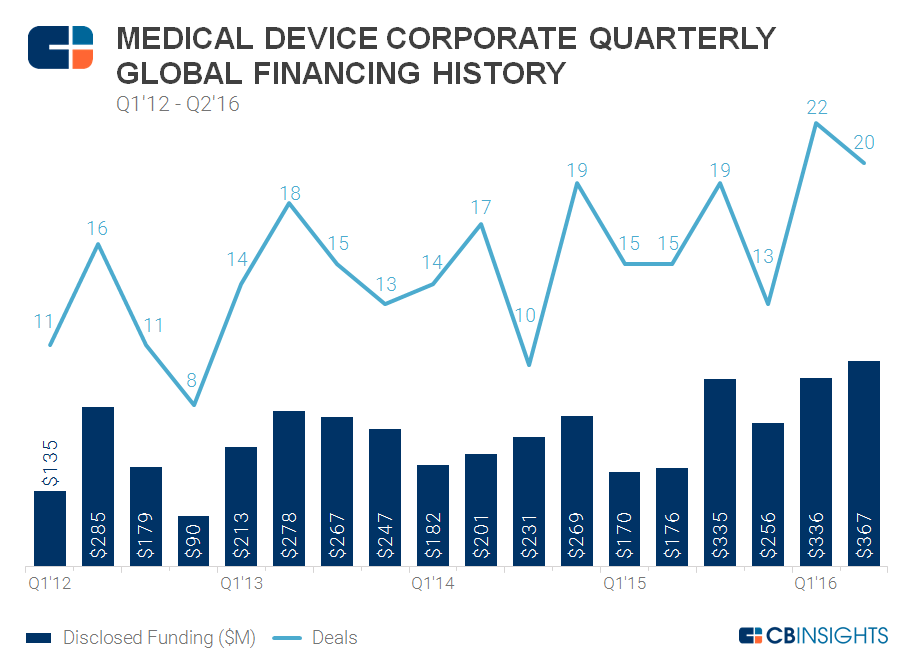 Corporate-backed deals to the medical device sector are not concentrated in the seed/angel and Series A stage. In 2016, more than a third of deals went to mid-stage companies, with the larger share going to Series B rounds. Compare this to equity deals in digital health, where 58% of deals went to seed/angel stage startups in 2016.

Two of the 9 Series A deals completed in Q2’16 include a round to Millin Enterprises which was funded by Lilly Asia Ventures, itself backed by Eli Lilly & Co., and Precision Ocular, funded by investors including Consort Medical, a large drug development and manufacturing organization. 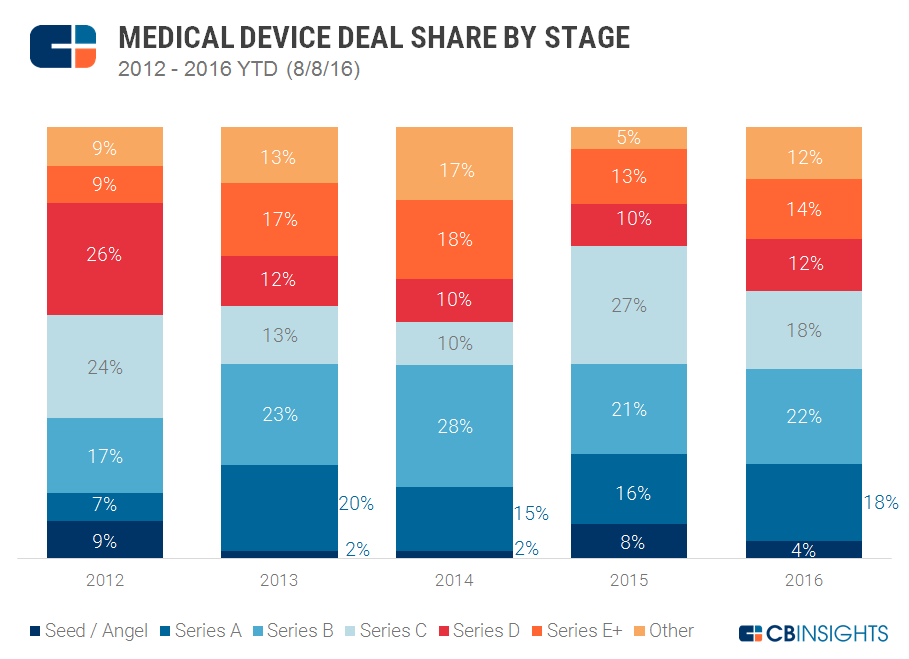 Topping the list of corporates investing in the medical device sector is Johnson & Johnson Innovation, an investment arm of J&J. Two of the arm’s more recent investments include a $5M Series D round in Powervision and a $25M Series E in Torax Medical. Powervision is developing an intraocular lens implant to treat age-related presbyopia and Torax develops devices used to treat defective sphincter muscles.

In second is Boston Scientific Corporation, a global medical device manufacturer, which recently invested in the $40M Series D round to NxThera and $15M Series C to TVA Medical.

Medtronic, the world’s largest medical device company and third on our list, participated in the 2012 $143M Series D round in Mitralign, a developer of catheter based technology for the treatment of mitral regurgitation.

Want more data about top medical device startups? Login to CB Insights or sign up for free below.