Equity funding and deals to private medical device companies ticked up in 2016 following a downturn in 2015. Meanwhile, concerns over medical device cybersecurity risks continued to make headlines in the second half of the year, bringing increased uncertainty to the growing field.

In August 2016, the investment firm Muddy Waters Research released a report claiming to have identified vulnerabilities in cardiac monitors manufactured by St. Jude Medical, claims eventually supported by the FDA. Then in December, the FDA issued guidelines for addressing issues of cybersecurity for devices already on the market. The ongoing controversy did not seem to deter investors, however, with firms making large deals to connected device companies such as Proteus Digital Health and CVRx in 2016.

Below we used CB Insights data to analyze yearly and quarterly investment trends as well as funding by deal stage.

The largest deals since 2012 include a $510M corporate minority round to Panasonic Healthcare in 2016, a $307M round to now-embattled blood testing company Theranos in 2014, and a $200M round to Mevion Medical in 2015. Panasonic Healthcare develops medical equipment for the lab, Theranos is a blood diagnostics company, and Mevion Medical is the maker of radiation therapy systems. 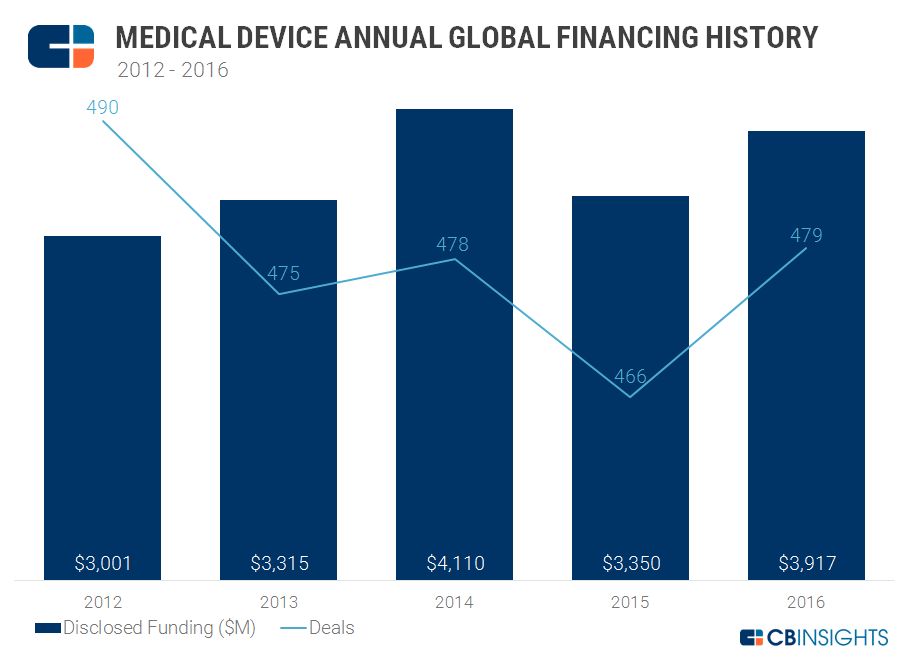 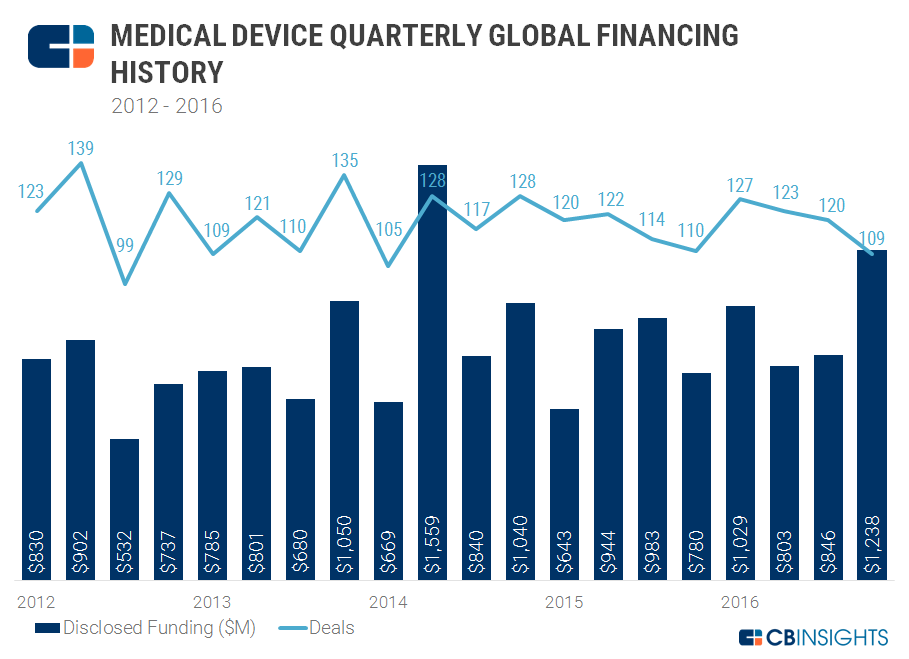 Overall, deal share remained relatively static between 2015 and 2016 with only slight percentage shifts.

Broken down by stage, early-stage deal share (seed/angel and Series A) fell for the 4th consecutive year, currently down 1 percentage point from 30% of total deal share in 2015 to 29% in 2016. Two seed deals completed in 2016 include a $30M round to Impulse Dynamics, developers of an electrical device for the treatment of chronic heart failure, and a $6M seed round to Allurion Technologies, makers of a gastric balloon device to aid weight loss.

Mid-stage deal share saw no change over 2015, remaining at 19% of all deals. Late-stage deals also remained static, holding at 13% of total deal share. 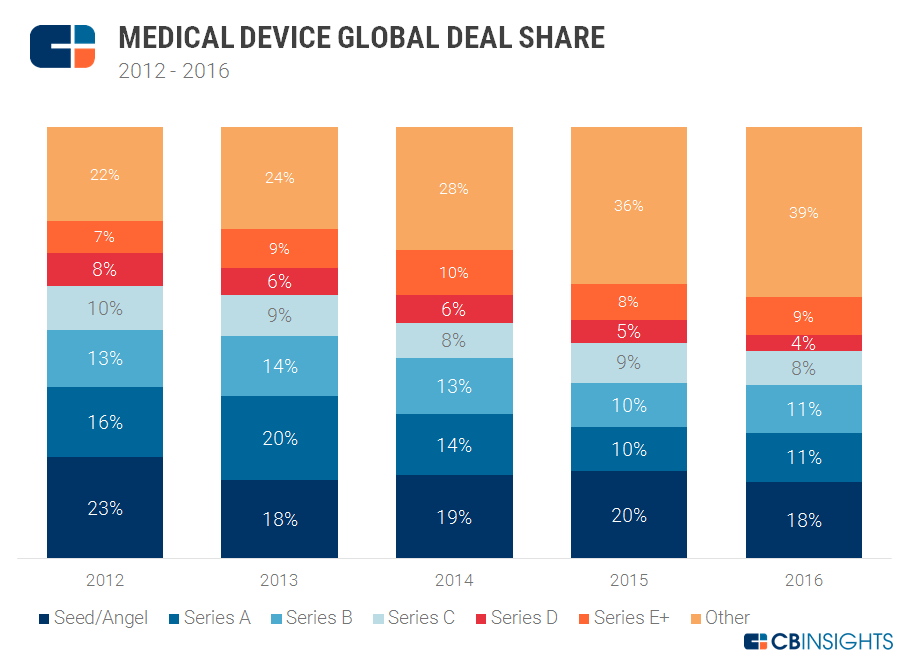 Want more data on medical device startups? Log in to CB Insights or sign up for free below.