Research Brief
3281
Since 2012, the US has received 80% of global deals to medical device startups. California alone takes more deals than any non-US country.

The United States is the center of startup investing for many industries and the medical device industry is no exception.

Within the US, California is the center, which is not surprising, and Massachusetts takes second place.

Accounting for 80% of deals to medical device companies, the United States has dominated investment into the industry over the past four years. Israel and the UK rank second, each with a 4% share of global medical device deals. Germany, Canada, and France grab third with a 2% share each.

One of the most active medical device investors, High-Tech Gruenderfonds, made two deals into Germany-based startups in 2016; SeNostic, which develops diagnostic technology for neurodegenerative diseases, and Abviris, a developer of screening tools for HPV-induced oral cancer.

The remaining 7% of medical device deals is spread widely among 24 countries including Switzerland, India, and the Netherlands, none capturing much more than 1% of the global total. 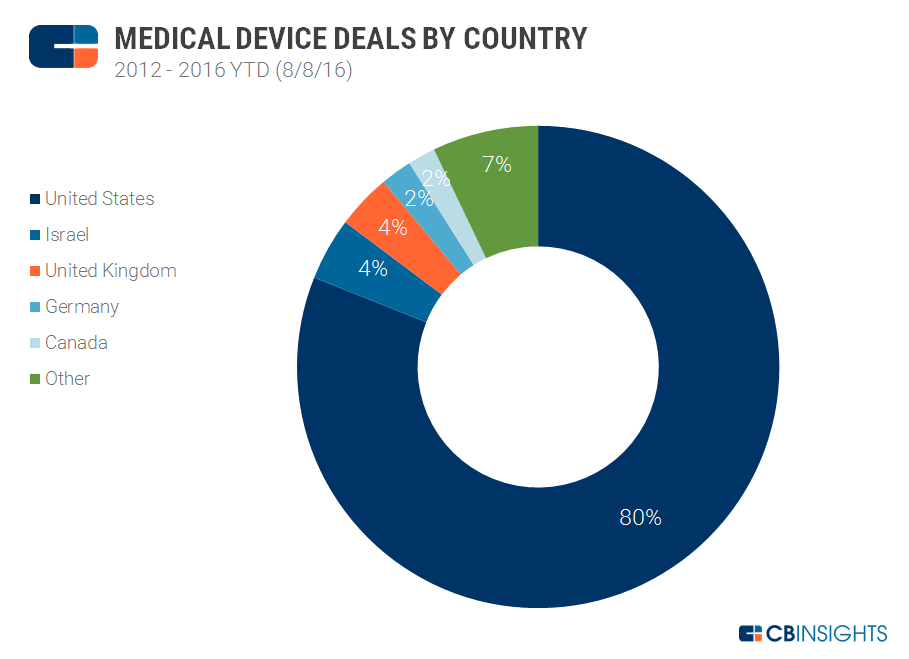 Total equity dollars in the sector are also heavily concentrated, with the US taking an 82% share of equity funding to private companies in the space. Since 2012, Israel has been leading the pack outside of the US with a 6% share of total funding dollars.

In third, Switzerland, the UK, France, and Germany account for 2% each. The remaining difference is split between a number of countries, none making up more than 1%. 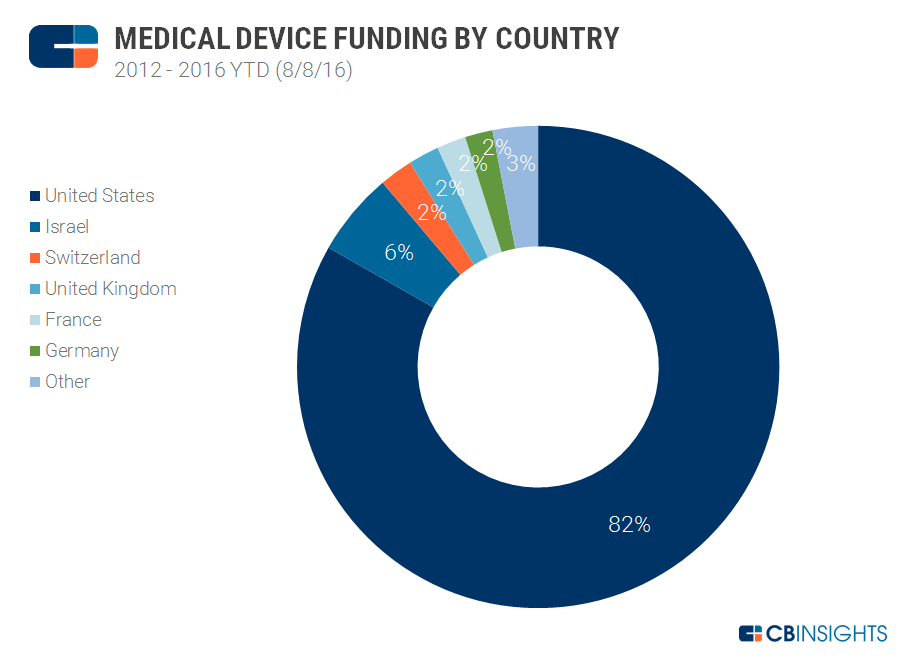 Massachusetts has consistently ranked second, averaging a 10% share of US based deals into private medical device companies. Minnesota, Pennsylvania, and Texas have battled it out for third over the years, with Pennsylvania taking the bronze in 2016 year-to-date with a 6% share of deals. 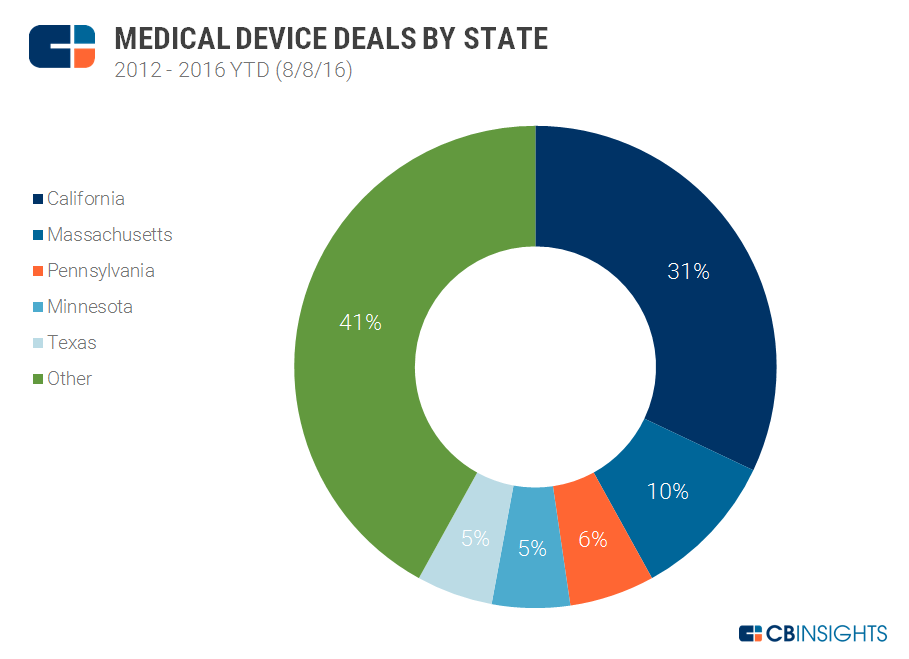 Want more data about top Medical Device companies? Login to CB Insights or sign up for free below.