The medical device industry has pulled in over $3B in private funding every year since 2012. However, in light of Theranos’ ongoing legal battles and and issues surrounding the data vulnerability of St. Jude Medical’s implantable cardiac monitor, cybersecurity and product efficacy were top of mind this past year. Despite the challenges, however, medical device companies raised nearly $4B in 2016.

However, medical device exits, which had been growing every year since 2012, contracted suddenly in 2016, falling to pre-2015 levels. In this report we used CB Insights data to analyze exit trends in the medical device industry.

Recent IPOs include that of iRhythm Technologies in October, and the July IPO of Tactile Systems Technology. iRhythm manufactures a cardiac monitoring system and Tactile Systems develops devices for the treatment of lymphedema. 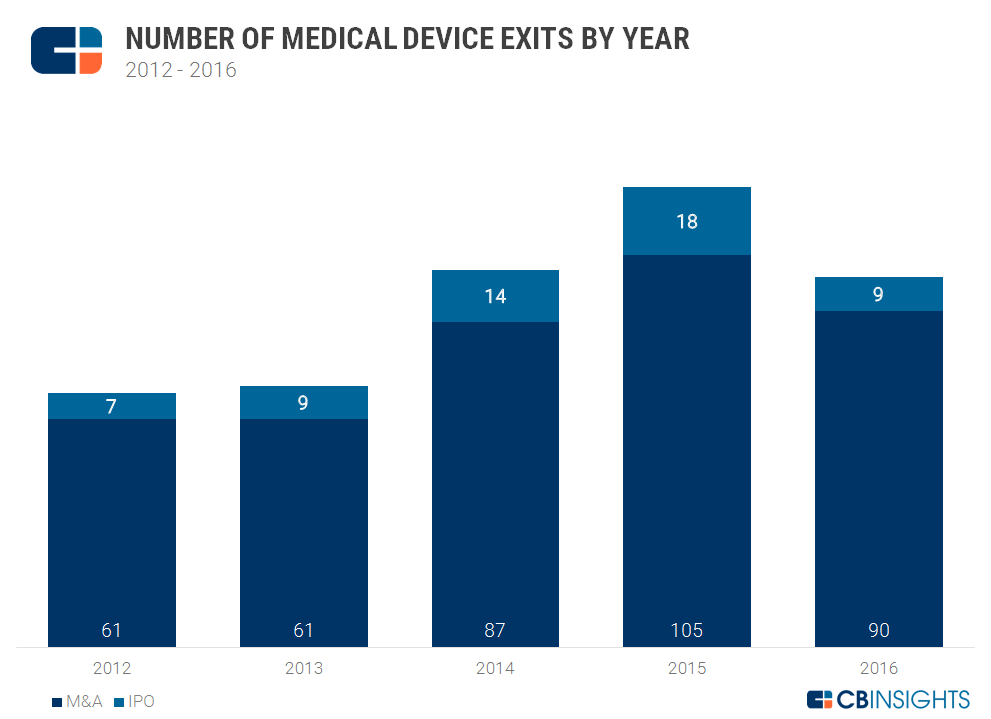 Want more data on medical device companies? Log in to CB Insights or sign up for free below.