Around 22% of all medical device companies acquired since 2012 have had VC backing.

Medical device startups across the globe raised nearly $4B in equity financing in 2016, placing last year just behind the 5-year high of $4.1B in 2014. NEA stands out as the most active investor in device startups with Versant Ventures, OrbiMed Advisors, and High-Tech Gruenderfonds not far behind.

As medical device companies gain traction, large corporates such as Medtronic, Boston Scientific, and Teleflex are competing in the race to acquire private medical device startups targeting neurosurgery, orthopedics, and cardiology, among other areas.

Below we used CB Insights data to track first-exit M&A activity of top medical device acquirers that have made 5 or more acquisitions since 2012. 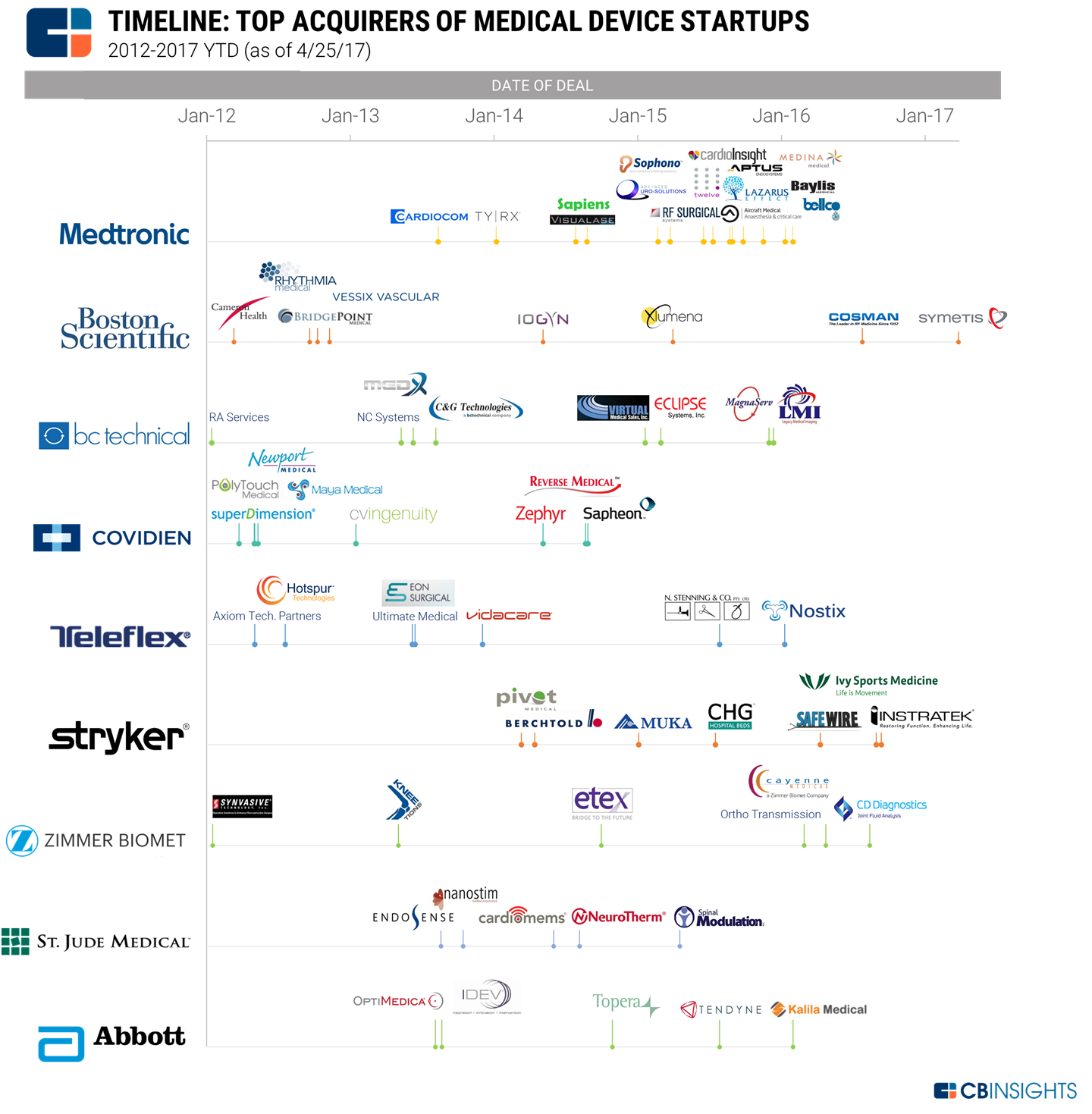 Startups are working on connected devices, next-gen prosthetics, and robotics aimed at the medical field. Look for Medical Devices in the Collections tab.

Want more data on medical device companies? Log in to CB Insights or sign up for free below.