Augmented reality and virtual reality (AR/VR) are no longer just toys. With nearly 20% of AR/VR deals going toward companies focused on content, media companies don’t want to be left out on the next content-delivery platform.

Not surprisingly, many of the top digital media giants and production studios have jumped into startup investment.

Media players and their venture arms that have made bets on AR/VR recently include:

Using CB Insights data, we created a timeline in order to visualize the boom in corporate media investment into AR/VR startups.

The pioneering AR/VR deal involving a media corporate occurred in Q4’14, and was Burbank-California based Legendary Entertainment’s investment in Magic Leap‘s $542M Series B. More than 6 months passed without another until late 2015, where a wave of AR/VR deals formed, beginning with Comcast Ventures investing in Altspace VR‘s $10M Series A and Bonnier investing in VR studio Resolution Games‘ $6M Series A.

See the full timeline below: 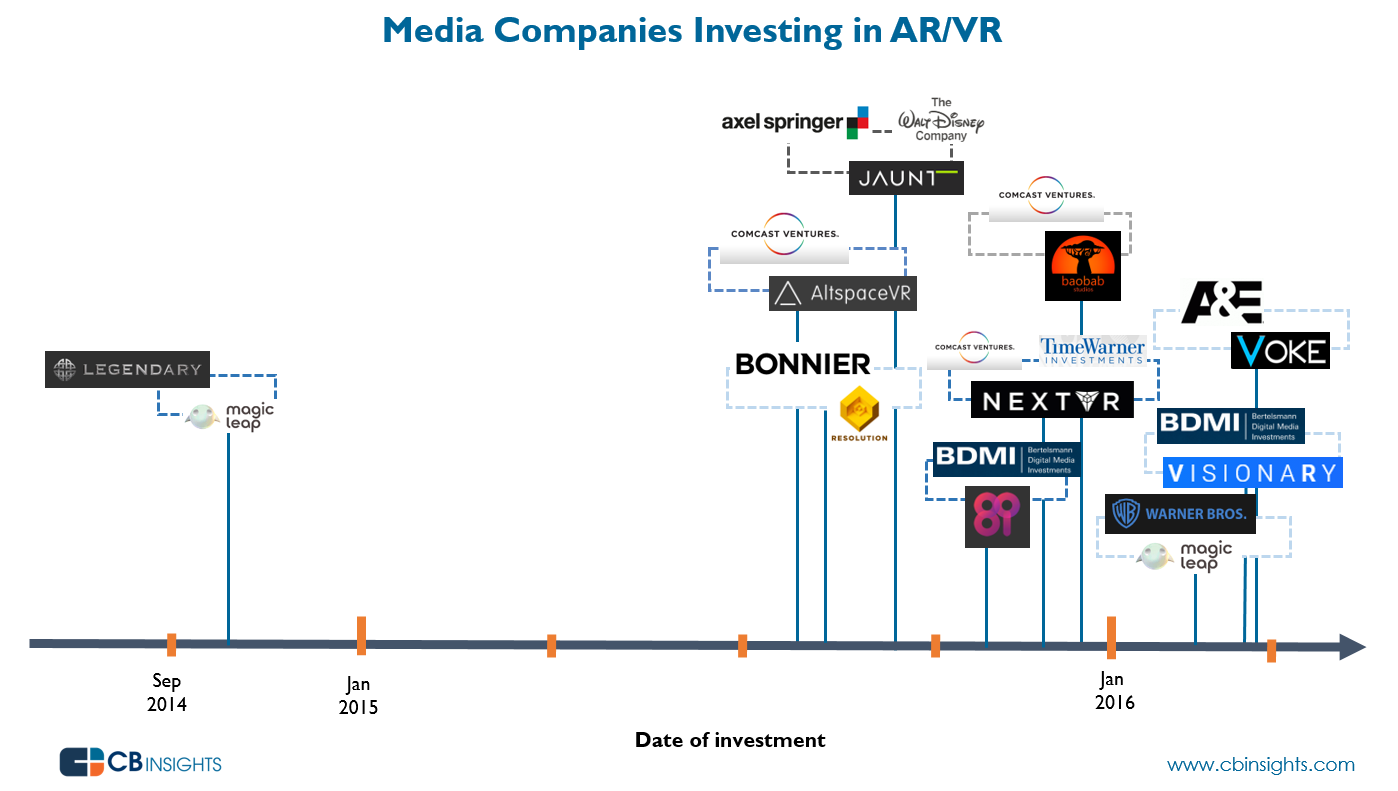 *The timeline above excludes deals made by accelerators or incubators that may be associated with, or have received investment from, a media company.