Research Brief
2761
Powered by Hello Fresh and Blue Apron, meal kit funding hit record highs in 2015 but is on track for a sharp decline this year.

Hello Fresh in Germany and Blue Apron in the US dominate the funding picture for global meal kit startups, with $278M and $193M in total funding, respectively.

We used CB Insights data to track investments into other meal kit startups, which send users kits with recipes and pre-portioned ingredients to cook meals at home.

Over 70% of all meal kit deals have gone to early-stage companies receiving Seed or Series A rounds. If current trends persist, 2016 will end the year with less funding than 2014, although activity is still on track to cross the 20-deal threshold. 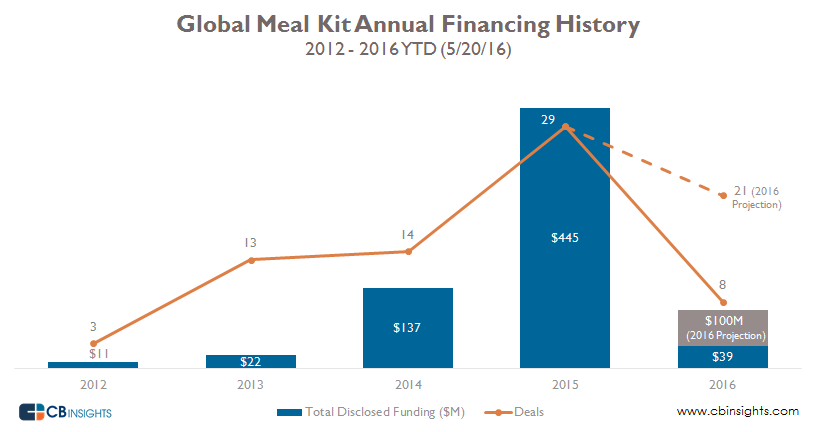 Want more data about food tech financing? Login to CB Insights or sign up for free below.