Deals and funding to restaurant/meal delivery and grocery delivery startups have grown dramatically since 2015, as part of an overall expansion of the on-demand economy. However, investor focus has shifted between the two categories over time.

To dive into the state of on-demand dining, we used CB Insights data to compare financing to the two main segments of food delivery startups over time.

Deals to the segments generally move in tandem, which makes it particularly notable this quarter that grocery saw a significant decline while meal deals increased. We’ve seen the segments move inversely in only 2 earlier quarters. 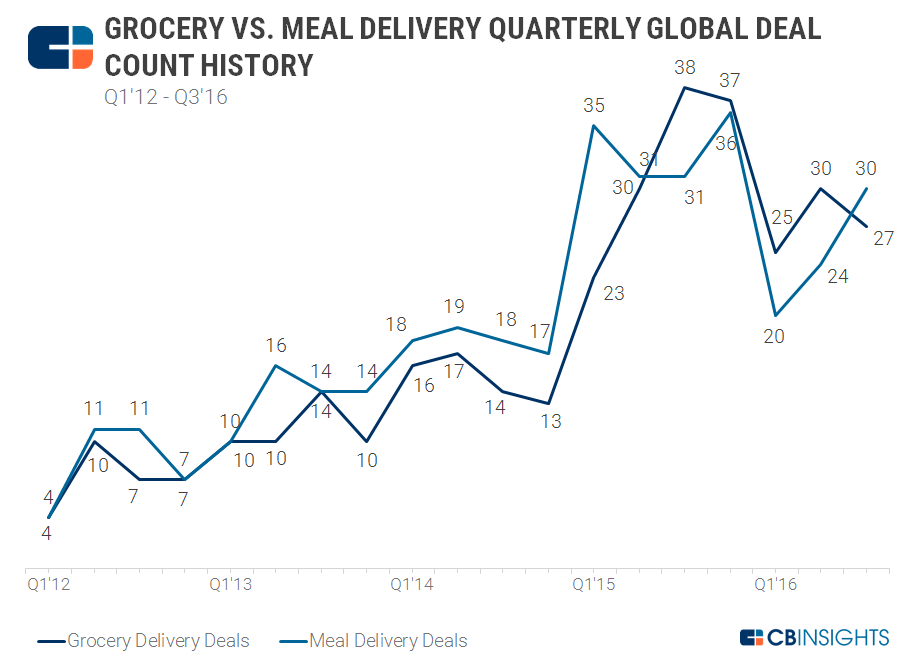 In the meal segment, just one deal represented over 70% of total Q3 segment funding—a $275M Series E to London-based Deliveroo, from investors including General Catalyst Partners and Nokia Growth Partners. Brazil’s iFood earned the second-largest meal deal with a $30M Series F. That was followed by a $21M Series B to NYC-based Freshly.

In grocery delivery, FreshDirect raised Q3’s largest round with a $189M private equity investment from the AARP Innovation Fund, JP Morgan Partners, and W Capital Partners. Meal kit startup Home Chef ranked second with a $40M Series B, tied with a $40M investment by Alibaba Group into grocery delivery startup Shandiangou. Notably, the Alabama-based Shipt raised its $20M Series A in Q3’16; it is one of the larger delivery startups not based on either coast. 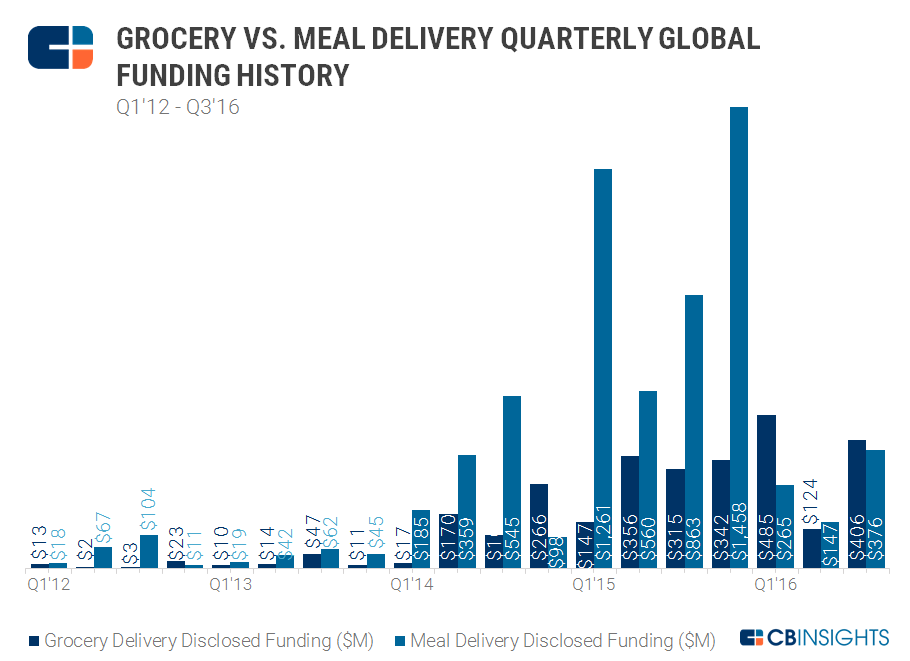 Due in part to the spree of mega-rounds in 2015 mentioned above, the top meal delivery startups boast higher funding totals than top grocery delivery startups. Shanghai-based meal delivery startup Ele.me leads the category with over $2.3B in disclosed funding raised from Sequoia Capital China, Alibaba, Didi Chuxing, and others. FreshDirect leads the grocery category with $297M in disclosed funding, from backers including Maverick Capital, RockPort Capital Partners, and AIG Investments.

Want more data on food delivery startups and investors? Log in to CB Insights or sign up for free below.