May was the third-straight month with over $1.1B in funding going to early-stage startups, but the number of deals continues to fall. The report below details early stage (Angel and Series A) technology financings, and ranks some of the hottest early-stage tech companies funded in May 2015 based on momentum data from social media, news, and web traffic.

Early-stage tech-deal activity fell for the second-straight month, as startups raised $1.19B across 358 early-stage deals in May. 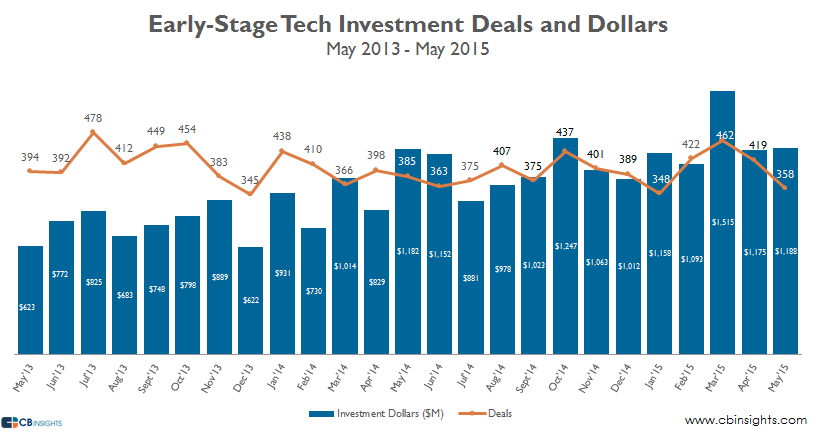 The median round size across all early-stage tech deals topped $1.8M for the first time since October 2014. This is the third-highest monthly median in the past two years. 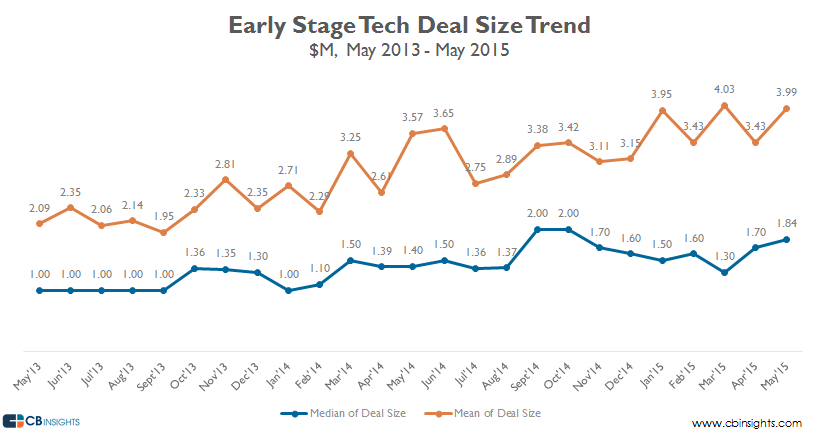 After mean and median deal sizes popped in March, Angel rounds have now fallen for two straight months, with the median deal size reaching just $490K in May 2015, the lowest median size of the past two years. 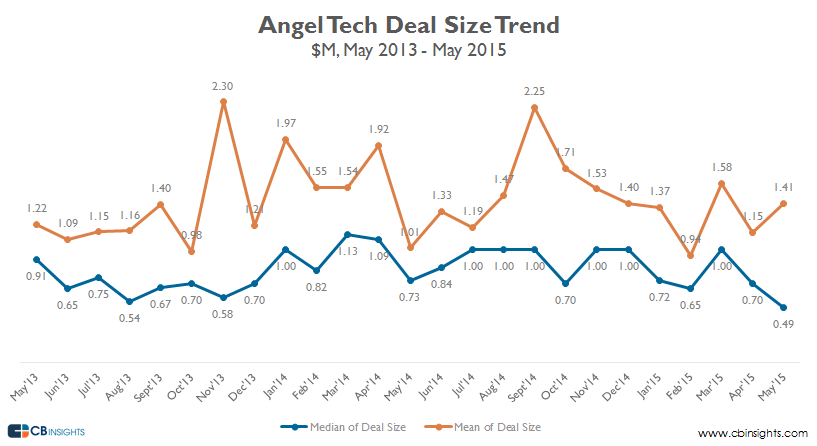 Median Seed tech-deal sizes in May hit $1M for the second-straight month as 7 of the last 8 months have hovered closely around the $1M median size. 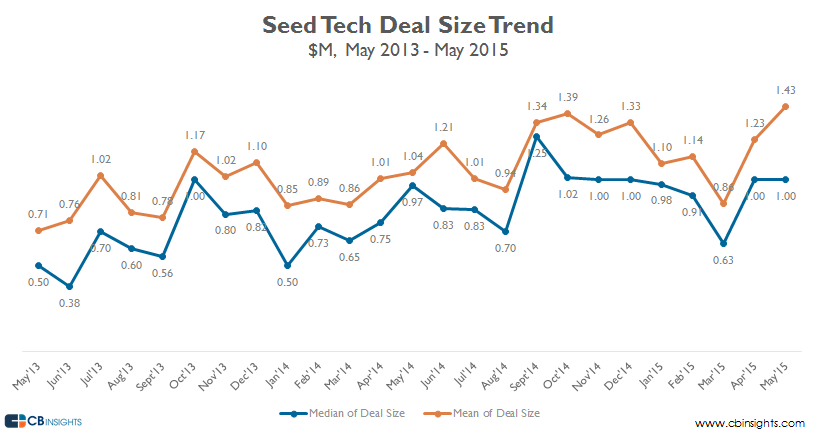 The median Series A deal size was $5M in May, marking the ninth-straight month at $5M+, further cementing $5M as the new normal for Series A. 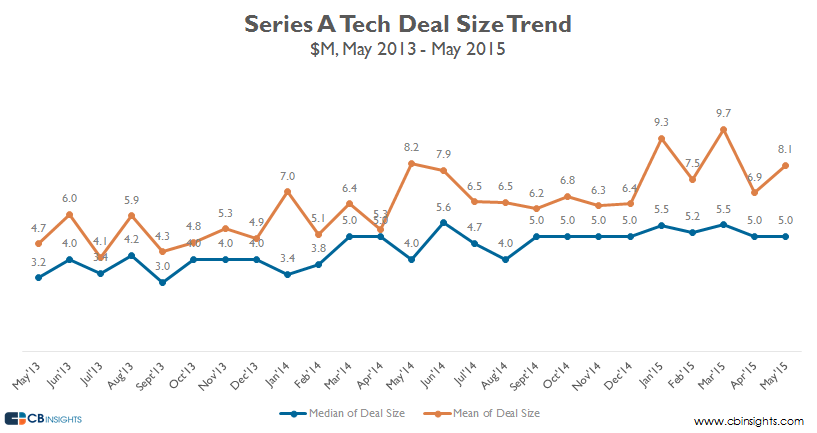 Internet startups accounted for 64% of all early-stage tech deals in May. This was the fifth-straight month that internet deal-share has topped 60%. Mobile startups were up slightly, taking 26% of all deals, versus 25% in April.

Internet startups captured 60% of all funding in May 2015, their lowest dollar-share of investments in 2015. Software startups took 8% of all dollars, including large deals to Visible Alpha and eVolution Networks, among others.

Visible Alpha, a business-intelligence and data-analytics platform was the largest US early-stage tech deal in May, raising $30M from Morgan Stanley, UBS, Citigroup, and others. Samsara Networks and eVolution Networks rounded out the top 3, as the top 10 deals cumulatively raised $195.6M in May.

500 STARTUPS WAS THE MOST ACTIVE VC IN MAY

500 Startups was the most active early-stage tech VC in May, with investments in Cleanly, NewsWhip, and Mitoo, among others. Accel Partners and RRE Ventures rounded out the top 3.

We tracked overall news mentions as well as web traffic metrics (page views, reach, rank) and Twitter mention growth for the early-stage tech companies that received financing in May 2015. Below are the 4th- to 20th-ranked companies in each metric. The full top 20 are only available to CB Insights customers on the Research tab.