The big Q4 was a good rebound from a Q3’14 which saw $700M invested across just 65 deals, the lowest quarterly total in the past two years. 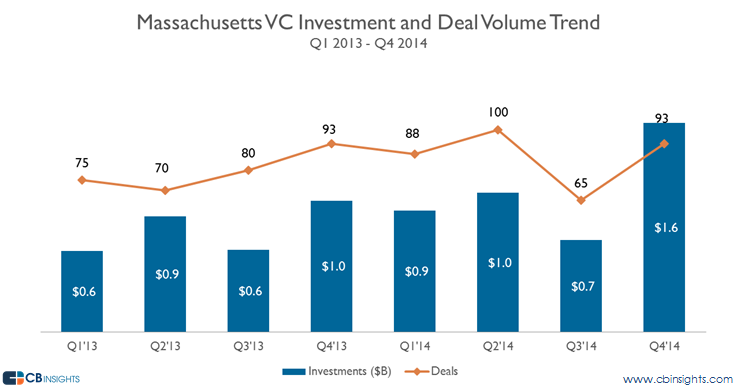 The big year for MA-based VC investment was partially due to the previously-mentioned $450M to Moderna, but as seen below, a high number of more modestly sized investments led to the high financing numbers. While the top ten deals raised a cumulative $973M, there were over 60 $20M+ deals. Data management company Acitifio joined the $1 billion club when it raised $100M at a $1.1B valuation from Tiger Global Management, A16Z, and North Bridge Venture Partners, among others, while Simplisafe rounded out the top 3 with its $57M Series A, another go-it-alone bet by Sequoia Capital. 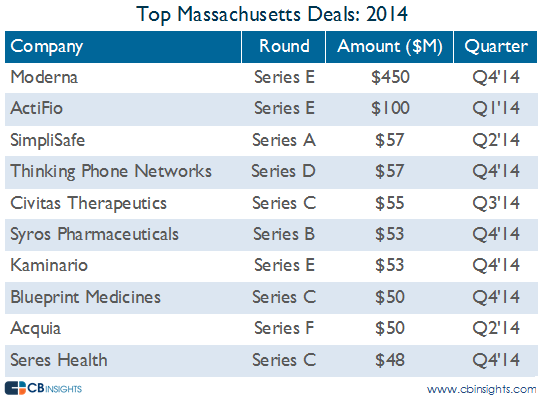 Internet companies captured the highest number of VC deals of any sector in 2014, with 37% of deals. Healthcare trailed, as deal share fell from 30% in 2013 to 26% in 2014. Mobile was the only other sector with a deal share greater than 10%, as 14% of all VC deals went to MA-based Mobile companies. 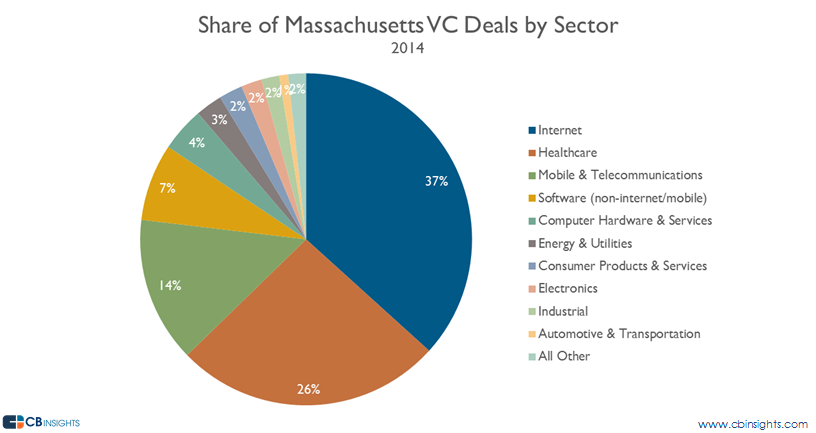 The full breakdown below. 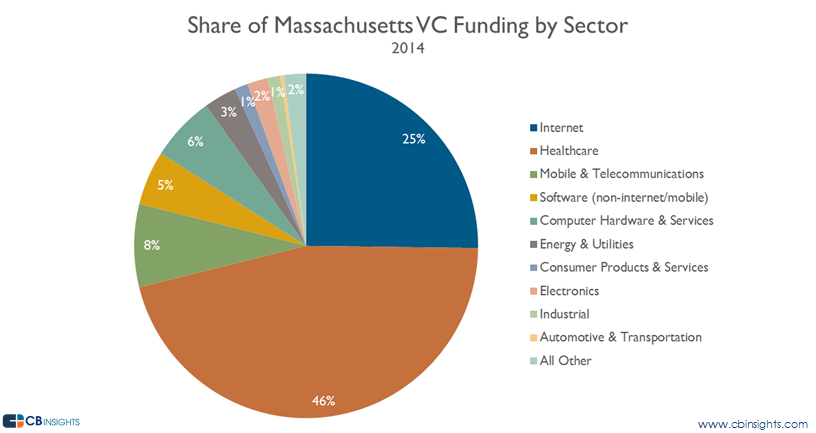 Want to track Massachusetts financing data as it happens? Login to CB Insights or sign up for free below.