Since 2012, investors in marketing tech have consistently placed ~45% of their bets on early-stage companies.

Marketing tech startups saw a nearly 90% increase in dollars invested between 2012 and 2015, when dollars peaked at approximately $3.8B. However, in 2016 dollars to marketing tech startups decreased by over 25%, and deals last year hit their lowest point since 2013. On a quarterly basis, though, Q1’17 activity suggests the category’s slump is showing signs of a possible recovery.

In fact, marketing tech startups garnered over $700M in funding across just over 160 deals in Q1’17 — more money than any single quarter last year and the second highest quarterly deal count since Q3’15.

We define marketing tech broadly as tech companies with a core product or service whose primary use case is to enable marketers to manage marketing workflows; digital content and apps; online advertising, social and email campaigns; and analytics. Startups that primarily focus on sales automation and customer relationship management (CRM) are excluded. Also excluded are those that offer online ad networks or exchanges, i.e. ad marketplaces.

Last year, there were no mega-rounds of $100M+ to marketing tech companies. The largest round in 2016 went to the company Jana Mobile, which secured a $57M Series C investment in February, from investors including Verizon Ventures. Well over half (64%) of the deals in marketing tech last year were for $2M or less.

In 2015, two companies secured mega rounds: Panshi obtained a $200M Series B in May, and New York-based marketing platform Zeta Interactive received $125M in a private equity deal in July. 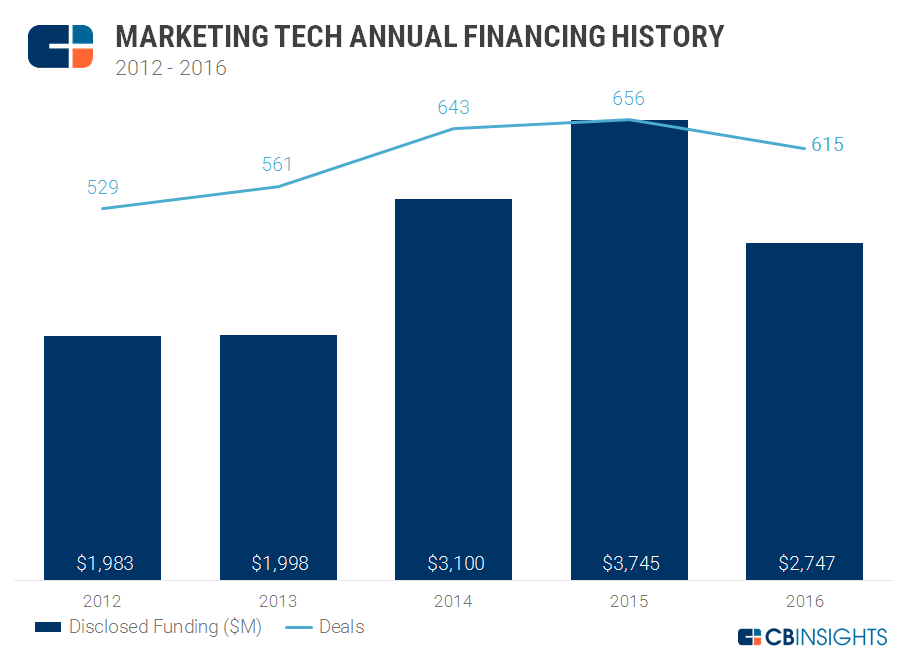 Despite the slump on an annual basis, deals were near an all-time quarterly high in Q3’16 at 170, and dollars also started to level out from four straight quarters of decline after the peak in Q2’15. However, Q4’16 saw another big slump, with the lowest quarterly deal count since Q4’13. Q1’17 saw deals tick back up again to over 160. Dollars in Q1’17 were also up from Q4’16.

Top deals in Q1’17 include rounds to the online advertising company Studio71 ($56.3M corporate minority in January) and to the mobile attribution and marketing data analytics platform AppsFlyer ($56M Series C in January). 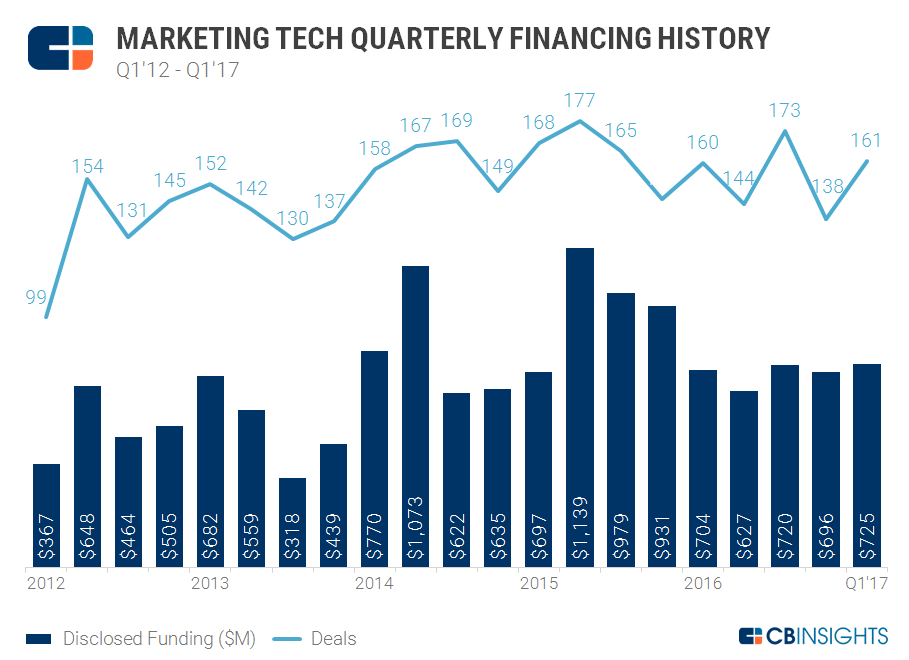 Since 2012, investors have consistently placed ~45% of their bets on early-stage marketing tech companies in the seed/angel stage, while the share of deals going to Series A companies has declined over the last five years.

Series B investments as a share have also declined slightly over the time period. On the flip side, the Other category, which includes debt/convertible note deals among others, increased from 11% of deals in 2012 to 21% through 2016.

The largest seed/angel rounds in 2016 went to the companies Amperity ($9M Seed VC in February), and Simple HQ ($7.5M Seed VC in September).

In Q1’17, the largest seed/angel rounds went to Eulerian Technologies, which offers automation and optimization solutions for e-marketing operations ($5.32 Seed VC in January), and the consumer insight and consumer engagement company Audiense ($4.76M angel round in February). 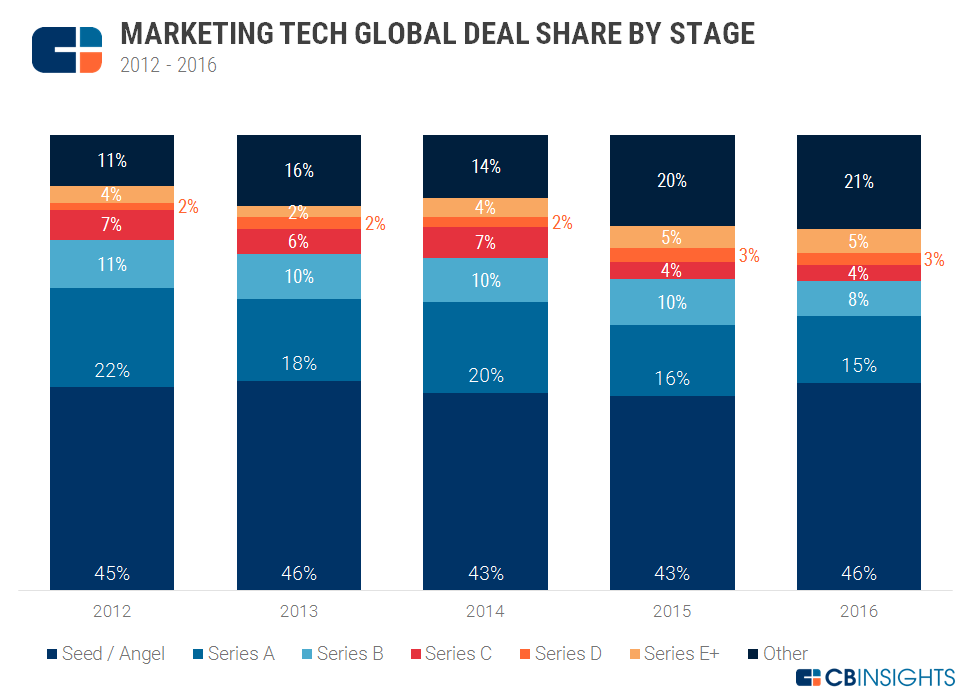 Want more data on marketing tech startups? Log in to CB Insights or sign up for free below.