Funding to financial technology is thriving as startups in the space harness major trends like big data, mobile, and social networks.

Major banking giants aren’t sitting on the sidelines as they see some of these startups attack traditional banking segments, including payments, wealth management, and billing.

Of the six banks, Citigroup has been most active — primarily through its strategic venture arm Citi Ventures — which has invested in fintech startups ranging from Betterment to Jumio to Square. Goldman Sachs, as we’ve previously detailed, has increasingly ventured into fintech startup investing, with thematic investments across payments tech and big data finance. The chart below shows total fintech deals (new and follow-on) by the six banks since 2009. Note: Debt and lines of credit were not included in the analysis. 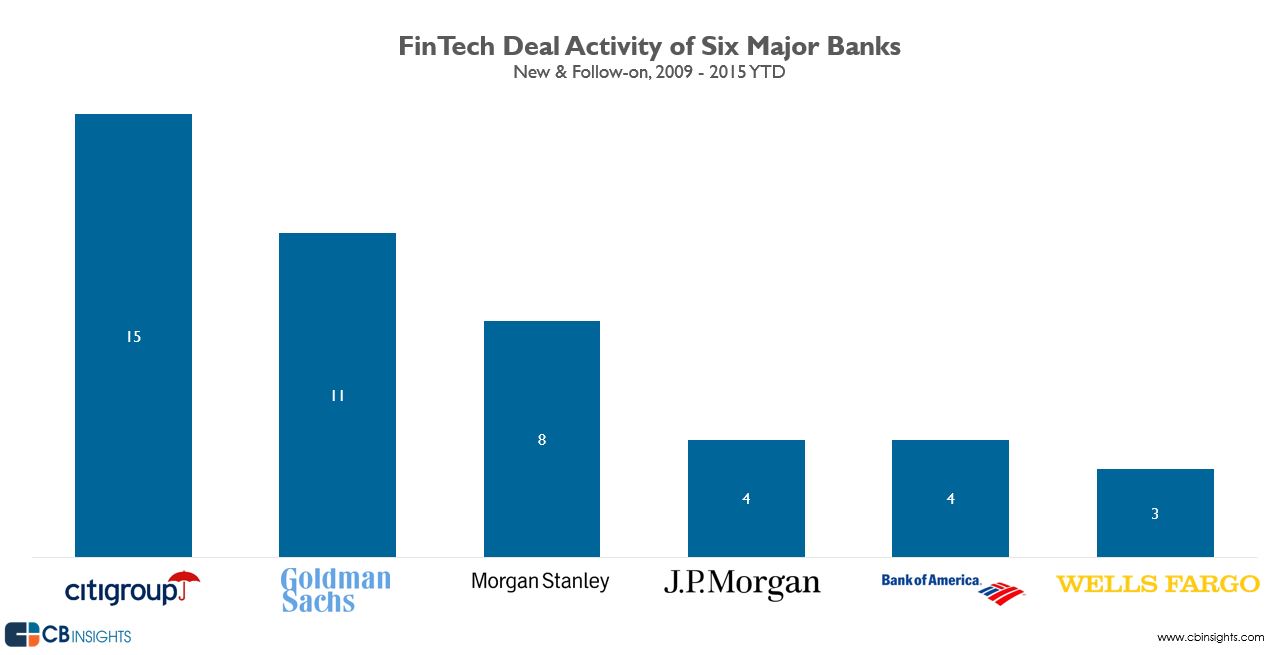 One useful way to visualize investor strategies in fintech is to use CB Insights’ Business Social Graph, which shows how the banks’ investments intersect and diverge. Interestingly, the six banks’ investments overlap in a number of cases, as the visualization below highlights.

JPMorgan and Goldman Sachs for example, have both backed Motif Investing, a San Mateo, California-based online brokerage allowing users to buy baskets of stocks. Morgan Stanley, Bank of America, and Citi (as well as UBS and Jefferies) have all invested in Visible Alpha, a startup offering a platform for aggregating and interpreting stock analyst models and forecast data. Perhaps most notably, mobile payments company Square has garnered investments from four separate bulge-bracket investment banks as its valuation climbed to $6B: Goldman Sachs, Citi Ventures, JPMorgan, and Morgan Stanley. 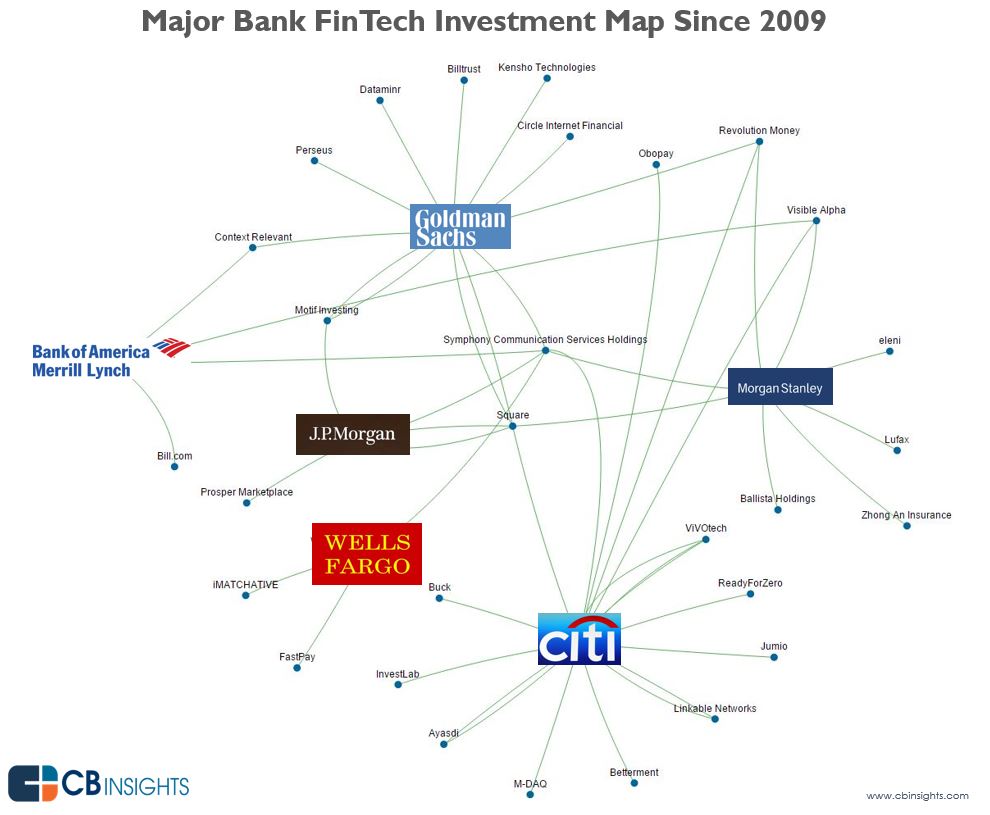 More thematically, several categories have been prominent for bank investments in fintech:

Payments tech: A number of the banks have invested in various payments startups ranging from Square and Obopay in mobile payments, to business-payments network BIlls.com, and online transaction company Revolution Money. The latter was acquired by American Express in 2010.

Data analytics: Another hot area is big data analysis as it pertains to financial services. Goldman Sachs and Bank of America share an investment in Context Relevant, which offers an advanced analytics platform for financial services. Goldman has also invested in Kensho Technologies, Dataminr, and Antuit in this category. Citi Ventures counts big data analytics firm Ayasdi as a portfolio firm.