Research Brief
1704
The usual suspects in large tech financings were not an option for Lyft. So they found 2 investors who don't traditionally do mega-financings.

Because many of the investors in tech’s largest financings were already investors in Uber or had invested in other players within the ride-sharing space, Lyft’s investor options looked quite limited as we’d previously detailed.

Given Lyft was boxed out from many of the usual suspects, it was clear that Lyft would need to raise its next round from some investors who don’t typically do deals like this. And it looks like they’ve done just that. Lyft has raised $530 million from Rakuten and Fortress Investment Group at a rumored $2.5 to $3 billion valuation.

The investment is big for Lyft and quite atypical for both Rakuten and Fortress.

Rakuten, the Japanese ecommerce/internet firm, is not a mega-deal investor.  Below is an extract from CB Insights’ deal search showing the company’s recent investment activity. As you can see, Rakuten’s investments in 2014 have been early stage (Seed and Series A) and generally below $5M. The firm’s largest investment prior was their $100 million into Pinterest which valued the company at $1.5B and was almost 3 years ago in 2012. 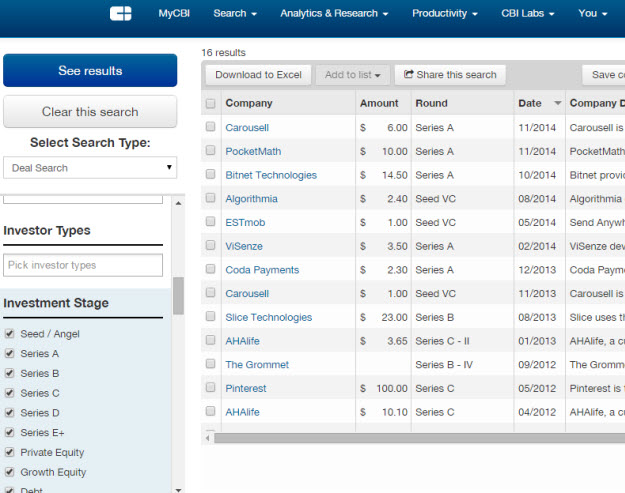 Fortress Investment Group also is a bit of a stranger to these mega tech financings. As can be seen below from Fortress’ investor profile, the firm’s recent investments have been markedly smaller and structured as line of credits. They’ve also been very enterprise IT focused. 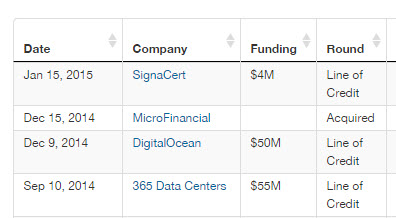 The usual suspects in large tech financings as we’d previously detailed were not likely possibilities and that appears to have been borne out by this recent financing. Even with this round, the gap with Uber from a financing perspective remains large, so it will be interesting to see if Lyft continues to fundraise and if it can bring other investors into its orbit. 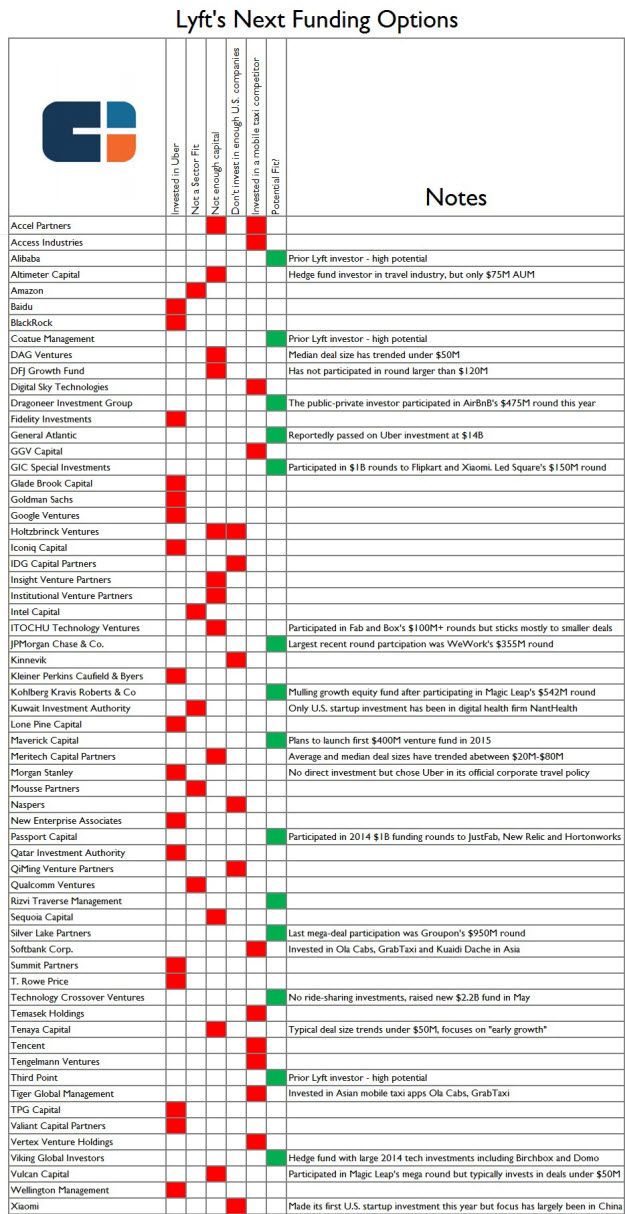 Want more information into Lyft’s financing activity? Login to CB Insights or sign up for free below.