The Los Angeles metro area is home to tech unicorns such as Snap, The Honest Company, Age of Learning, and Procore Technologies, among others.

As LA’s community of tech talent, entrepreneurs, and founders continues to grow, the area is seeing a gradual maturing of the investment landscape. A smaller share of deals were invested in early-stage VC-backed tech startups this year than any previous year since 2012. Using CB Insights data, we outlined this trend and many others shaping LA’s tech industry. 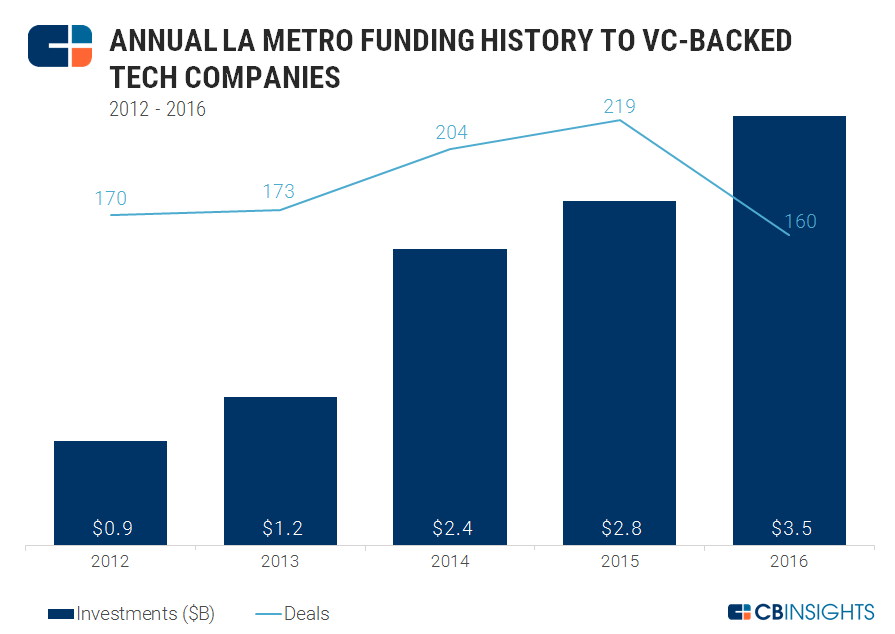 Los Angeles is off to a strong start this year. Funding to VC-backed tech companies in the LA-metro area during the first month of 2017 was up significantly over January 2016, reaching $309M across 12 deals. 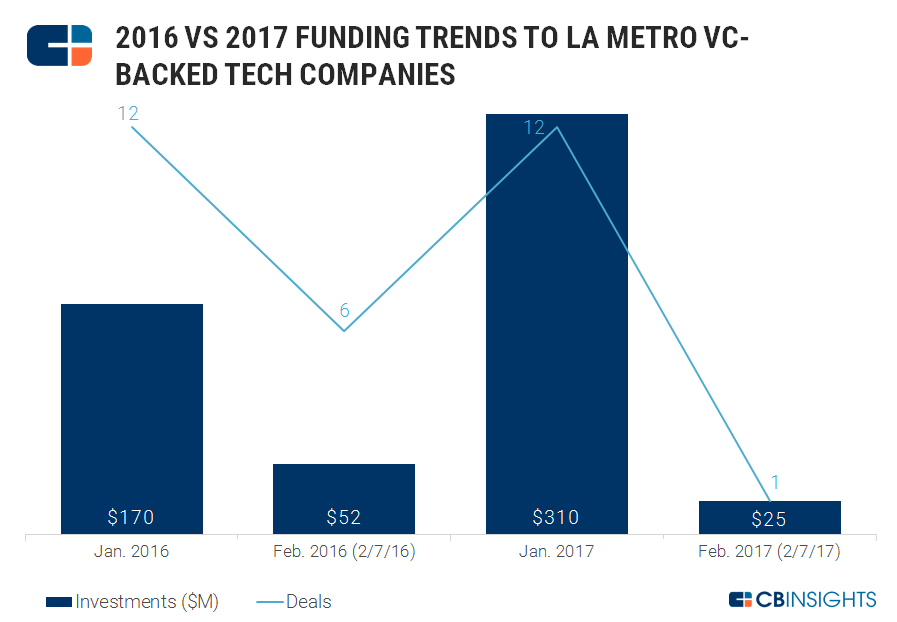 Overall, investment into VC-backed tech companies in the LA metro area has been heavily concentrated in early-stage rounds (seed & Series A), with these deals accounting more than half of deal share every year since 2012. However, investors have slowly been shifting funds away from such early rounds and into more mature startups.

Two recent mid-stage deals include the $30M Series B of Hollar, which bills itself as an online dollar store, in November and a $50M Series C to Survios, a virtual reality game creator, in December. 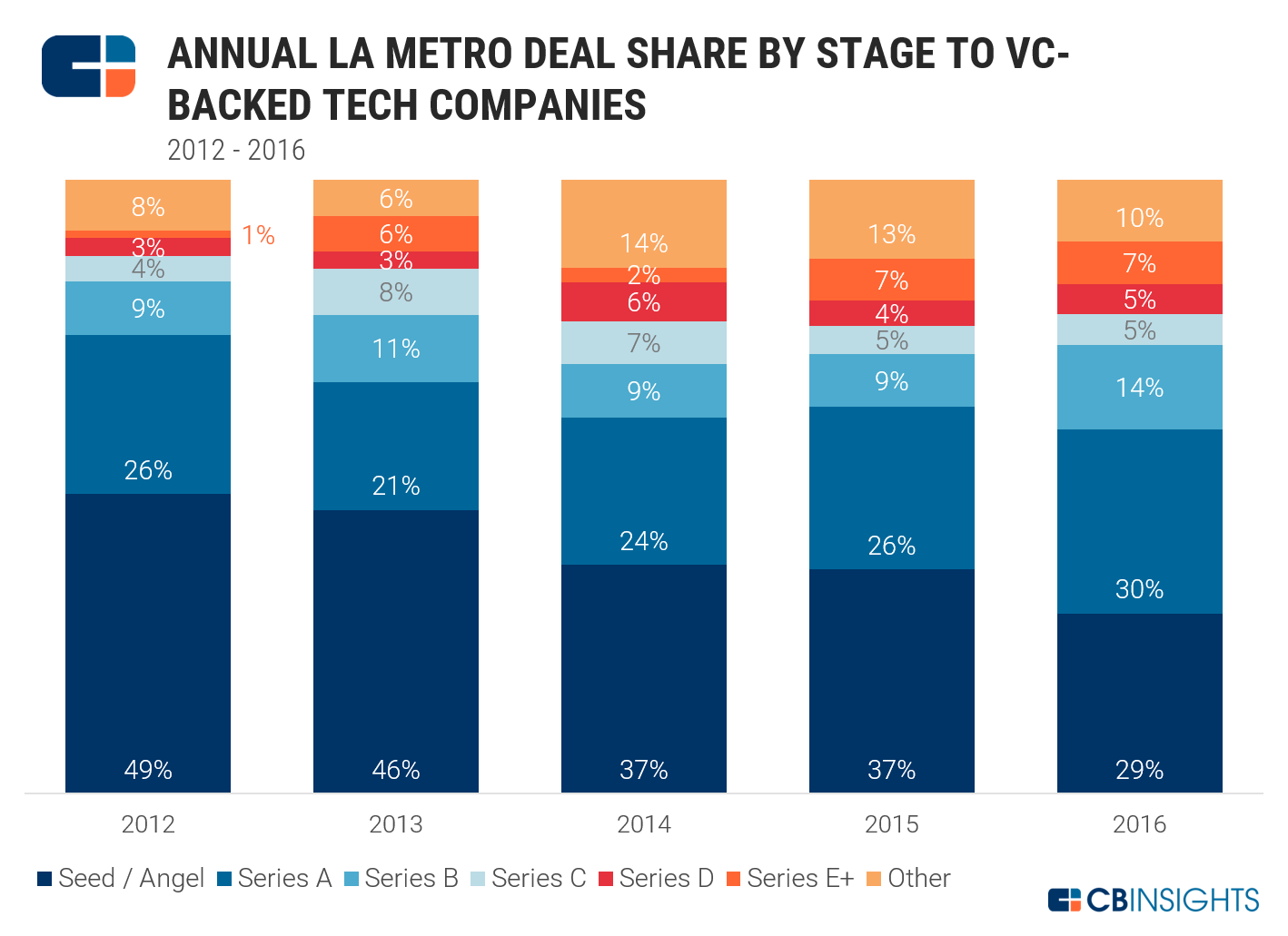 From 2012-2016, Santa Monica-based Upfront Ventures has been the most active investor in VC-backed tech companies in the LA metro area. In a distant second is New York-based Greycroft Partners, followed by Wavemaker Partners and 500 Startups. 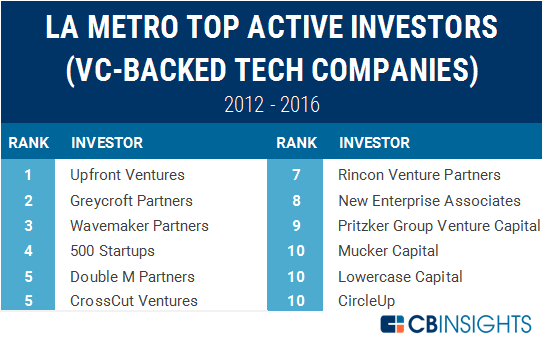 Want more data on tech startups? Log in to CB Insights or sign up for free below.