Over the past few years, as startups have stayed in the private markets for longer, raising down rounds and in some cases, seeing down exits, one of the lessons learned has been the appeal of liquidation preferences.

When we look at the trends among US tech startups with disclosed deal terms using CB Insights enhanced valuation data, we can see that more than a quarter of financings pre-2015 had senior liquidation preferences in their terms. Senior liquidation preferences refer to investors getting priority in having money returned to them before another series of preferred stock. This is different from the more common pari passu deal, where shares within the same class are treated equally.

In 2015, there was a significant decline in senior preferences, dropping below 20%. But in 2016 the figure bounced back up to 32%. It’s possible that with companies raising down rounds recently, more investors are making sure to add provisions to ensure they’re made whole. 2017 has seen a few of these deals as well, including SoundHound (Series D), Ring (Series D), and Mojo Networks (Series E). 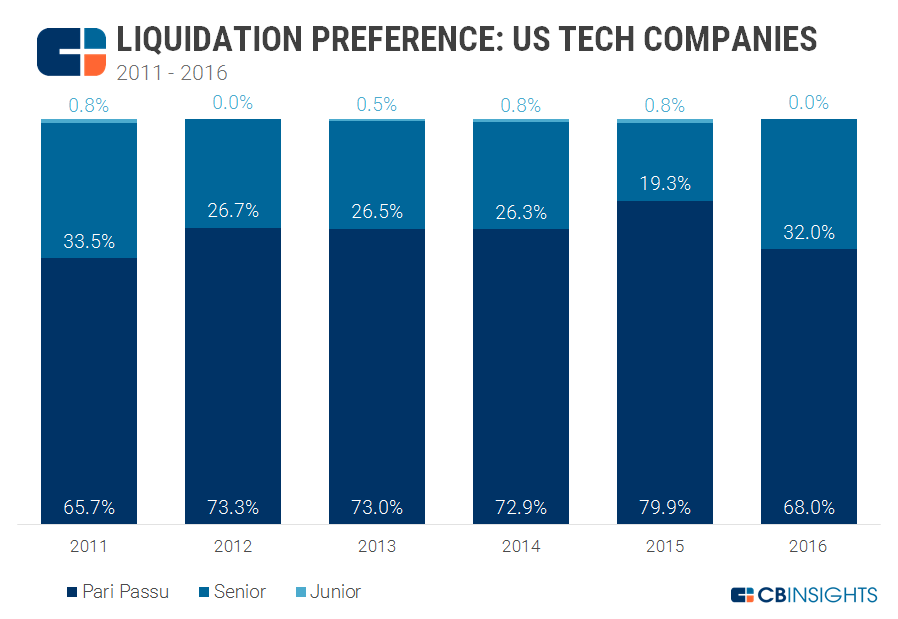 The senior preference seems to take precedent over the need for liquidation multiples. 0-1x return on capital has remained the dominant standard, but 2013 and 2014 saw an uptick in 1-2x deals. A handful of deals saw more onerous 2x and up terms, including Centric Software, PeerApp, and Zoove. In general the need for these increased liquidation multiples has trended downward in recent years. A liquidation multiple is how much an investor needs to be returned before anyone else is paid out (e.g. 1X multiple means an investor needs to receive at least 1X the money they invested before returns are distributed). 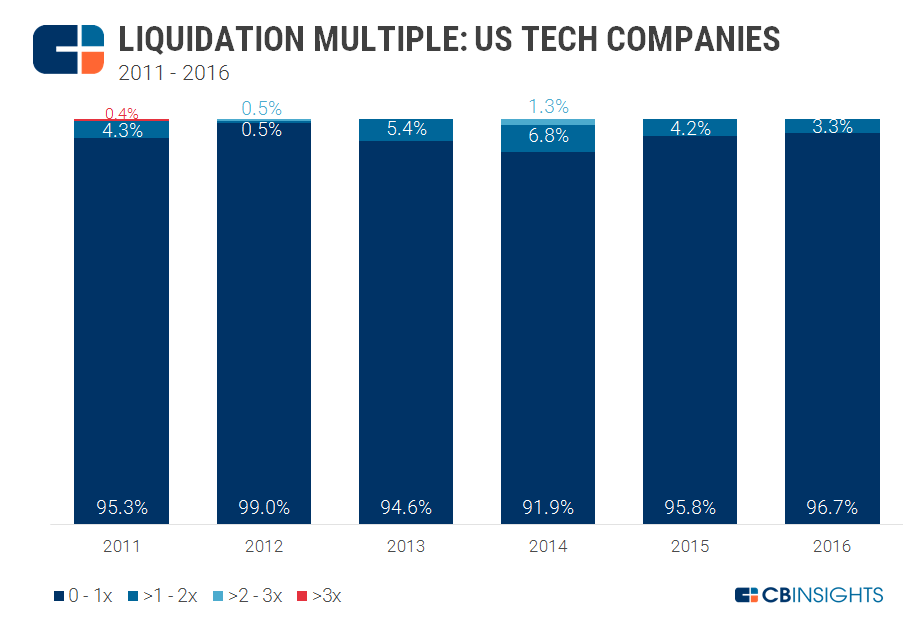 Want to see more valuation data and terms? Check out our private market database or sign up below.