Lending Club and OnDeck Capital both went public at the end of 2014, as two of the original “next-generation” lending companies, and this marked a pivotal point for the fast-changing lending industry. In fact, in 2014 investment activity to lending startups exploded, with over $1.5B raised in equity financings across 48 deals, the highest annual totals for the industry. And that pace does not look like it is slowing down as Q1’15 saw $389M raised across 18 deals, including $200M to Unicorn Social Finance (see every unicorn on our real-time Unicorn Tracker). 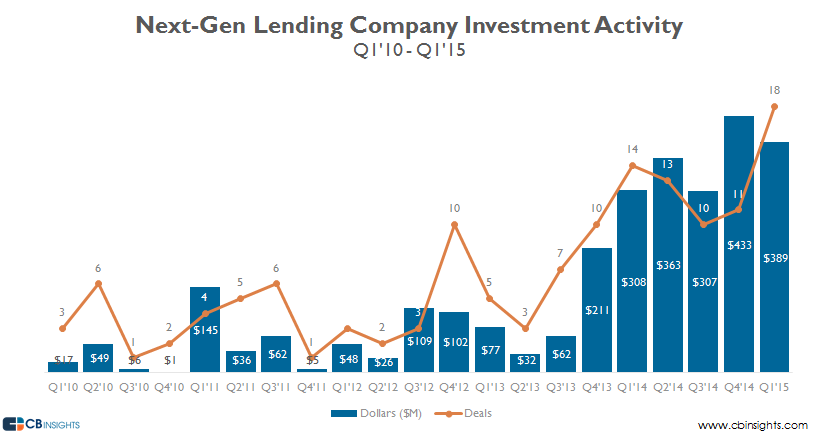 Not only was 2014 the biggest year for funding to next-gen lending companies, but also for new entrants, as 24 new lending startups raised their first round of equity financing. Sixteen (67%) of those companies were international, including six based in China, a country which has seen its P2P loan market boom from $30M in 2009 to $930M in 2012, and is expected to top $7B in 2015. On the funding side, despite multiple bankruptcies, Chinese lending companies have raised over $300M in equity financing since 2013, including eLoancn and Renrendai which each raised $100M+ financings in 2014.

The chart below shows the number of next-gen lending companies to raise their first equity financing per year. Notably, three of the four lending companies which have achieved a $1B+ valuation received their first funding rounds before 2008, with only Social Finance, which raised $200M at a $1.3B valuation in February, coming after the financial crisis. 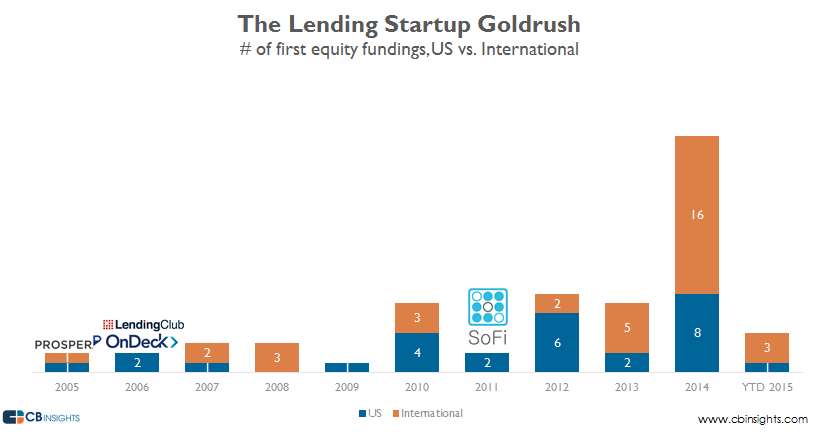 Want more data around lending startups and to track Fin Tech more generally? Login to CB Insights or sign up for free below.