Deal activity spiked in Q4'16 to 27 deals, the most ever for a quarter.

Startups attacking the legal industry received a record number of deals in 2016, with $155M invested across 67 deals.

We dug into the data using the CB Insights platform and examined investment to the legal tech category on a yearly and quarterly basis, as well as examined which regions around the world are seeing the most investment.

We define the legal tech category as companies offering tech-enabled services and products to those in the legal industry. That includes technology catered to individual lawyers, larger corporate law firms, and other key stakeholders in the law industry. Companies attacking the category offer e-discovery and legal research, consumer and business-facing online legal services, legal practice management software, and intellectual property invention disclosure software, among many other use cases. See our market map of the space here.

Also of note was a $22M private equity round to File & ServeXpress (also of Texas), financed by Strait Lane Capital Partners. Wusong Technology, an online legal services platform headquartered in Beijing, raised both a $4M Series A and $17M Series B round in 2016. 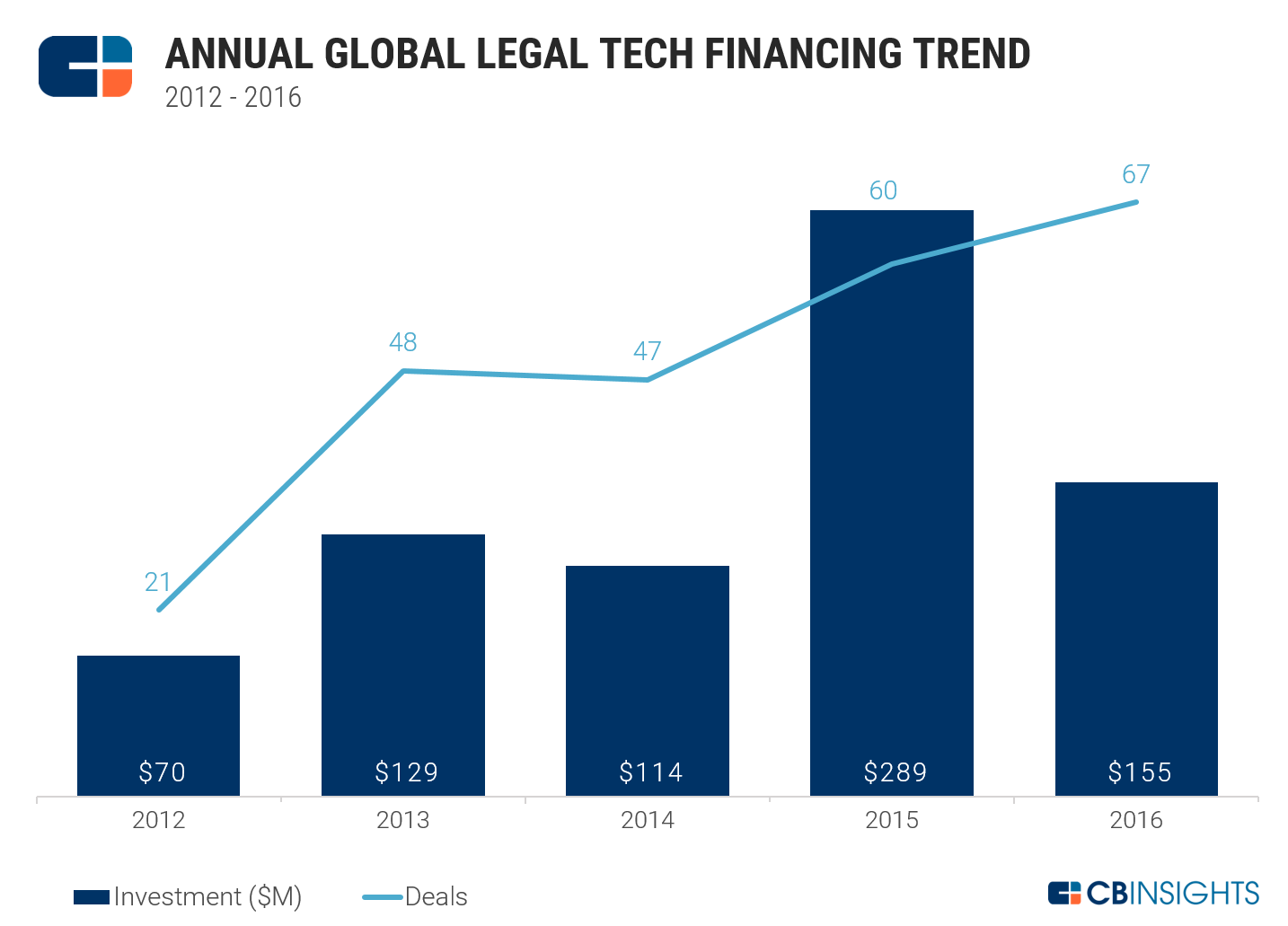 On a quarterly basis, deal activity increased significantly through H2’16, with a combined $106M invested across 46 deals. Deal activity spiked in Q4’16 to 27 deals, the most ever for a quarter.

Notable deals in the fourth quarter included the above-mentioned private equity and Series B rounds to File & ServeXpress and Wusong Technology, respectively, as well as the $3.48M second tranche of Series A financing to Casetext, and the $1.75M financing to eBrevia. 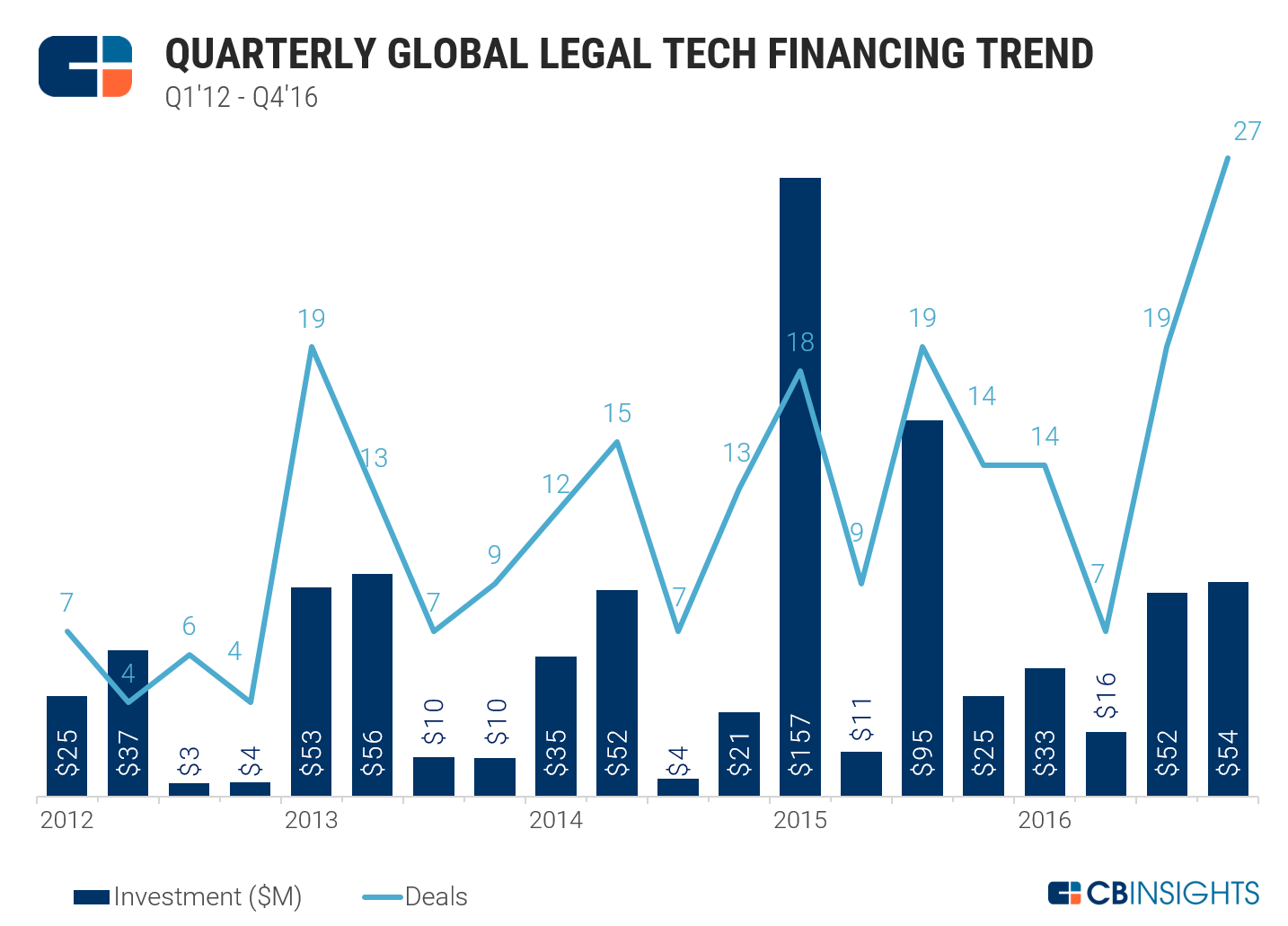 In terms of deal share by stage, the second half of 2016 represented a diversification of the deals completed.

While seed/angel and Series A deals accounted for over 80% of deal share in Q4’15 and Q1’16, Q3’16 and Q4’16 saw deals become a bit more spread out across stages. Although early-stage deals still accounted for the majority of deal share, the increase in total deals likely helped diversify the deal stages represented. In Q3’16, 10% of deals occurred at the Series B or C stages, and in Q4, 11% of deals were Series E+ . 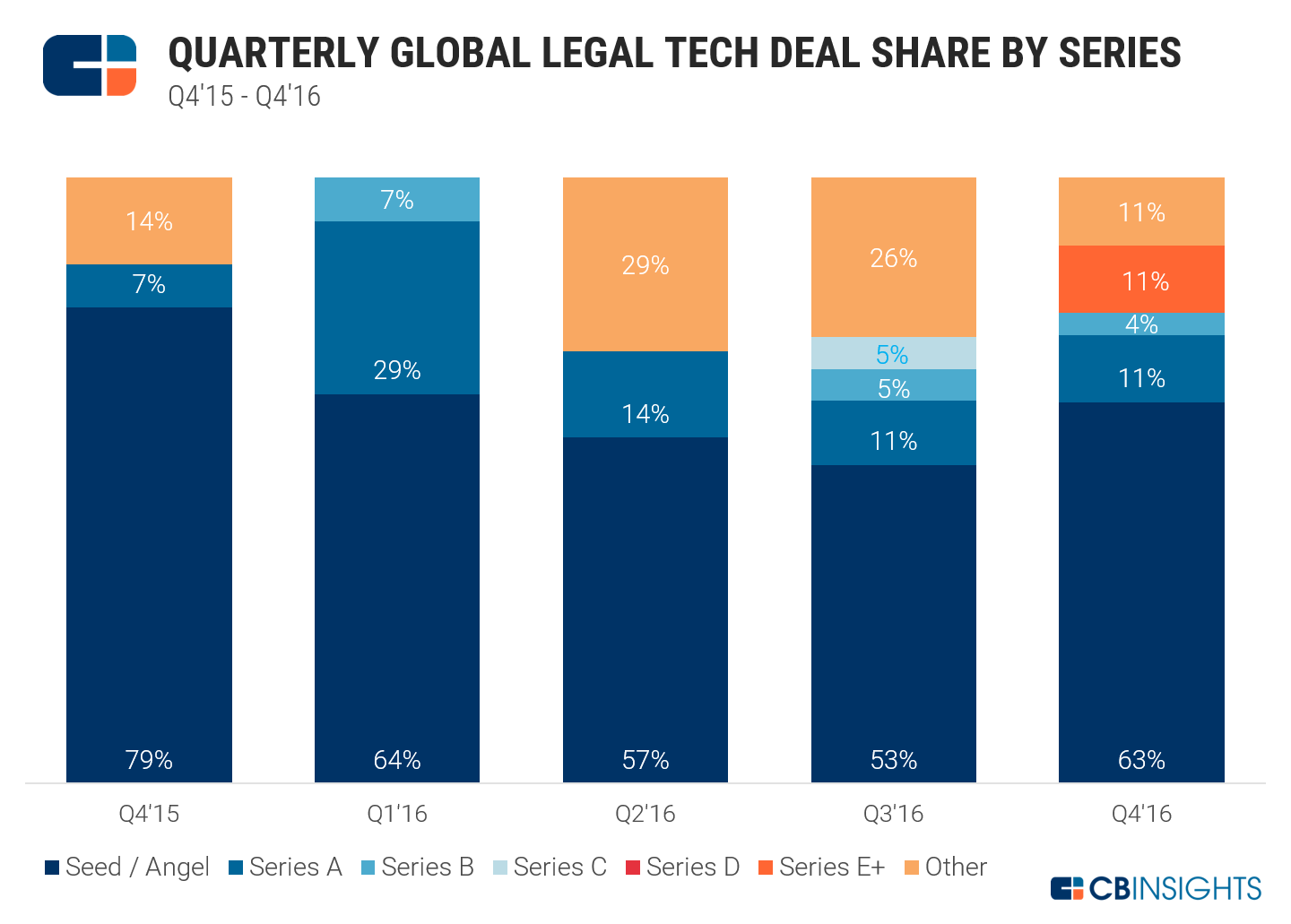 Analyzing deal activity by continent, there are several conclusions that run in parallel to the deal stage analysis, with deals becoming more diffuse across both stage and geography as investments overall went up. As deals spiked through H2’16, investment activity spread across other geographies besides North America.

Between Q3’16 and Q4’16 North American deal count was stable, however Europe and Asia both increased their deal count in absolute terms. In Q4, Asia and Europe accounted for 45% of deal share, while North America saw its share slip below 50%. 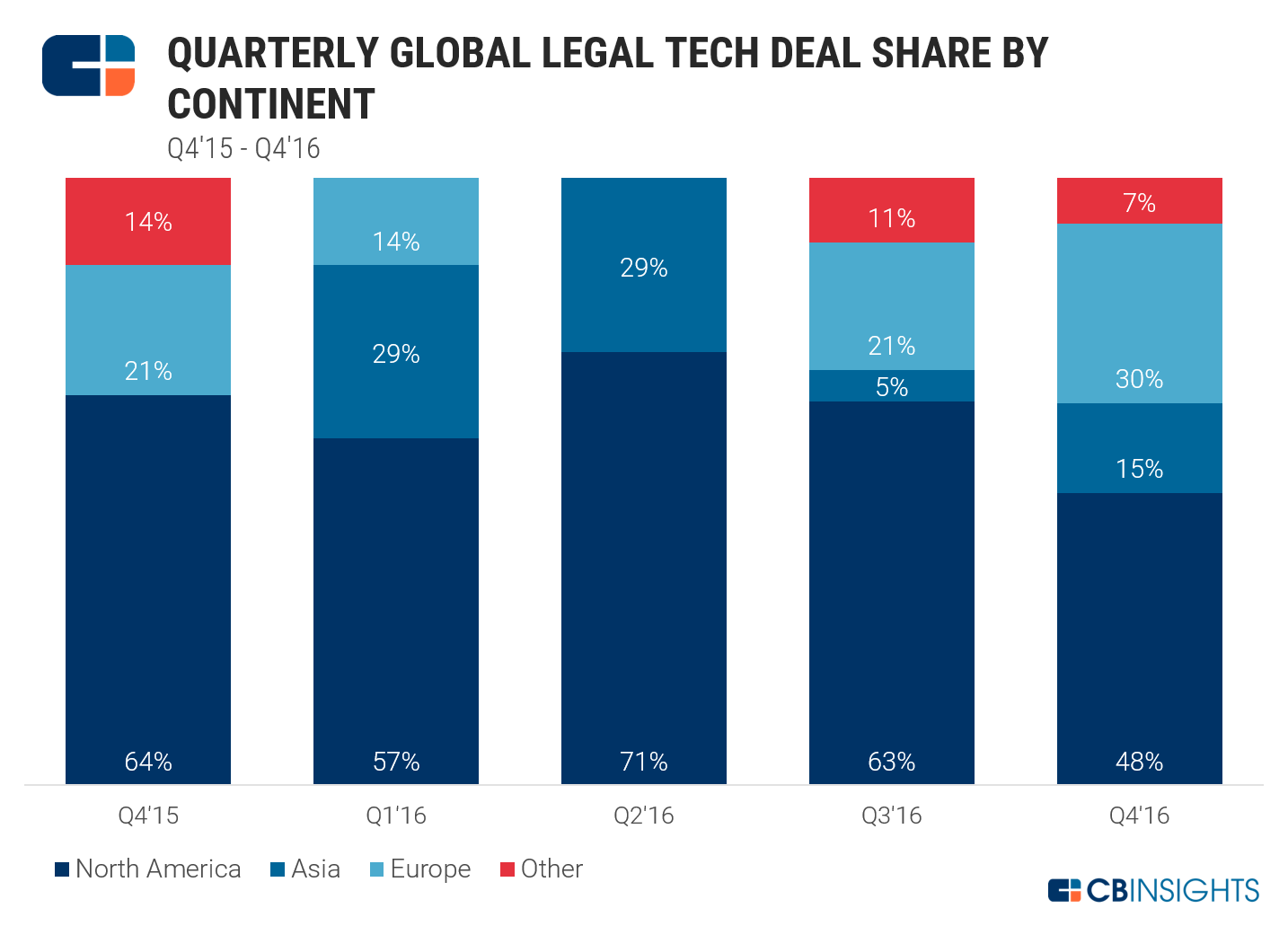 Want more data about legal tech startups? Log in to CB Insights or sign up for free below.