While financing activity to startups targeting financial services has spiked over the past five years, startups in the area of legal services have seen no such boom. Since 2011, global legal tech companies have raised just $739M in aggregate funding through 2016 year-to-date (despite the ostensible opportunities in the multi-billion dollar legal industry).

We used CB Insights data and analytics to dig into the data surrounding legal tech investment trends, including deals and dollar breakdowns, deals by US state, and most well-funded companies.

We defined legal tech as all tech-enabled companies offering services and products to those in the legal industry. That includes technology catered to individual lawyers, larger corporate law firms, and other key stakeholders in the law industry.

But that doesn’t tell the complete story as 2015 funding was largely buoyed by the $125M growth equity round to Iconiq Capital-backed kCura and a $71.5M Series E round to Technology Crossover Ventures-backed Avvo.

Deal activity has grown over the last four years with each year notching at least 44+ deals. At the current run-rate, 2016 is on track to hit roughly 50 deals to legal tech startups. 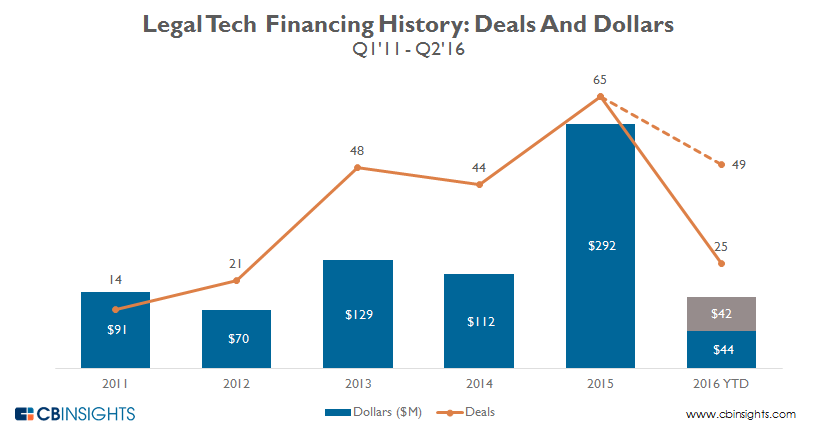 Q2’16 deal activity is down 44% over the previous quarter while funding levels dropped 43% on a quarterly basis. Despite a disappointing quarter, there were some notable deals in Q2’16 including Notarize, which raised an $8.5M Series A, and Page Vault which raised a $1.75M seed financing, among several other deals. 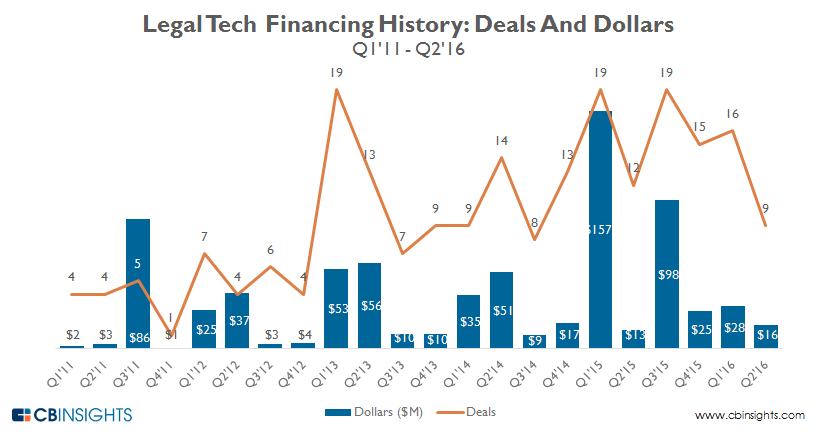 Deals by top US state

Its no surprise that California-based startups have seen the most legal tech deal activity. 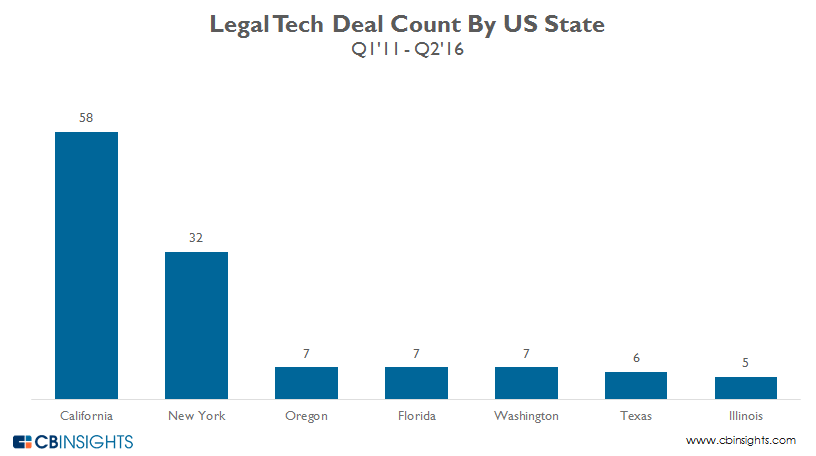 Despite being a nascent industry, there are already 2 legal tech startups that have raised more than $100M in total disclosed funding including Avvo and kCura.

The list below ranges from e-discovery companies like Renew Data Corporation to legal services provider Axiom, among various others.