Among the top VC-backed tech IPO outcomes, nearly 75% of companies raised $10M or less in their Series A.

In a recent fireside chat, Chamath Palihapitiya of The Social+Capital Partnership countered the idea that startups required an excess of capital to succeed, explaining:

“…This idea that you need all this money is a false trade off … Fitbit … is an amazing example of what a company can do on what people thought was probably, ‘Oh my god, they must have raised billions of dollars’ and it turns out that they didn’t, they were just really good at what they did.”

In this analysis, we analyzed the 100 largest VC-backed tech IPO exits since 2010 and mapped their deal size trends at the Series A stage. According to the data, we found that:

The chart below shows the distribution of top U.S.-based VC-backed tech IPO exits since 2010 by valuation on the day of exit. Facebook, Groupon, Twitter and Zynga top the list at $7.7B or higher each with a power law-like fall off afterward. In total, the group of 100 top tech IPOs combined to make up $256.8B in aggregate value at the time of exit — with the top four exits comprising 56% of the value. 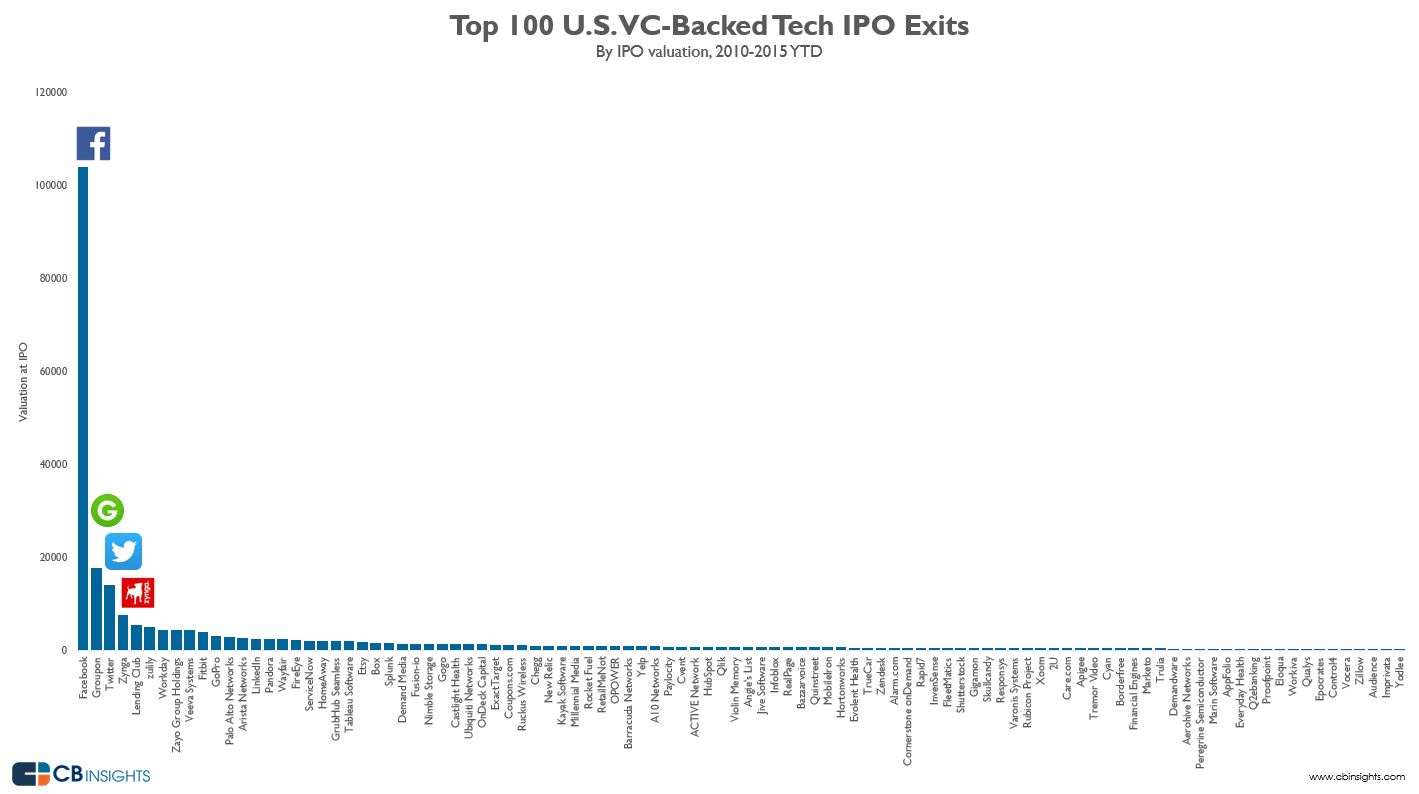 Of the companies listed above that took or disclosed a Series A investment, nearly three-fourths raised a Series A <  $10M. So a $10M+ Series A is hardly a requirement for a top tech IPO exit.

However, a closer look appears to indicate that startups raising $10M+ Series As are overrepresented — at 32% of top IPO exits — relative to their share of total Series A transactions in the ecosystem overall. This share was 17% of total Series A financings in 2014, after rising consistently since 2011. So a larger Series A does seem to improve the likelihood that an individual startup will reach a top IPO exit.

It’s important to mention that this dataset includes just a small sample of 100 from the broader range of big VC-backed tech exits (all M&A exits including the likes of WhatsApp, Instagram, Nicira and many others are left out). 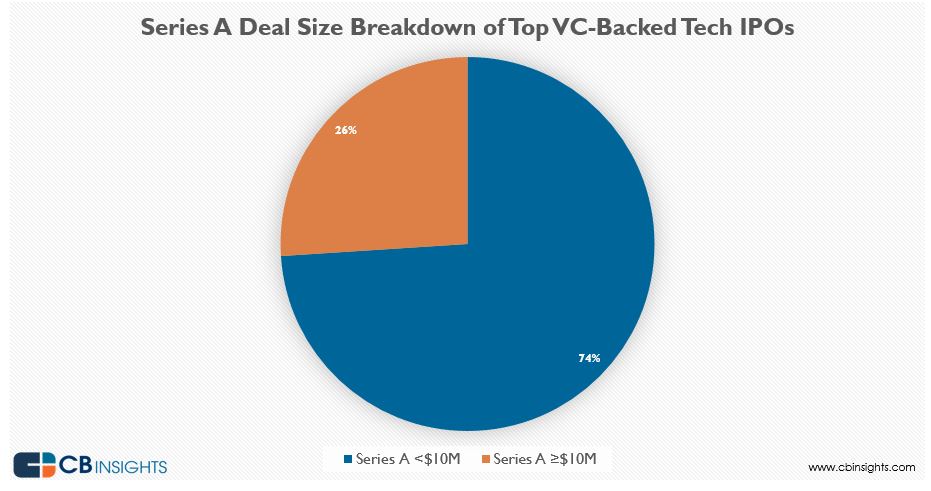