Research Brief
1608
With rumors of a potential acquisition by Kleiner Perkins of fellow VC firm, the Social Capital Partnership, we dove into the data to see if they have been actively co-investing with each other.

One of the more interesting venture capital acquisition rumors in 2015 didn’t concern M&A around startups but around venture capital firms. While we see firms combine a bit more with private equity, it’s not all that common in venture capital so when Dan Primack reported that long-time Sand Hill Road VC stalwart Kleiner Perkins Caufield & Byers tried to acquire the four-year old Social+Capital Partnership (S23P), which last raised $275M in 2013, it clearly wasn’t something you see everyday.

We wondered if there was already a strong pattern of investment syndication between the two firms which gave rise to the acquisition overtures.

What we found is that there is actually very little overlap.

The Business Social Graph below visualizes the map of investments by the two firms since the start of 2010. Just over 1% of Kleiner’s unique company investments over the period also include S23P.

Co-investments include hot mobile properties Remind and Slack, the enterprise collaboration app which last raised funding at a $1.12B valuation in October 2014. They also include Airtime, the failed web video chat project of Napster co-founders Sean Parker and Shawn Fanning. Both S23P and Kleiner Perkins are also both invested in Codecademy, the NY-based coding instruction website.

While the acquisition talks are now dead, it will be interesting to see if the syndicate ties between the two firms change on a going forward basis as the result of these prior discussions? 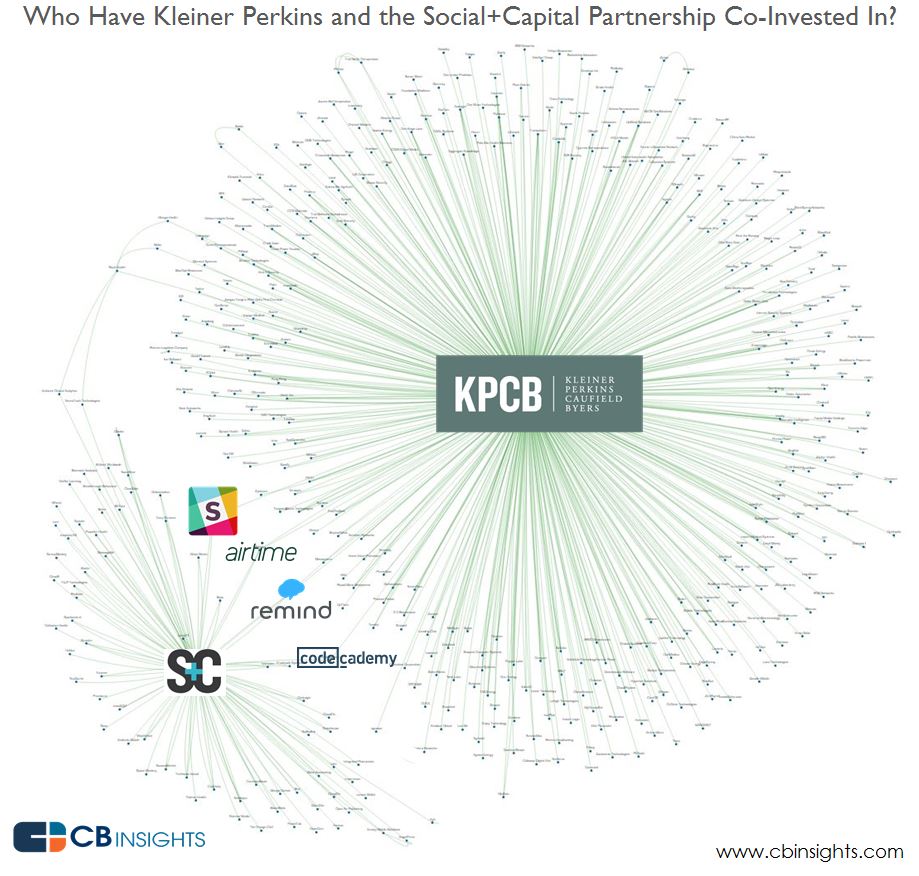 Create Business Social Graph visualizations of your own and get more venture capital financing and exit data by logging into the CB Insights venture capital database. Sign up free below.