Research Brief
1994
Early-stage deal activity topped 450 deals for only the second time in over two years.

June was a bounce-back month for early-stage activity, as deals topped 450 for just the second time in two years, and funding topped $1.2B, the second-highest monthly total of the past three years.

The report below details early stage — Angel and Series A — technology financings, and ranks some of the hottest early-stage tech companies funded in June 2015 based on momentum data from social media, news, and web traffic.

Early-stage tech deal activity rebounded after two straight months of decline, as startups raised $1.23B across 453 early-stage deals in June, just the second time in over two years that deals have topped 450. 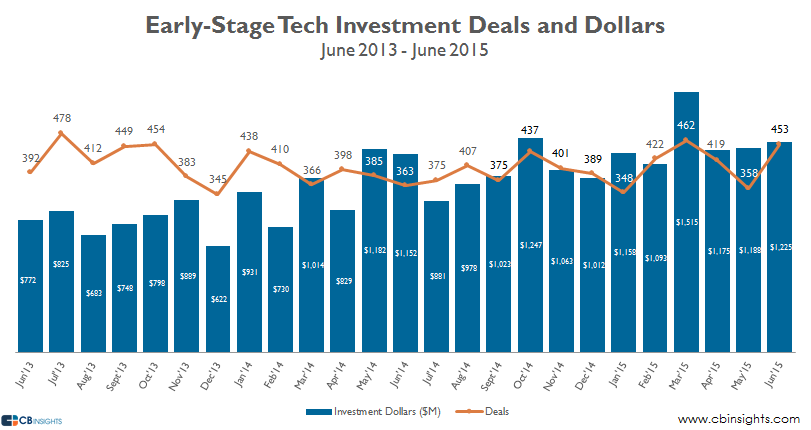 The median round size across all early-stage tech deals fell to $1.6M in June, but it was the the third straight month of median deal size above $1.5M. 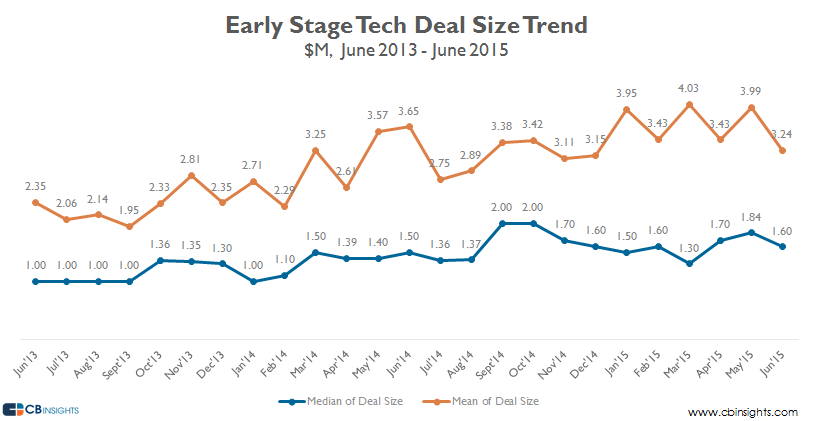 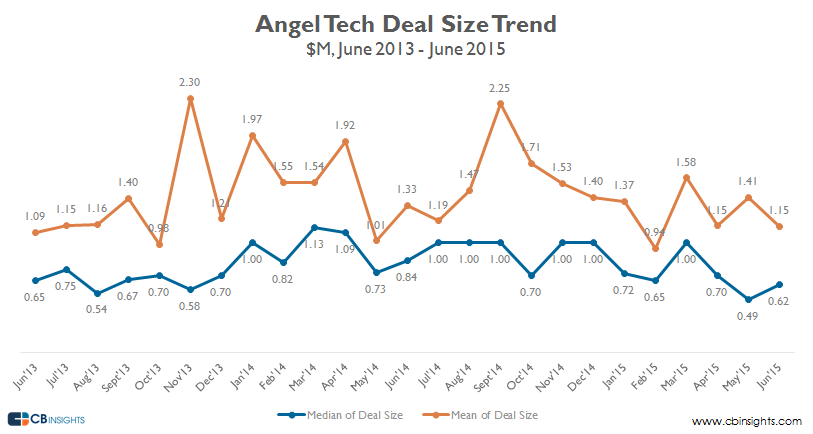 Both median and average tech seed deal sizes plunged to $130k and $620k respectively, due to a large number of accelerator financings. 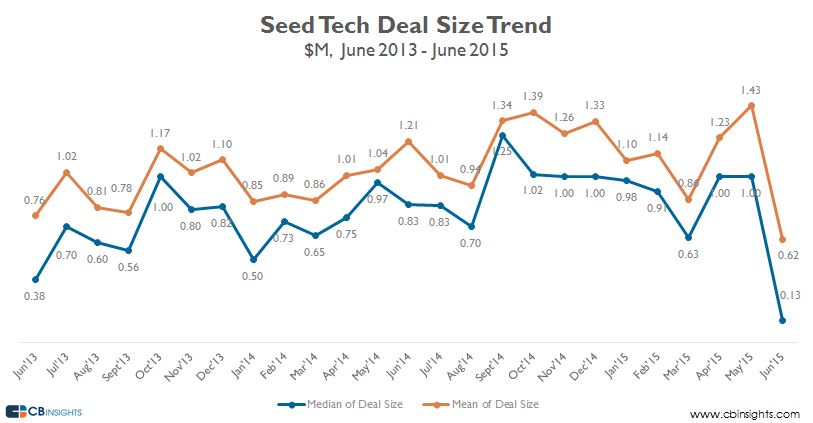 Removing all accelerator/incubator rounds, June came in at $1.12M, the eleventh straight month of $1M+ for median seed deal size when these rounds are excluded. 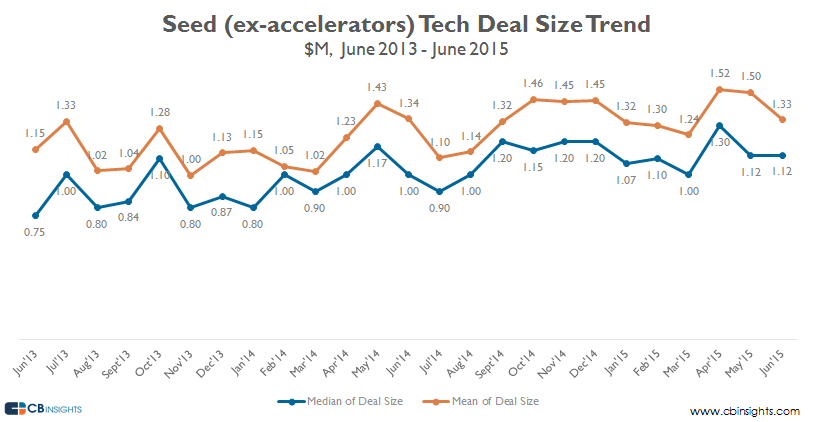 SERIES A DEALS TICK UP IN JUNE

The median Series A deal size ticked up slightly to $5.5M in June, marking the tenth straight month at $5M+, further cementing $5M as the new normal for Series A. 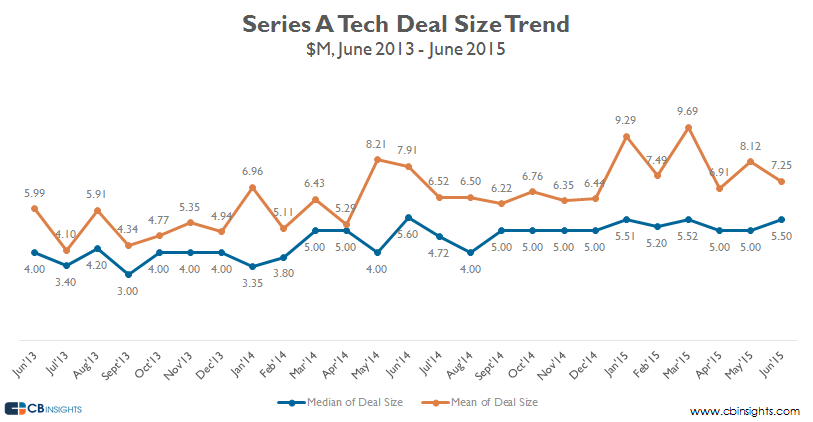 Internet startups made up 60% of all early-stage tech investments in June. This was the sixth straight month that Internet deal share has reached 60%. Mobile deal share grew to 31%, its highest monthly share since November 2013.

In dollar terms, internet startups captured 60% of all funding in June 2015, their lowest funding share in 2015, but the sixth-straight month at 60%+. Mobile funding share reached 30% for just the second time since November 2013 behind large deals to Trucker Path, Swiggy, Envoy, and other startups.

500 STARTUPS IS MOST ACTIVE VC IN JUNE

500 Startups was the most active early-stage tech VC in June, with investments in Bento, Juxta Labs, and Unikrn, among others. Accel Partners and New Enterprise Associates rounded out the top 3.

We tracked overall news mentions as well as web traffic metrics (pageviews, reach, rank) and Twitter mention growth for early-stage tech companies that received financing in June 2015. Below are the rankings for each metric, showing only the 4th to 20th-place rankings. The full top 20 are only available to CB Insights customers on the Research tab.

Want more data on early-stage companies? Login to CB Insights or sign up for free below.