At least 3 other consumer electronic companies have failed in 2017, including Electric Objects just this week.

Following downrounds in Q1’16 and Q2’15, and flat rounds in the two years prior, news broke yesterday that consumer electronics maker Jawbone entered liquidation proceedings. The unicorn startup — which was valued as high as $3.22B in 2014 — had raised $929.9M in total funding over its 15+ years in existence.

After Jawbone’s last two funding rounds (a $165M Series F in Q1’16 and a $300M debt injection in Q2’15) the company was valued around $1.2B. Despite maintaining a unicorn valuation, Jawbone’s slow fade had been evident publicly since at least last fall, when its entire product line became unavailable for purchase amid reports of layoffs and downsizing.

Yet a closer look at Jawbone’s tumultuous valuation history suggests the company was clearly wounded far before then. CB Insights enhanced valuation data on Jawbone’s 12 capital raises since 2007 (totaling over $778M) shows that nearly a third of the company’s total institutional capital was raised on investor-friendly terms.

After raising two flat rounds of VC funding at a 0-1x liquidation multiple in Q3’13 and Q3’14 respectively, Jawbone secured a $300M loan from from BlackRock and Rizvi Traverse Management in Q2’15 offering them at least a 2x multiple and a senior liquidation preference.

That debt lifeline knocked Jawbone’s valuation below $2B, but when the company sought its next capital raise less than a year later, it again raised at a down valuation. 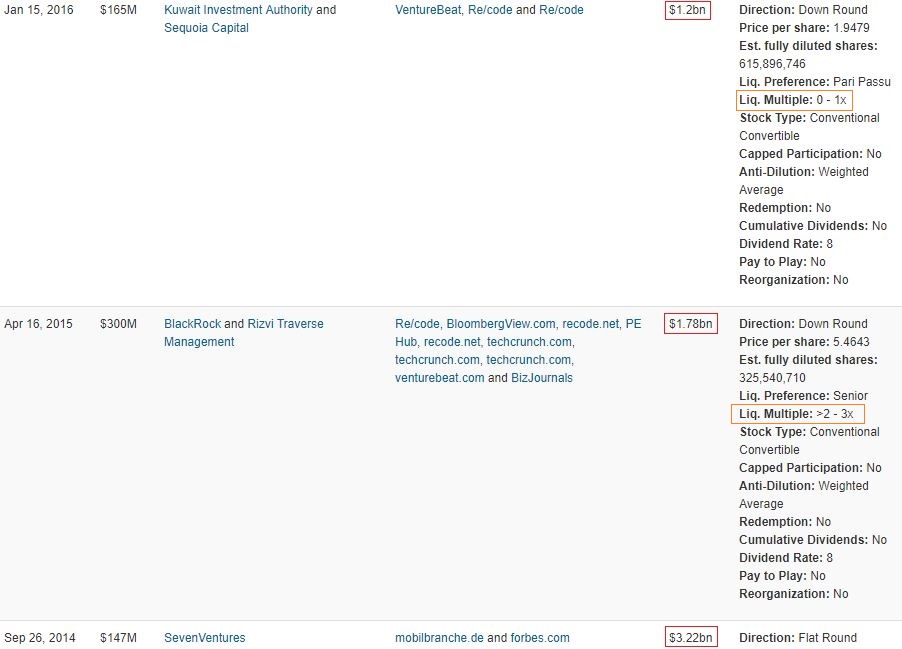 Jawbone’s demise comes the same week that consumer hardware startup Electric Objects, which focused on digital art displays, also shut down operations. 2017 has also seen the closures of consumer electronics companies Hello, maker of the Sense smart sleep sensor, in Q2 and Lily Robotics, a drone camera company, in Q1; the startups had raised $52.9M and $15M respectively, and both at the Series A stage. 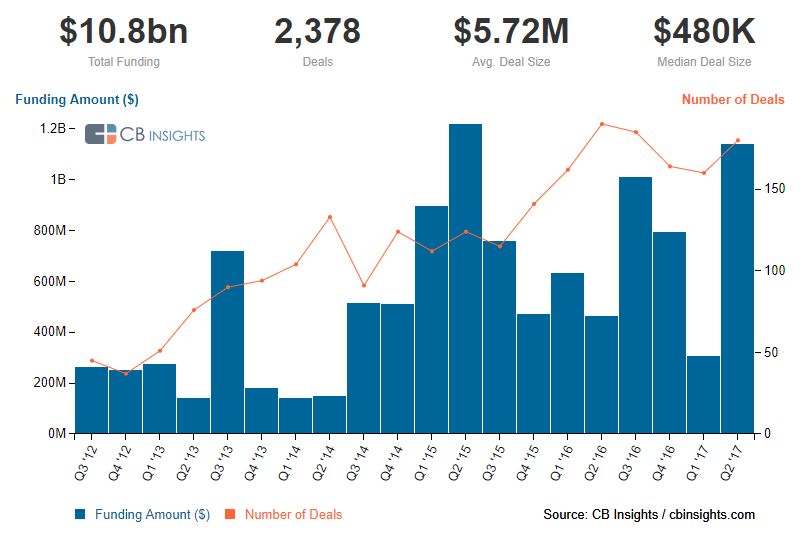 Jawbone first received its unicorn status and $1B+ valuation in 2011, the year it launched its flagship Jawbone UP fitness tracker, but the company struggled to gain market share for the product amid competition from the FitBit and Apple Watch, among other device makers. In fact, Jawbone’s liquidation comes at the same time FitBit is executing on a “restructuring plan” for 2017 in response to its own business challenges; FitBit’s revenue was down 41% year-over-year in Q1’17, and the company has seen its stock slide from a $20 per share IPO price in June 2015 to just $5.22 as of COB Thursday.

Jawbone had engaged in business lines beyond wearables – selling both headsets and wireless speakers at various points in its company lifecycle. After putting its speaker business up for sale last year, TechCrunch reported in February that Jawbone was poised for another pivot, to enterprise clinical software products, in 2017. Reports on the liquidation also say Jawbone’s co-founder and CEO Hosain Rahman has founded a new company, Jawbone Health Hub, that will make “health-related hardware and software services,” and has absorbed some of Jawbone’s workforce. Axios reports that BlackRock, which funded Jawbone’s $300M debt injection in April 2015, is an investor in the new entity.

Want more insights on consumer electronics startups? Log in to CB Insights or sign up for free below.