Looking at media attention and investment in the VR space.

Media attention for VR was eclipsed by AI recently, which had us wondering if VR was going to be the next big platform or the equivalent of 3D television. 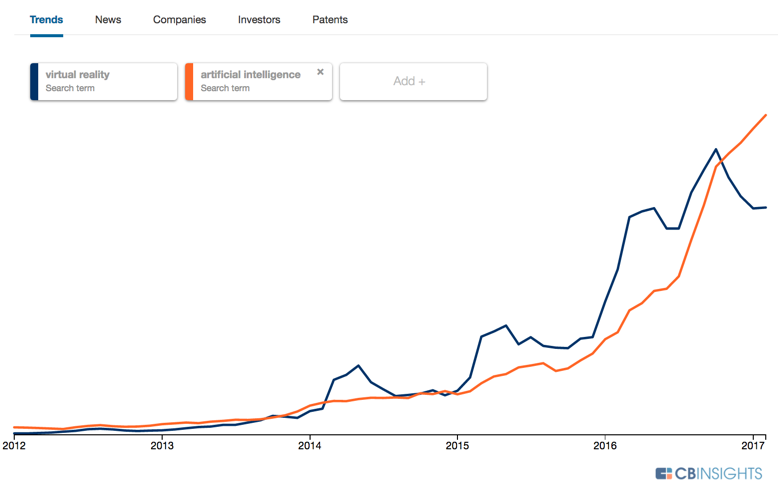 And then Sony came out and said it was surprised by the success of the Playstation VR which outdid expectations. VR was also a key topic during GDC, the largest gaming conference.