From wrist-worn smartwatches to factory machinery, the broad Internet of Things category is taking physical products and transforming them into digital ones. The IoT can be thought of as “the final chapter of ‘software eats the world,’ where everything gets connected.” In spite of the possibilities, though, the industry has seen some setbacks as of late.

On the public side, the premier IoT exit Fitbit, which saw a valuation of $4.1B at IPO, has suffered value erosion and was trading at a market cap of $1.96B on 11/3/16 after a rocky quarterly earnings call. More broadly, the once-hot category of consumer wearables has seen activity stagnate since 2015.

Funding and deals to IoT startups have seen consistent year-over-year growth since 2012. Interestingly, at current run-rates, 2016 could mark the first time that deal activity will fall. Presently, IoT deals are on track to fall by 5% over last year’s total. In terms of funding, 2016 is set to surpass 2015’s total by 4%. 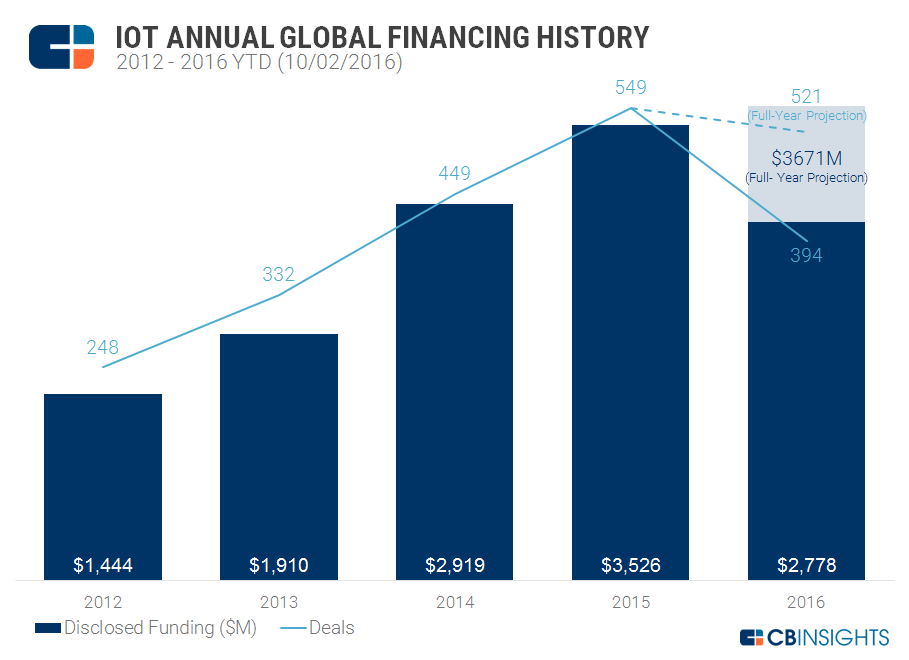 At a quarterly scale, the recent drop off in IoT deals becomes much more apparent. Both in deals and dollars, this past quarter represented IoT’s lowest tallies since early 2014. Quarter-over-quarter, Q3’16 translated to a 34% fall in deals and a 17% fall in funding. 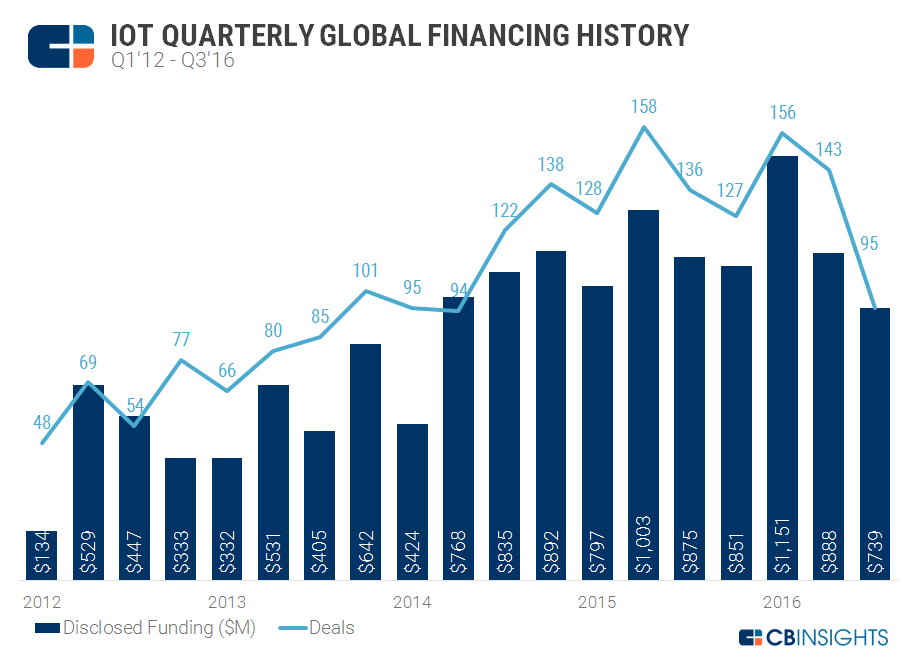 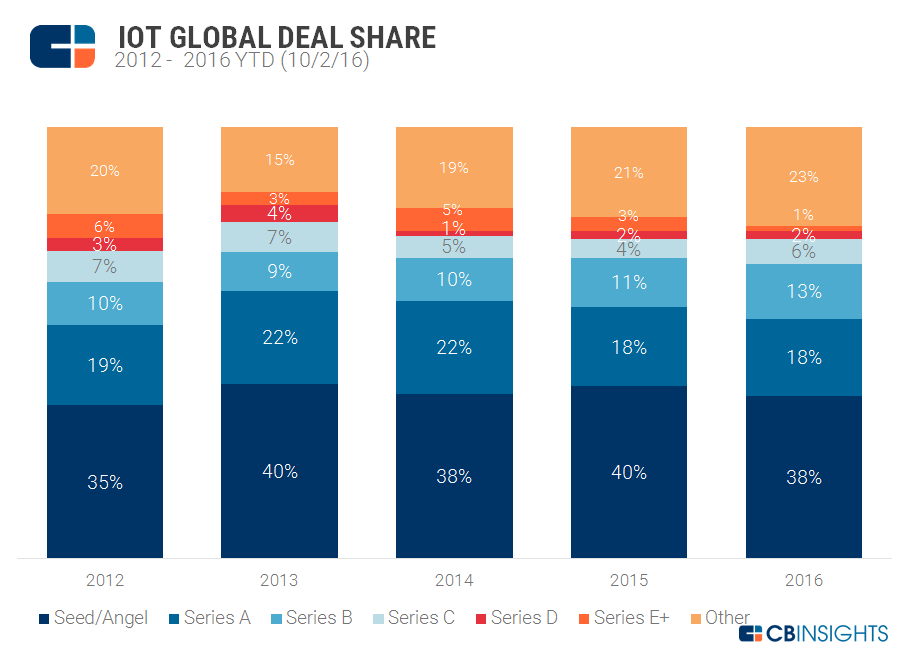 The US saw the bulk of deals, followed by Canada and the UK. Israel and Germany both saw 2% of IoT deals. Interestingly, neither China nor India made the shortlist. 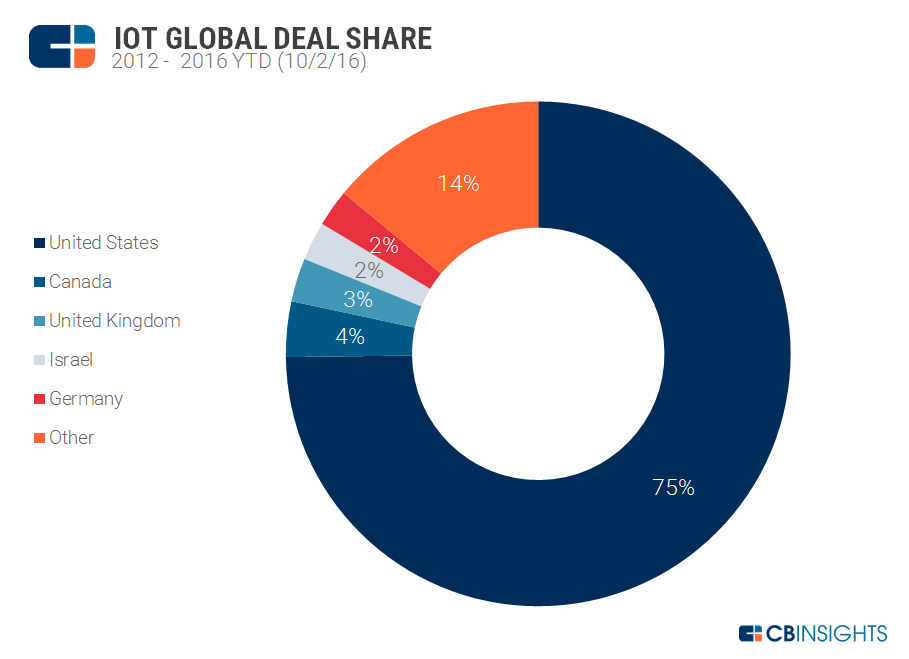