The Internet of Things (IoT) industry is on track to see nearly $3.7B in funding this year as connectivity and software are injected into sensor-laden objects and appliances. An increasing proportion of these dollars are being allocated to startups working specifically on the industrial IoT.

Related categories like 3D printing are also starting to see a resurgence as a host of corporate players like telecoms become involved in the industry.

Which firms are the most active players in the IoT? We used CB Insights data to rank VCs by their unique IoT investments over the past 5 years.

Our earlier 2015 analysis of most active IoT investors is appended at the bottom of this post. Click here to read it.

Interestingly, 5 of the top 12 IoT investors are corporate venture arms. When we performed this analysis at the end of 2015, only 3 of the top investors were CVCs.

Following Andreessen Horowitz, the fourth-most active IoT investor is another CVC, Qualcomm Ventures. As we’ve noted in our prior investor roundups, Intel and Qualcomm are involved in designing and/or manufacturing ever-smaller chips to power mobile devices, and IoT likely offers them strategic value. 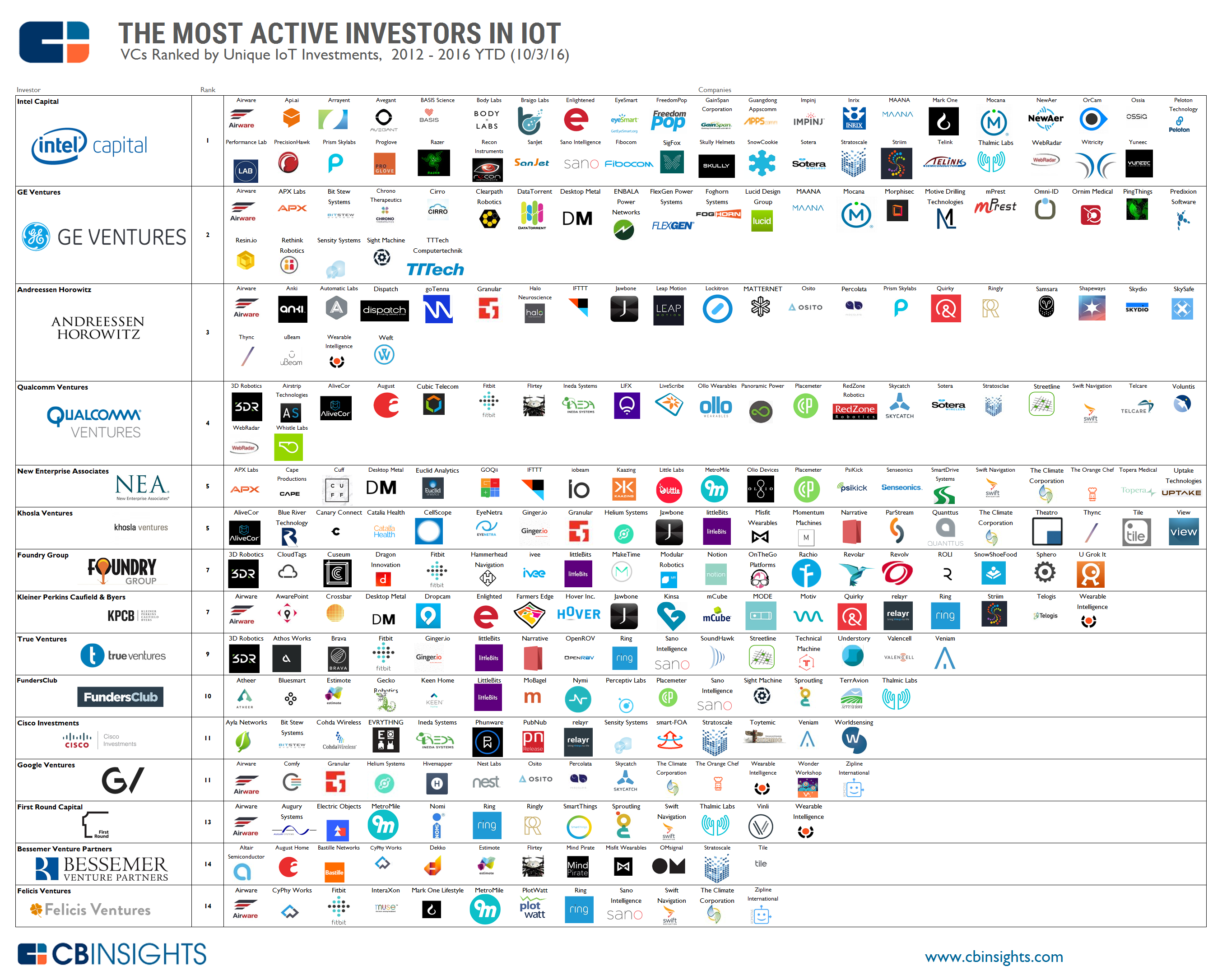 The Most Active Investors In The IoT — 2015 edition

Many corporate investors and smart money VCs have placed significant bets on the Internet of Things industry, which is expected to see nearly $2B in funding through the end of 2015.

Which firms are most active? We used CB Insights data to rank VCs by their unique IoT investments over the past 5 years.

Intel Capital tops the list as the most active investor in IoT startups, followed by Qualcomm Ventures. Both small-chip companies’ venture arms have been active investors in wearables startups and sensor companies. Since Intel and Qualcomm are involved in designing and/or manufacturing ever-smaller chips to power mobile devices, this area likely offers them strategic value. 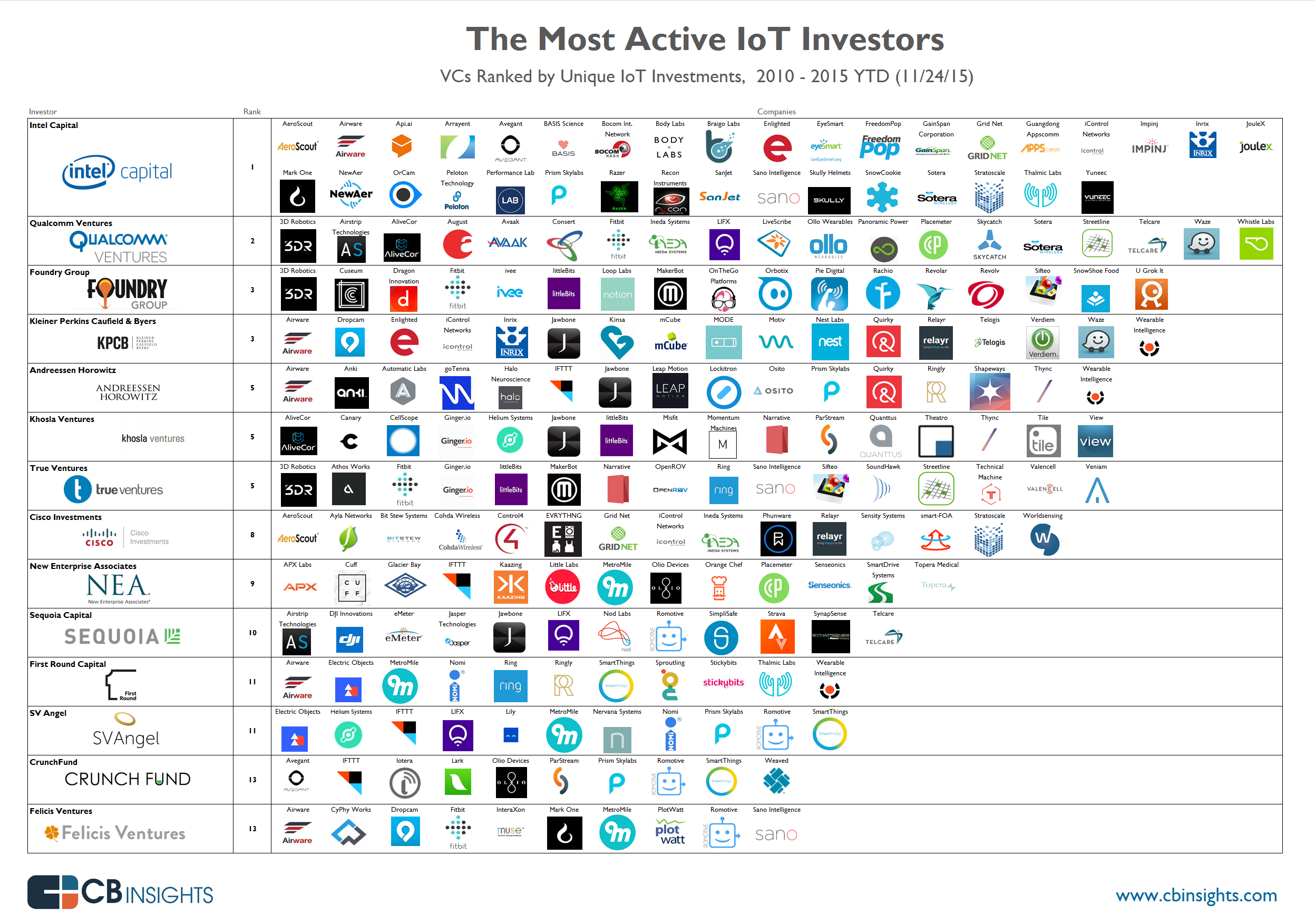 Want more data on IoT companies? Log in to CB Insights or sign up for free below.