Research Brief
3556
At the current run rates, corporate involvement is on track to see deals fall by 22% and funding by 12% this year.

IoT startup funding saw a huge rise in corporate participation over the past four years, especially in 2015 when the number of rounds including corporates leapt by 101%. Given this level of involvement, it’s unsurprising that corporate investors represent 5 of the top 12 most active investors in the space since 2012.

Historically, corporates have played a large role in the IoT investing landscape. In the past we’ve examined how major corporates in telecommunications and oil & gas have invested in IoT subsectors like wearables, drones, and connected cars.

Using CB Insights data, we looked at IoT financing rounds that included corporations and their venture arms. 2016 is seeing the first tightening in funding and deals in years.

Corporate involvement peaked in 2015 at more than $2B of financing across 175 deals. Since then, however, activity has declined somewhat along with deal activity in the overall VC ecosystem. 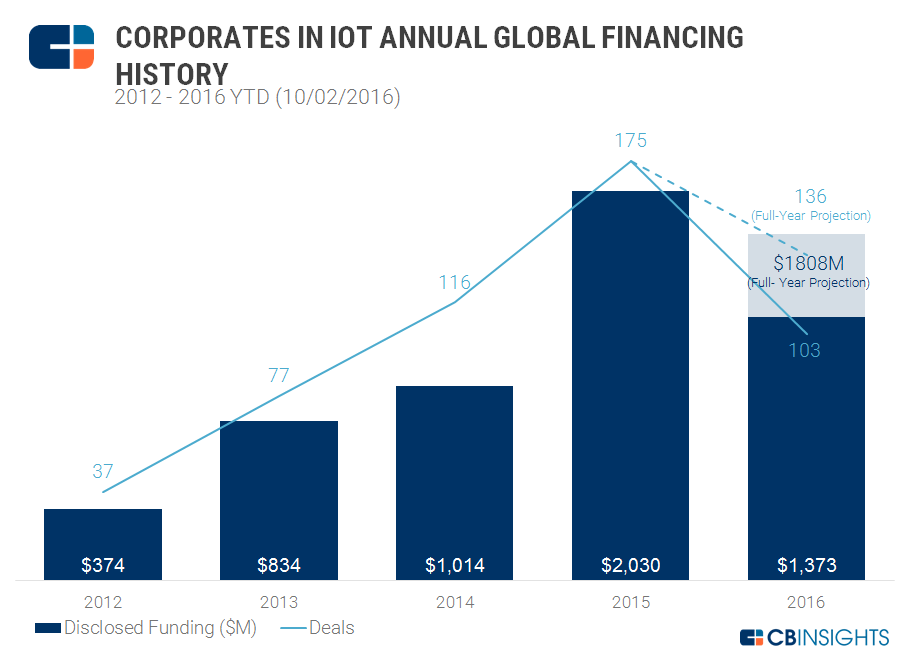 The recent pullback is especially apparent when viewed on a quarterly basis. Deal activity went from 41 in Q2’16 down to 23 in Q3, a 44% drop. Funding fell by 22% quarter-over-quarter. 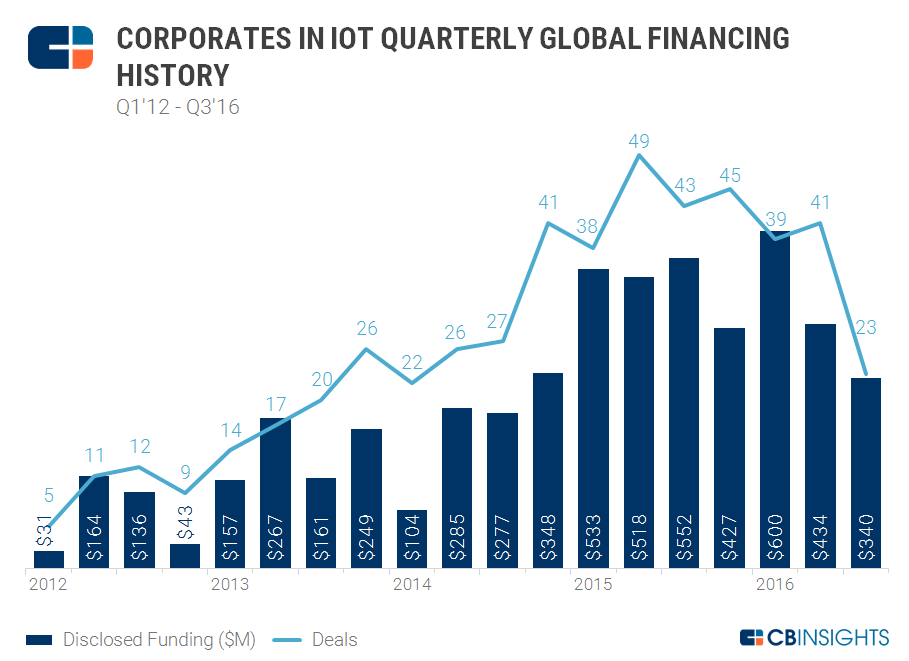