Research Brief
1329
Here are the investors the data says you should draft if picking a fantasy football style team of private company investors.

With the fantasy football season around the corner, millions of Americans are perfecting their draft rankings and debating whether or not to take Calvin Johnson, Jamaal Charles, or Adrian Peterson with their first pick.

We can’t help you there.

But if you wanted to draft a fantasy team of investors ranging from angels to micro-VCs to corporate VCs, here’s who the data says you should pick among Angel Investors, Angel Groups, Micro-VCs, Corporate VCs, Venture Partners, and AngelList Syndicates.

Our fantasy guide to investors below. 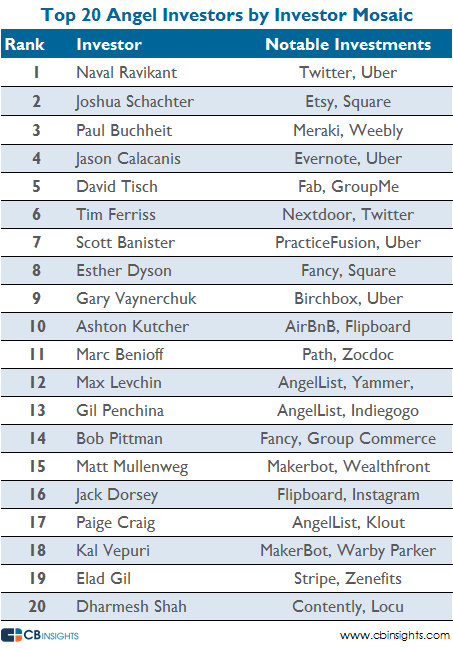 When drafting angel groups, Life Science Angels tops the list of investors, with investments in Zogenix (IPO) and Nanostim (Acquired by St. Jude Medical), among others. Queen City Angels and Boston Harbor  Angels rounded out the top 3, with multiple notable exits in healthcare companies including a pair of Ohio-based healthcare companies in Akebia Therapeutics and Aerpio Therapeutics for Queen City Angels, and Smart Cells and Carbonite for Boston Harbor Angels. 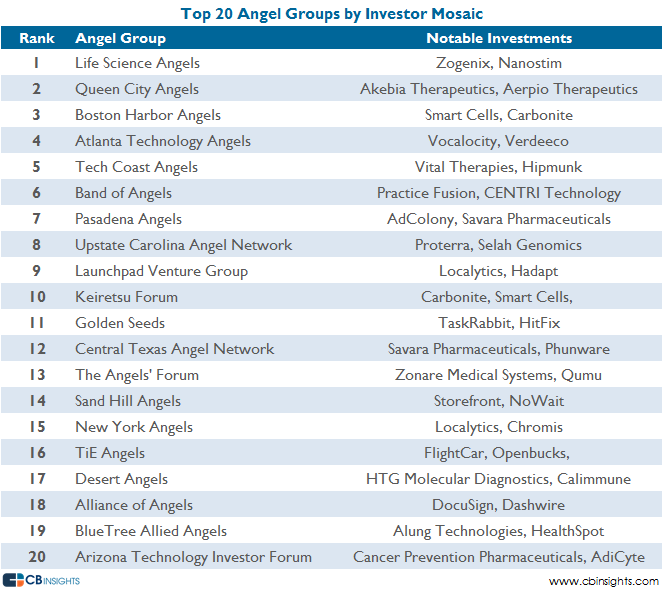 When it comes to micro-VCs, network quality is of the utmost importance. When looking at the Micro-VCs with the strongest networks, SV Angel ranked first with notable co-investors being Andreessen Horowitz, Lerer Ventures, and Founder Collective. SV Angel also appeared as a top co-investor for 11 of the other top 13 Micro-VCs with the strongest networks, a clear display of their reach in the venture community. 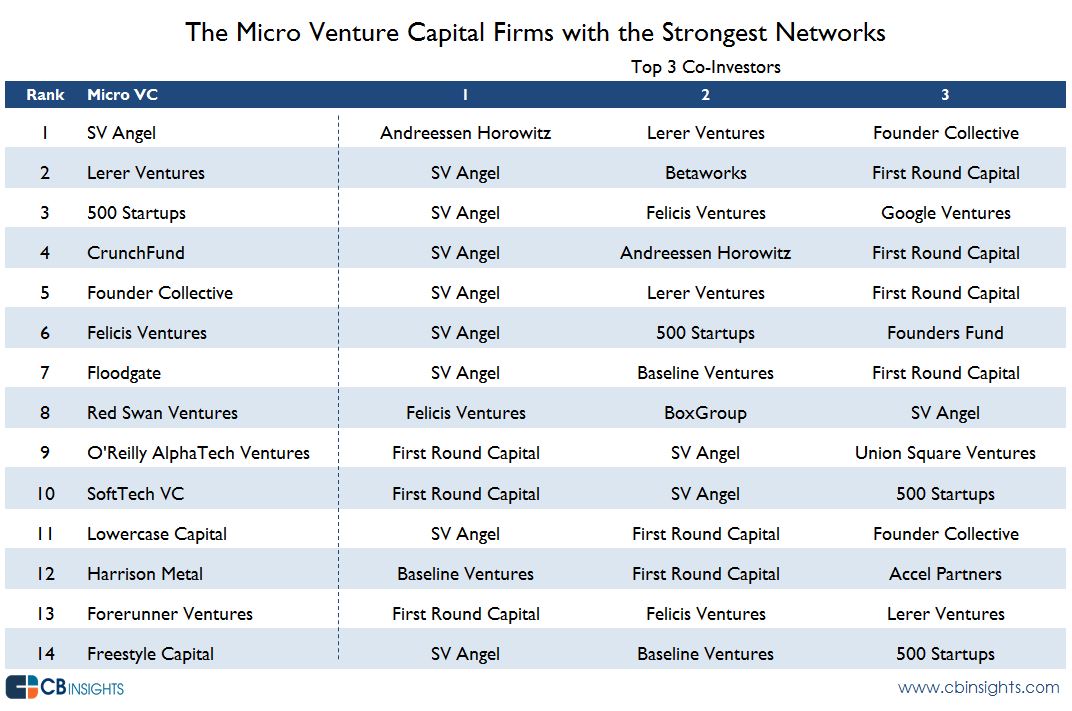 Check out our complete Micro-VC rankings.

Qualcomm Ventures and Intel Capital round out the top 3.

When it comes to individual partners to draft, our algorithms highlight Peter Fenton of Benchmark Capital as the most influential of all tech VC partners. Other top VC Partners by influence were Peter Sonsini of New Enterprise Associates and Mike Volpi of Index Ventures.

When AngelList launched Syndicates, several well-known figures in tech created vehicles to allow others to co-invest in their deals. We ranked some of the largest syndicates and found that Jason Calacanis, an early investor in both Uber and Tumblr, was the top investor among all AngelList Syndicates. Scott & Cyan Banister were #2 and Tim Ferriss came in at #3. 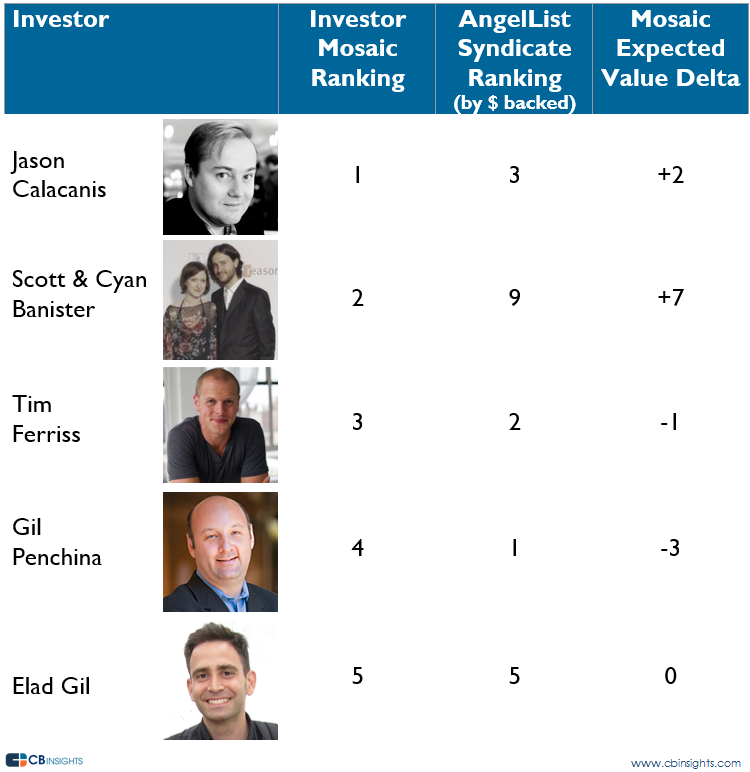 For more data surrounding private companies and their investors, login to CB Insights or sign up for an account below.