Research Brief
1389
Intuit has acquired more companies in 2014 than any of the past 5 years. We analyze their acquisition activity, industry focus, and geographic areas of focus.

Intuit’s inclusion on our Periodic Table of Tech surprised some folks so we dug into the data a bit. But as our ranking of top tech acquirers highlighted, the firm has been on an acquisition tear over the past two years having done more acquisitions since 2013 than the previous 5 years combined. Intuit’s CEO recently stated that their increased acquisitions are a step towards the company’s mission “To be the operating system behind small business success…”.

After 9 acquisitions from 2008-2012, Intuit acquired 6 companies in 2013, and has acquired 8 thus far in 2014, the highest single-year tally in the past 10 years. The largest transaction for Intuit thus far this year came in the form of a $360M acquisition of Check, a mobile bill pay company. This is the second largest reported acquisition for Intuit since 2008, with the 2012 $423.5M deal to acquire Demandforce holding the top spot. 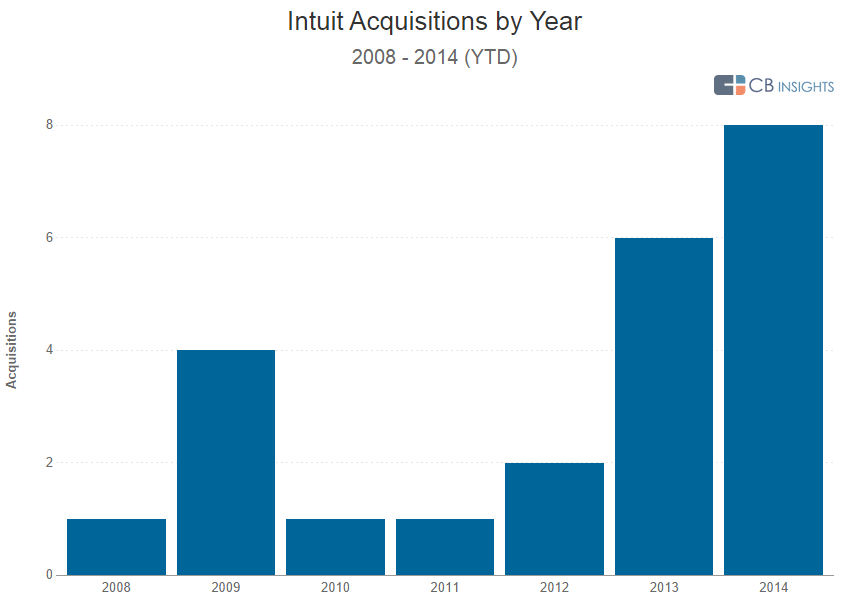 Intuit acquires within its core business

Since 2008 Internet Accounting and Finance has seen the most acquisitions of any sub-industry with 4, with Billing, Expense Management, and Procurement trailing by one. Of note, all 3 acquisitions in the Billing space (Invitco, Lettuce, Prestwick Services) have come in 2014, supporting the CEO’s strategic intent to make Intuit the small businesses operating system.

Of the 4 Accounting and Finance acquisitions, 3 have come since 2013. PaySuite is the most recent, as the UK-based online payroll services company was acquired in August 2014 in order to bolster QuickBooks Online’s international presence. KDK Softwares and GoodApril, the first company acquired pre-demo day out of Techstars, were Intuit’s other two transactions in the space since 2013. See below for all sub-industries with multiple acquisitions since 2008. 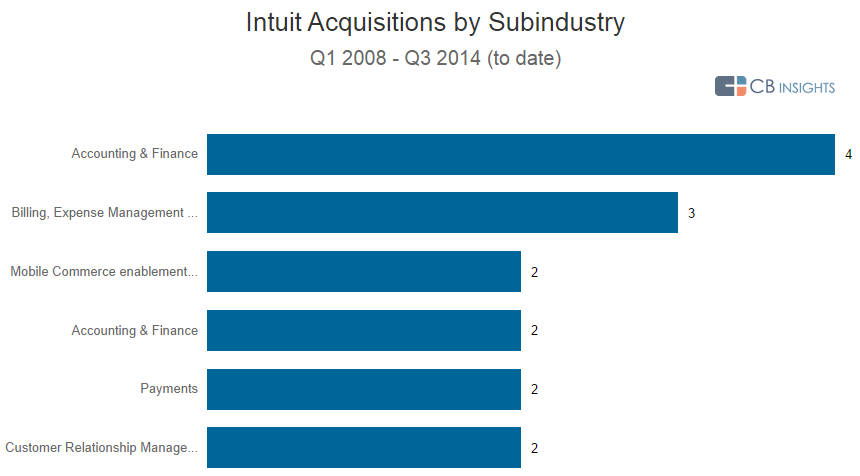 Intuit has acquired over 10 California-based companies since 2008, including 8 since 2013. Massachusetts and Washington have each seen a pair of acquisitions in the same time period, while Illinois (itDuzzit) and North Carolina (MedFusion) rounded out the US acquisitions. On an international level, India, the United Kingdom, and Australia each have seen an acquisition in 2014. 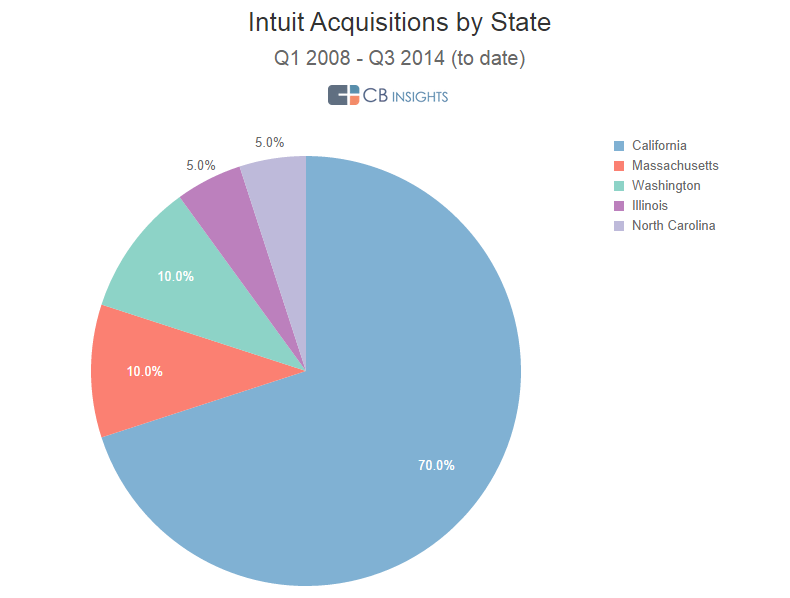 For more data surrounding Intuit and other top acquirers’ M&A activity, create a free trial account below for access to CB Insights venture capital database and the Acquirer Analytics capability.