Research Brief
1596
A surge in $100 million mega-financings resulted in a big funding year for internet startups.

Venture capital investment into Internet companies reached $19.6B in 2014, up 67% versus 2013.  The rise in funding levels was driven by an increasing number of mega-financings to a small but growing group of internet startup high-fliers.  As a result, deal activity ticked up just modestly as 1675 total deals were closed in 2014, up 7% YoY. Funding levels peaked in Q2’14 at $5.6B behind mega-deals to AirBnB, Pinterest, and Automattic which totaled over $800 million. 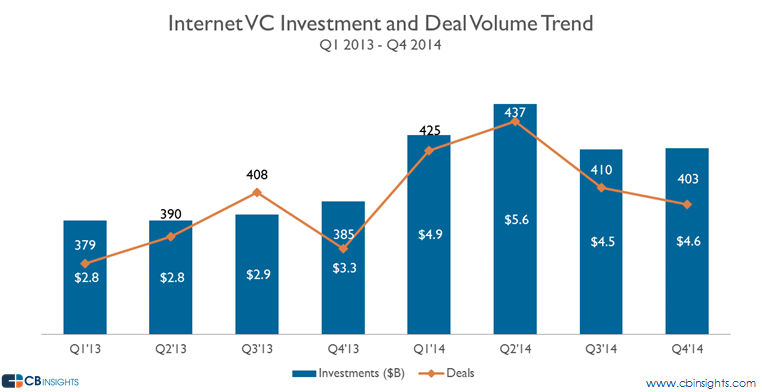 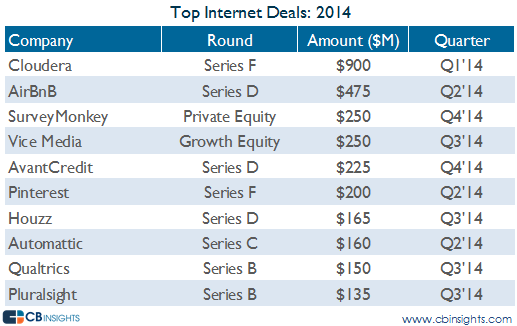 California continued to dominate the overall Internet industry in terms of deals with 46% of all deals going to the Golden State. New York held its ground for the second straight year with a 16% deal share, more than double the share of rival tech hub Massachusetts, and over 5x as many deals as any other state. Vice Media’s $250M growth equity financing as well as Flatiron Health’s $130M Series B which featured Google Ventures and First Round Capital were the two largest deals to NY Internet companies. 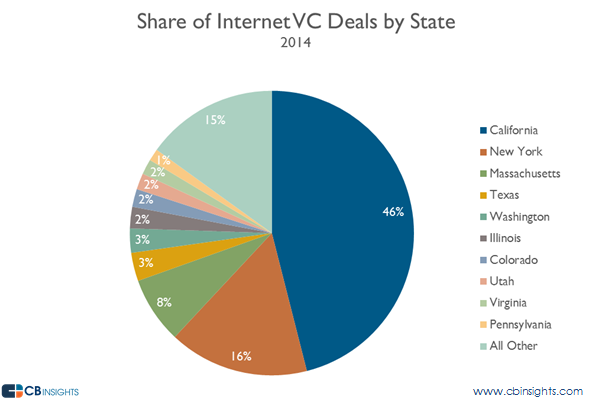 Business Intelligence companies continued to dominate both the deal and dollar share for Internet subindustries, taking 10% share of each. Three BI companies raised $100M+ rounds in 2014 including Qualtrics ($150M), Domo Technologies ($125M), and Anaplan ($100M).  Ad, Sales & Marketing, CRM, and Monitoring and Security companies all saw half the amount of VC dollars in 2014 with a 5% dollar share. Overall funding remains fairly diverse across all subindustries as evidenced by the large contingent of “Other” investments which is nearly 40 other sub-industries which each had less than 2% share. 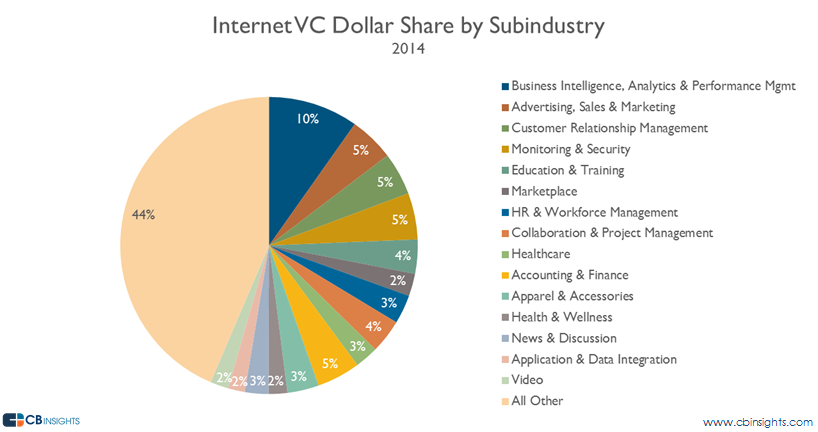 Track investment into internet companies globbally by logging into CB Insights or signing up for a free trial below.