Massive industries ranging from insurance to healthcare are being transformed by the rise of Internet of Things startups, and consumers are increasingly welcoming connected devices into their homes and onto their bodies. Our prior research has mapped out the private company landscape in the general IoT, industrial IoT, and healthcare IoT industries.

While the general IoT space remained hot over the past few years, last quarter’s deal activity hit the lowest level since early 2013. Using CB Insights data, we examined investment trends for IoT startups through the first half of 2016.

Looking at an annual scale, IoT is on track to see a fall in funding this year, as well as a dent in dollar funding. At the current run rate, IoT will see a roughly 30% fall in deal activity and a 7% fall in funding year-over-year. 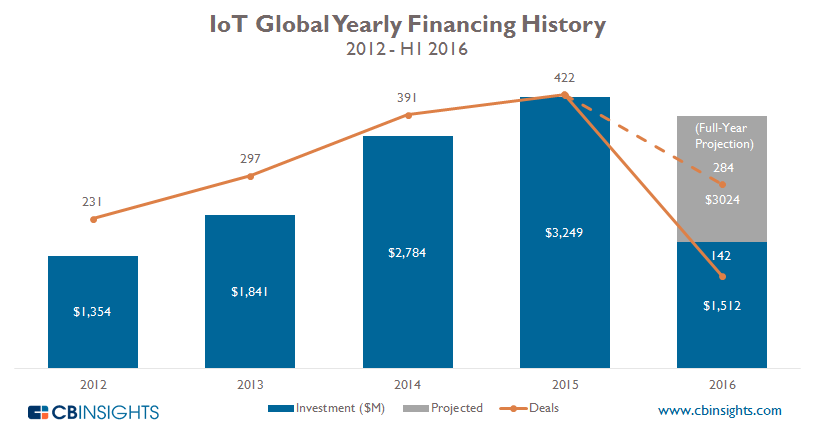 Drilling into the quarterly trends, there’s been on a downswing in deal volume since a peak was hit in Q2’15. Funding sank from $837M in Q1’16 to $656M this quarter, and activity fell from 75 deals to 62. Quarter-over-quarter, that translates to a 22% fall in funding and a 17% decrease in deals. Q2’16 also represented the lowest quarterly deal total since Q1’13. 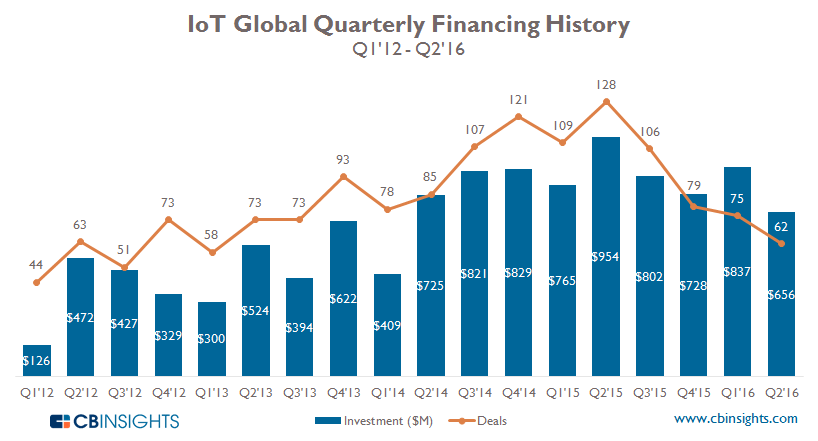